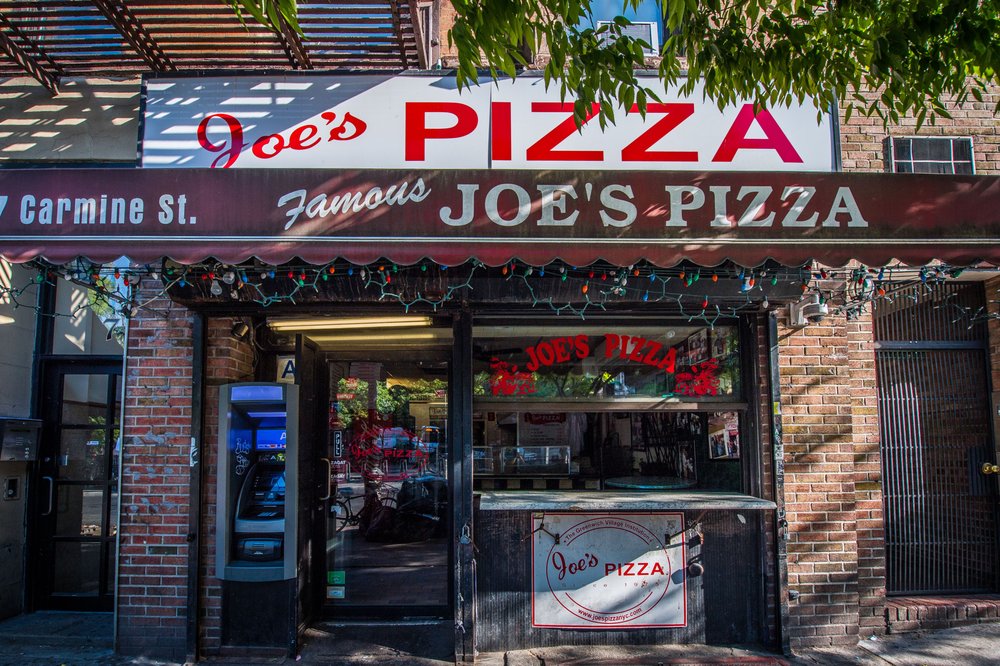 New York is famous for its pizza battles.

First there was Ray's, then it was Patsy's, and now it's Joe's–again. (remember the Joe's Pizza of Bleecker Street case back in 2011?).

According to a story in The New York Times, Famous Joe’s Pizza (JP) and Famous Joe’s Pizza of the Village (JPV) are involved in a trademark case in which JP is accusing JPV of intellectual property theft and the misappropriation of celebrity endorsements.

During the case, topics have come up involving JPV's use of a similar font on his pizzeria's sign, the use of JP's logo on JPV's Twitter page, and photos of celebrity Tobey Maguire that were taken at JP being posted on the walls at JPV.

As with most feuds, this one began when the owners of Famous Joe’s Pizza on Carmine Street in Greenwich Village, Joe Pozzuoli Sr. and his son, Joe Jr., fired Victor Zarco in 2004​, and Zarco decided to open his own pizzeria on Fifth Avenue in Brooklyn, calling it Famous Joe's Pizza of the Village.