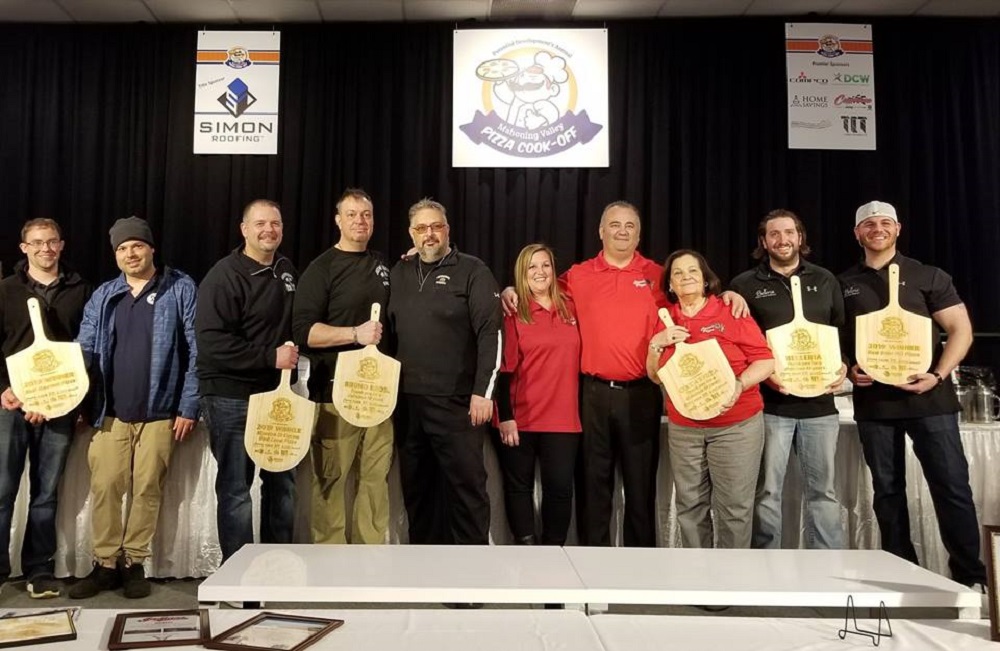 If you need ideas for a new award-winning pizza, ask a fifth grader. Or maybe a bunch of fifth and sixth graders.

That’s how Pizza Joe’s, a chain with stores in dozens of neighborhoods across eastern Ohio and western Pennsylvania, hit upon their Italian Philly Steak recipe, winner of the Best Gourmet Pizza award at this year’s Mahoning Valley Pizza Cookoff.

The pizza was developed by a group of students at Lakeview Middle School in Cortland, Ohio, in the Junior Achievement Innovation Challenge, which teaches entrepreneurship to children. This year’s project challenged kids from schools across Trumbull County to come up with a new pizza idea and pitch it to Pizza Joe’s management.

Forty-three teams of fifth- and sixth-graders took part in the competition. Pizza Joe’s settled on a pie the students called the Italian Bulldog (in honor of the school's mascot), later renamed the Italian Philly Steak. According to WKBN, the pie features a butter sauce with shaved beef, roasted red peppers, tomatoes and mozzarella cheese.

The Italian Philly Steak pie will be available at the Pizza Joe’s location in Trumbull County through April.

Choosing a winner wasn’t easy, said Katie Seminara-DeToro, CMO of Pizza Joe’s, in a press release.  “We were extremely pleased with the attention to detail in the pitches, which made it very difficult for us to select three finalists. We based our final decisions on cohesive presentation, the ability to answer our questions on the fly, and, of course, flavor concept. This program was an awesome way for us to mentor young entrepreneurs, and all participating schools can be proud of the care and thought their students put into their concepts.”