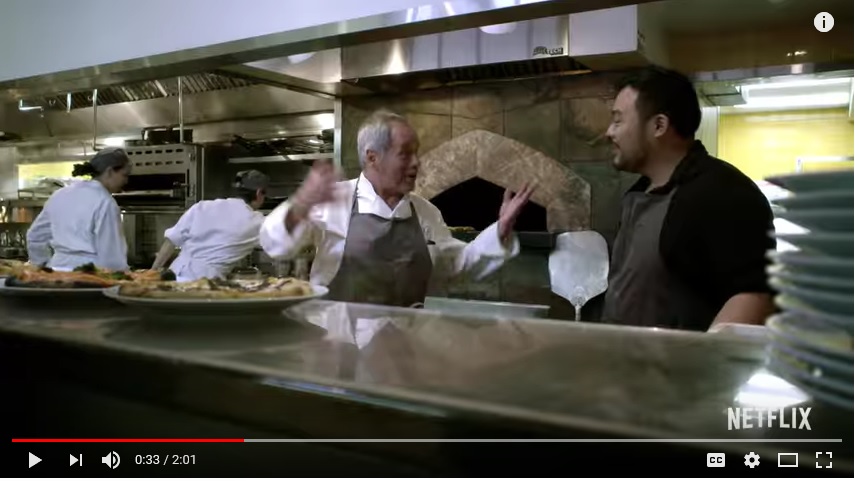 Pizza was the topic of conversation on the first episode of the new Netflix show "Ugly Delicious."

The premise of the show is a culinary tour around the world with award-winning chef David Chang as he's joined by friends and colleagues on a quest to find food's roots, traditions and cultural influences.

On the debut episode, Chang wanted to find out how important traditional ingredients and cooking methods were to the creation of pizza, according to a story on Eater.

Chang and his friends visited a wide array of pizzerias to explore the differences, which included Lucali in Brooklyn; Savoy in Tokyo; Frank Pepe in New Haven; Spago in LA; Totonno's in Brooklyn; Pizzeria Da Attilio in Naples; Bæst in Copenhagen; Pepe In Grani in Caiazzo, Italy; Domino's; and Seirinkan in Tokyo, according to the story.

In the end, Chang had the following to say about authenticity, according to Eater's observations of the episode:

“I view authenticity like a totalitarian state, it’s something that I think has been overvalued, but the reality is that it hasn’t been scrutinized enough. If you really boil it down to why food in Italy is going to be so good, it’s because you’re there. The terroir makes a big difference, there’s microorganisms, there’s the people there, there’s the smells — it’s what makes it. It’s not that I hate authenticity. I hate that people want this singular thing that is authentic.” — Chang

What's your opinion? Let us know in the comments how you feel about the importance of authenticity in your pizza.