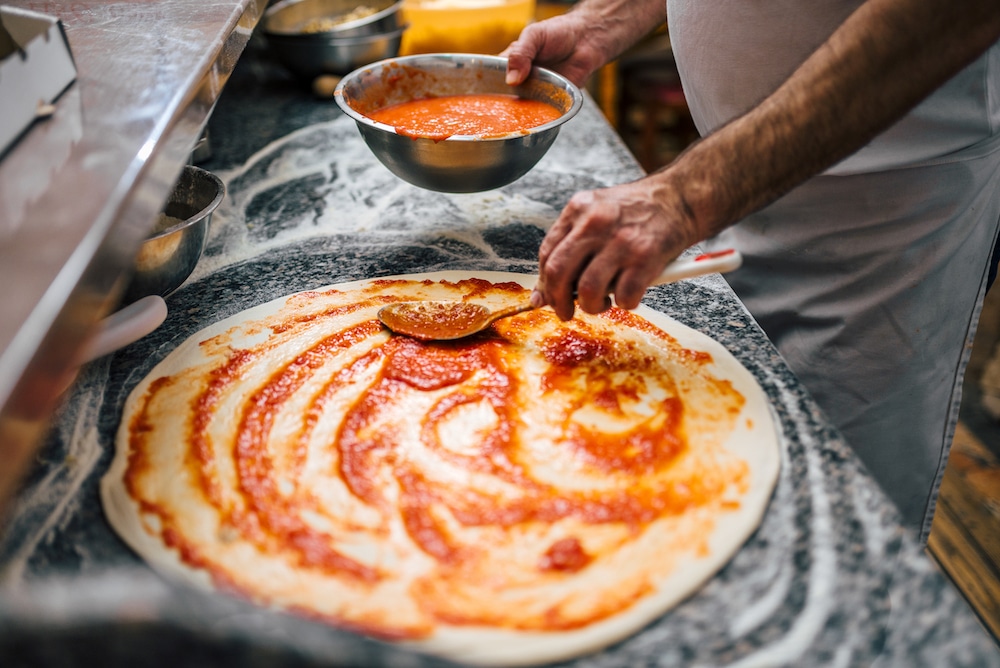 Another pizza war has erupted as New Jersey officially declares itself the pizza capital of the world.

Why is New Jersey the pizza capital of the world? Because New Jersey says so.

We’re not saying it’s true, mind you—we just report the pizza news here. But the Garden State did make the claim on its official Twitter account, just a few weeks after proclaiming itself the “bagel capital of the world” in a similar fit of Jersey-proud hubris.

The tweet, posted on Thursday, February 6, on the @NJGov account, was intentionally timed for National Pizza Day, coming up on Sunday, February 9.  It read, “This Sunday in honor of #NationalPizzaDay we will be declaring NEW JERSEY: THE PIZZA CAPITAL OF THE WORLD.” 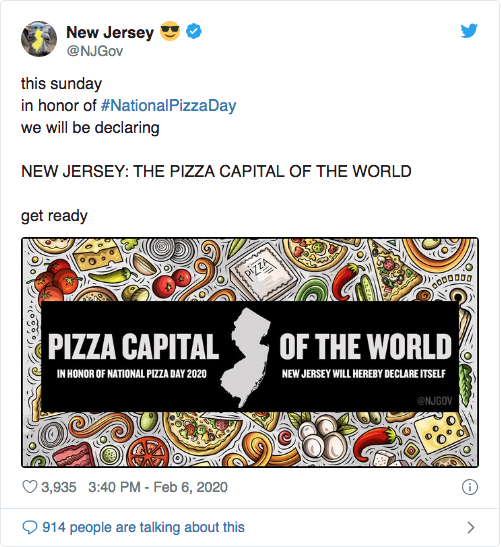 Not surprisingly, it took little time for a “pizza war between the states” to break out. Connecticut Governor Ned Lamont later tweeted his state’s snarky response: “Relax, New Jersey. I will proudly proclaim Crimped Hair Day, Wearing Socks With Sandals Day and Don’t Pump Your Own Gas Day in your honor. But Connecticut is clearly the Pizza Capital of the World.”

But NJ.com food columnist Pete Genovese, author of numerous books about New Jersey’s culinary scene, leapt to the Garden State’s defense. “As the person who has eaten at more NJ pizzerias than anyone else on earth, I support this message,” he tweeted. 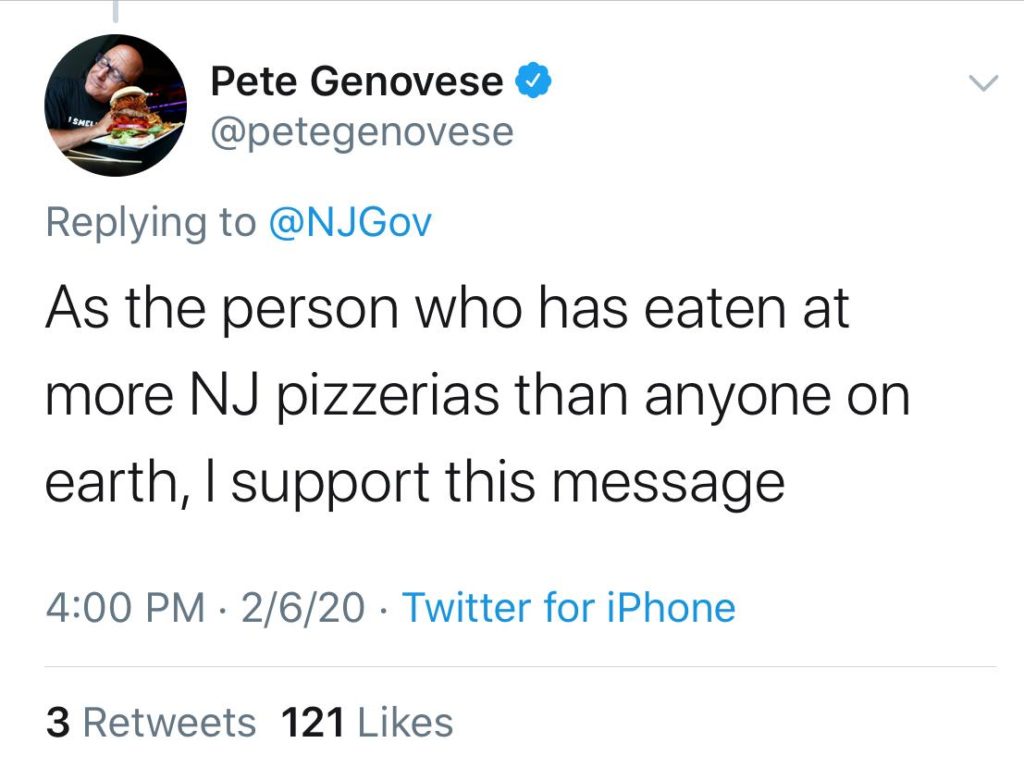 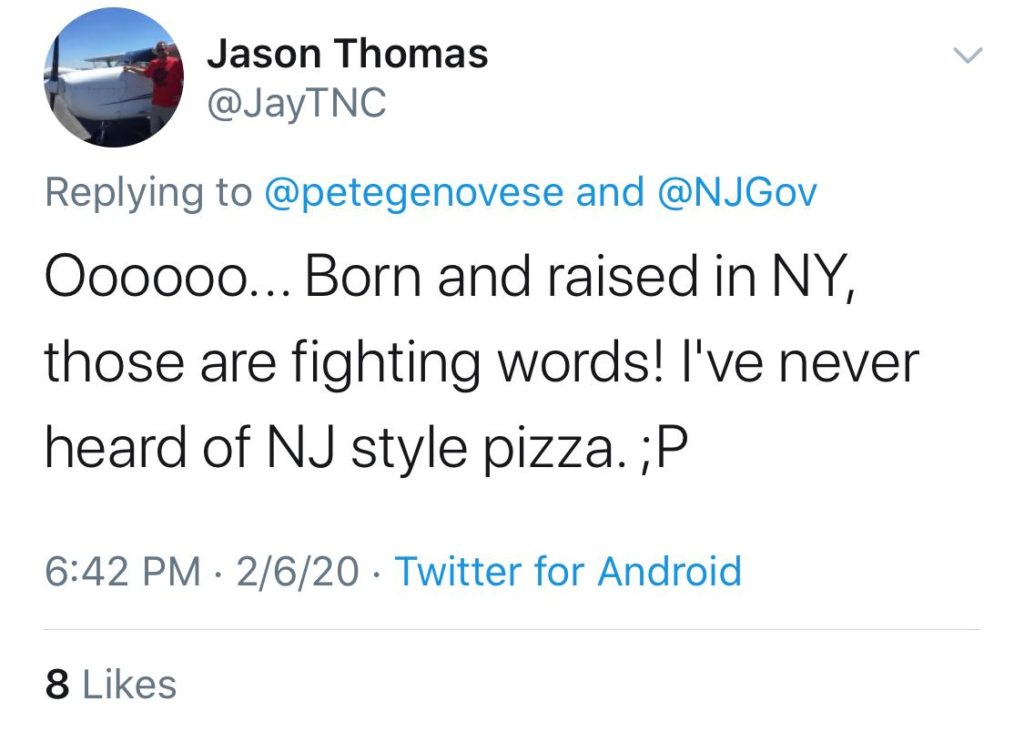 Another Twitter user disagreed with both the New Yorkers and the Jerseyites, pointing out that Barstool Sports founder Dave Portnoy had declared New Haven, Connecticut, to be the “undisputed pizza capital of the world.” Undisputed? That might be the overstatement of the century even by Portnoy’s standards. 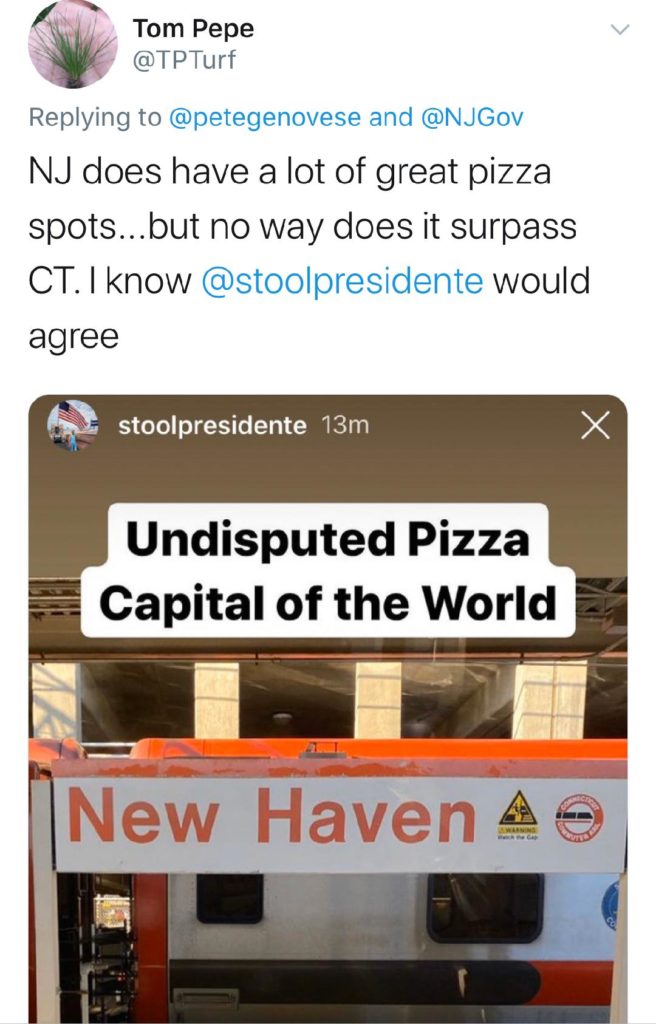