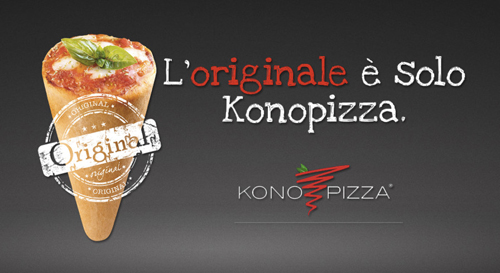 Three entrepreneurs are partnering with the Italian company Kono to bring pizza cones to hungry customers in Southern New Jersey and the Philadelphia area.

Philly.com says Eric Ciancaglina, his dad, Gino, and his uncle, Anthony, bought a franchise from Kono after seeing a segment on pizza cones featured on Good Morning America. In Italy the savory cones are known as “pizza al passeggio,” or walk-around pizza. the New Jersey residents took their Kono cart two weeks ago to the Pinelands Music Festival in Millville, New Jersey, where they sold 240 pizza cones. Now they’re heading to the Haverford Music Festival September 12, with two other Philly-area events planned in September.

Read more about the pleasures of eating your pizza in a vertical cone instead of a flat slice.