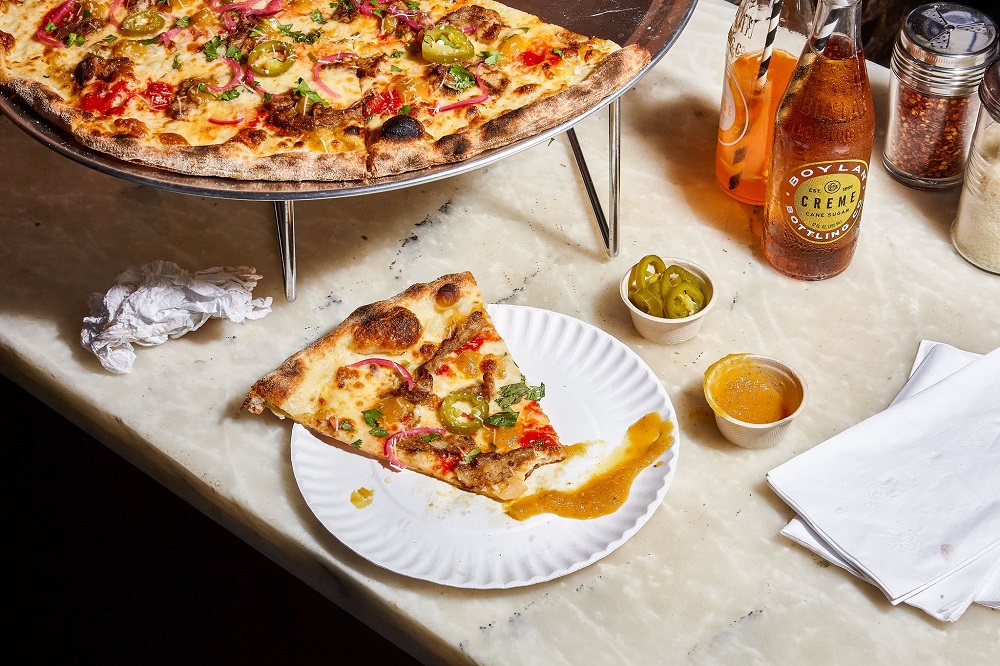 Elzer, who also owns Sauce Restaurant, brings his grandmother’s recipe for tomato gravy to the table along with other dipping sauces that include Bolognese, Mantecato and Passato. And the concept has already earned rave reviews from Scott Lynch at Gothamist, who has proclaimed the pizza “excellent,” adding, “The sauce is also good, and dipping as you go along is not nearly the travesty you might think. Especially when you get to the crust at the end.”

The menu features thin-crust specialty pies like the Upside Down Cheese Pie, in which the mozzarella, pecorino cheese and tomato sauce are laid down on the crust in reverse order and then sprinkled with bread crumbs, plus a Vodka Pie (made with a vodka-based mantecato sauce, fresh mozzarella and basil) and the Al Pastor Pie, topped with roasted pork, jalapeno, pickled red onions, pecorino and a pineapple sauce.

Customers pick up their pies at the counter and can gawk at the décor—including a peculiar mix of religious imagery (such as the Virgin Mary) and a collage honoring famous rappers. For dessert, they can enjoy floats featuring Van Leeuwen soft-service ice cream and Boylan’s soda.