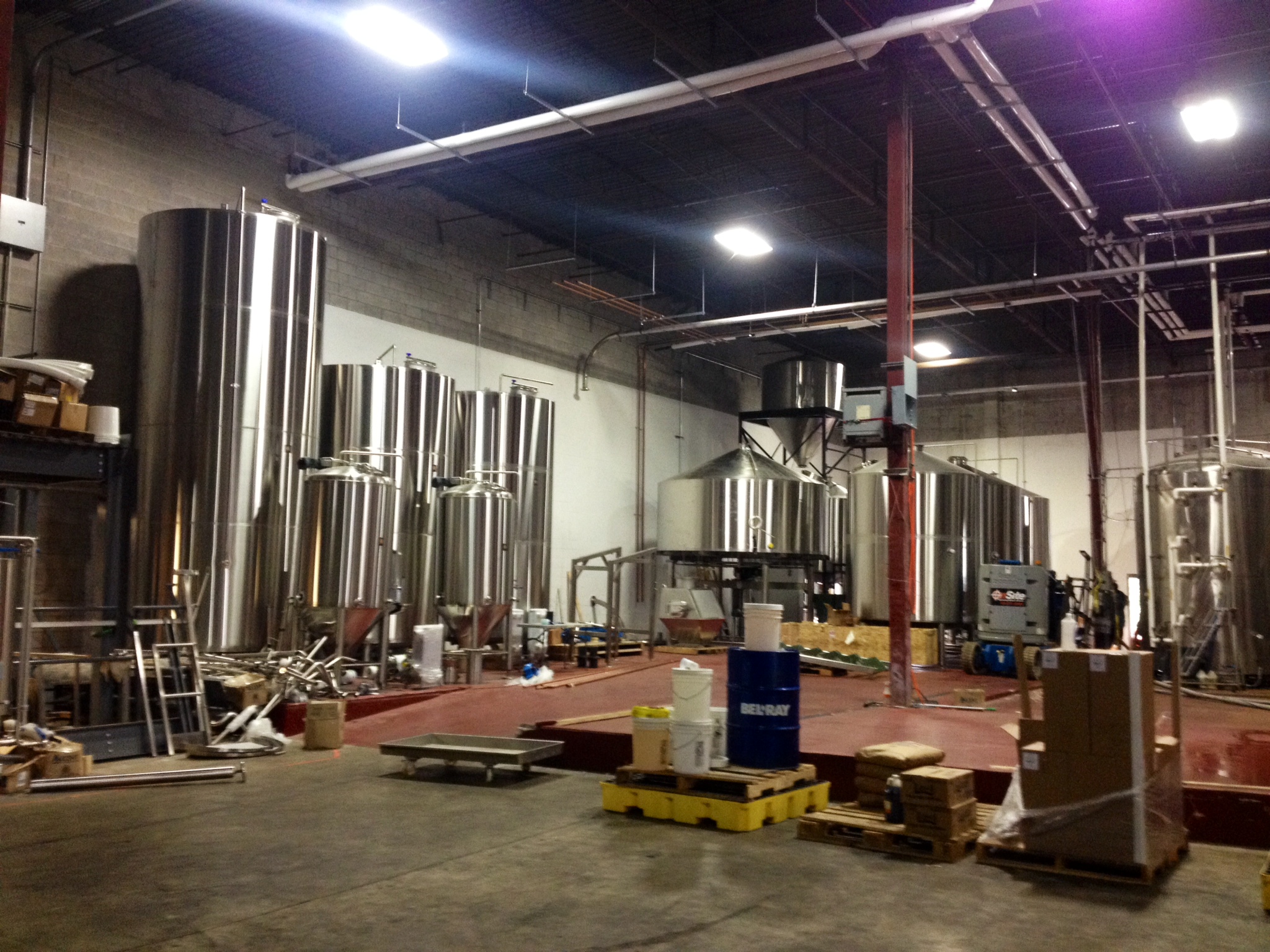 The installation of a new brewhouse is underway at the Heavy Seas brewery. The equipment will be fully positioned and operating by September 2014. The term “brewhouse” refers to the equipment that is used to produce wort, which becomes beer during fermentation.

This advancement will increase the production capacity by 250%, expanding the potential daily production from 200 barrels to 480 barrels per day. The brewery’s original 50-barrel system is being replaced with a 60-barrel, 5-vessel system built by Newlands Stainless.

The potential capacity of the new brewhouse is 175,000 barrels per year if operated 24 hours a day, 7 days a week.  As part of this expansion, Heavy Seas has added two 240-barrel fermenters, and has also ordered one 300 barrel bright beer tank, which will take its effective production capacity to just under 70,000 barrels for 2015. Heavy Seas is on pace to produce approximately 45,000 barrels this year.