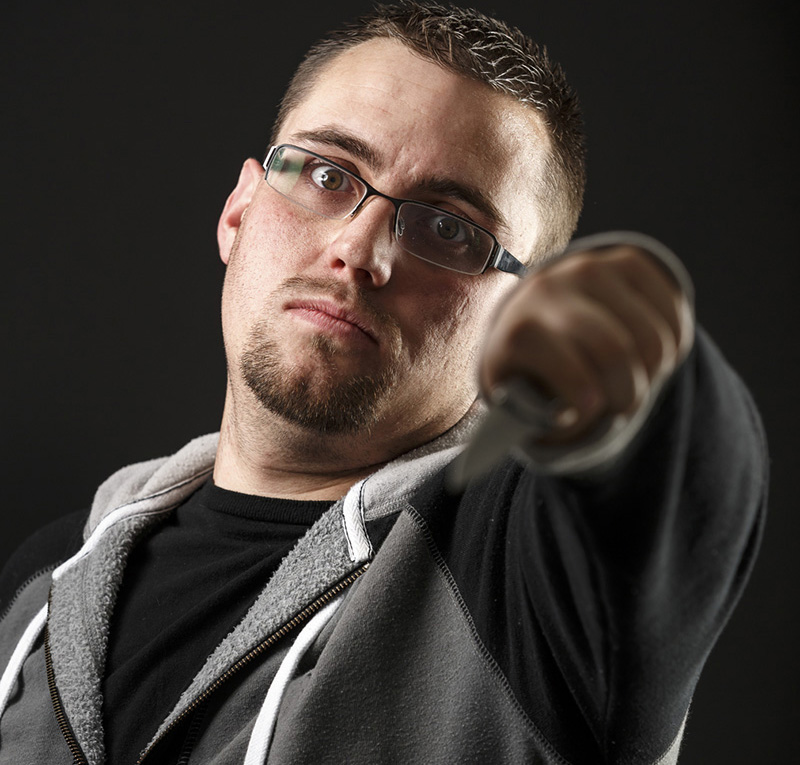 When a pizza delivery man tried to be a good Samaritan, he almost got robbed at knifepoint for his trouble. Then he turned into Dirty Harry—and taught the would-be robber a lesson about unscrupulous behavior.

According to the Daytona Beach News Journal, pizza delivery man Shawn Campbell was driving on a road near DeLand, Florida, when he spotted a man lying on the side of the road. Concerned, Campbell pulled over and approached the man to check if he was OK. The suspect, described as six feet tall and heavy-set with a blonde goatee, suddenly stood up and threatened the good Samaritan with a large knife. “Give me your money, or I’ll kill you,” the suspect reportedly said to Campbell.

In response, the News-Journal article states, Campbell “grabbed the man’s arm and twisted it, forcing the robbery suspect to drop the knife. Campbell punched the man in the face two times before running back to his car and driving off.”