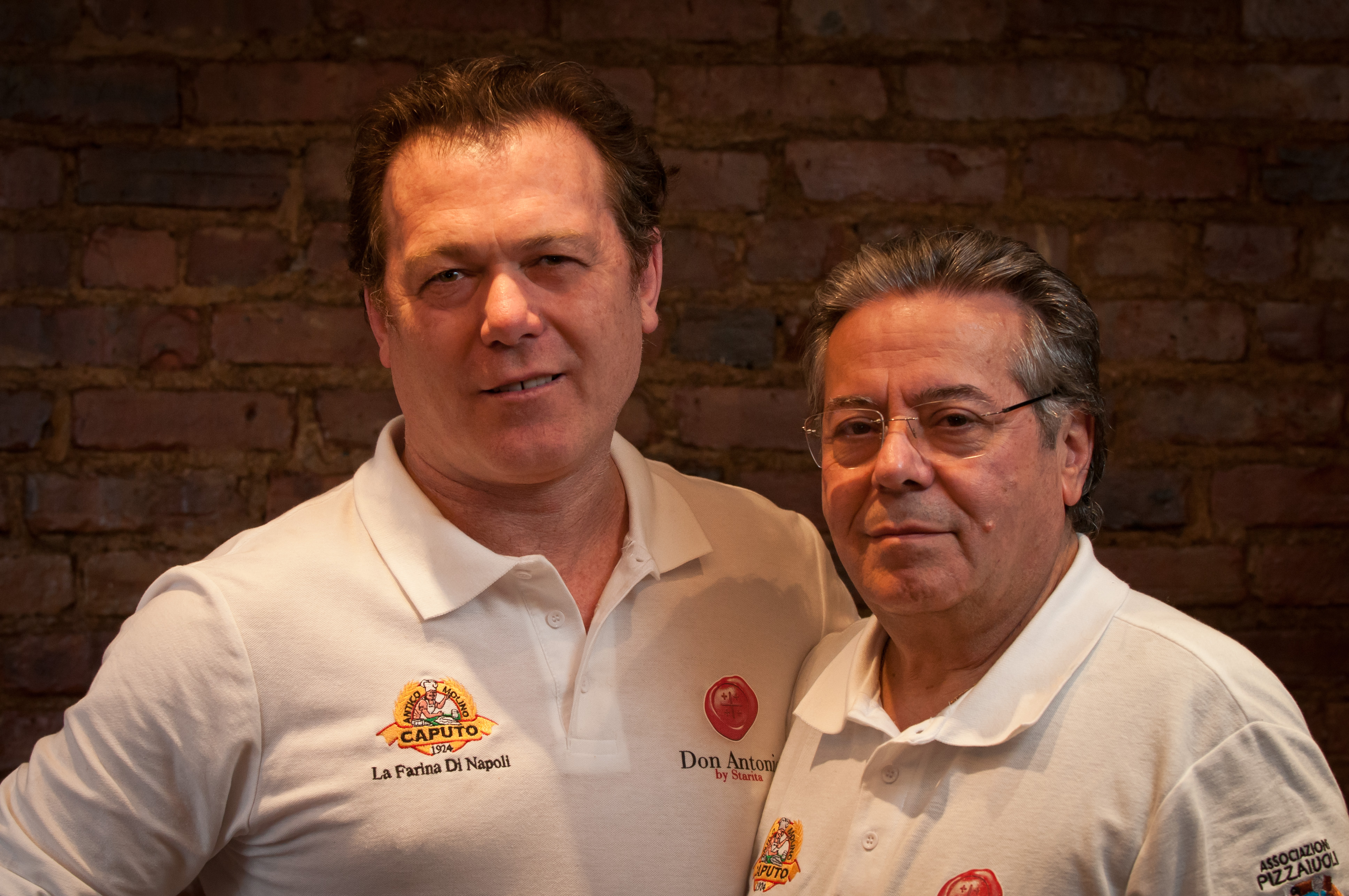 (ATLANTA, GA, JANUARY 7, 2014) — Neapolitan Pizza titans Roberto Caporuscio and Antonio Starita, have opened the eagerly anticipated Don Antonio by Starita in Buckhead. The pizza-powerhouses have joined forces to offer fans a roster of 60 piping hot wood-fired pies and more, crafted from the finest ingredients, including housemade mozzarella and burrata. The restaurant is the second location of the New York City hotspot.

Said Caporuscio, “We are excited to bring authentic Neapolitan pizza to Atlanta. We’ve been working on strategically positioning the Don Antonio brand to other areas of the country. An opportunity in the prestigious Buckhead area of Atlanta seemed like the perfect location to expand to the south.”

The menu, which is divided into sections red pizzas, white pizzas, fried pizzas, specialty pizzas and gluten-free options, is also coded “V” for vegan items and “VE” for vegetarian offerings. Said Starita, “We’ve taken themost enjoyed pizzas and specialties from our homeland and combined them with proven winners from New York. There’s something for everyone on our menu.”

Not to be missed is the restaurant’s signature pizza, “Montanara Starita” – lightly fried pizza dough, topped with Starita tomato sauce and imported smoked buffalo mozzarella, then finished in the wood burning oven – a combination and technique first created by Mr. Starita fifteen years ago, emulated by many pizza makers.

Other artisanal highlights include:

Occupying a 3,500 square foot space, Don Antonio by Starita includes 108 seats in the main dining room, 32 outdoor seats, and a private room which can accommodate 52 guests for special events, parties or business functions. The focal point is not one, but two Acunto wood-burning ovens, made by the preeminent manufacturer in the Neapolitan pizza-making world. Adorned with red, sleek, mosaic tiles, the twin ovens hand-crafted in Naples using volcanic soil and stone from Mount Vesuvius, cook pizza in less than 90 seconds, due to blistering 850°F temperatures. Another highlight of the restaurant is an exposed kitchen with a mozzarella-making station at which patrons can view the cheese made from scratch daily. In other news, Don Antonio by Starita plans to open for lunch in February and begin delivery to local residences and businesses in March.

Roberto Caporuscio was born and raised on a dairy farm in Pontinia, Italy, an hour outside of Naples, where he first developed his culinary skills producing and selling cheese. However, it was in Naples, where Roberto went to study the art and craft of Neapolitan pizza-making, with the most talented pizza masters, including Antonio Starita. After training, Roberto came to the United States opened several successful pizzerias, and ultimately settled in New York City in 2009 and established Kesté Pizza and Vino on Bleecker Street. In February 2012, Roberto collaborated with his mentor, Antonio Starita, and opened Don Antonio by Starita, in Midtown, Manhattan.

Each endeavor brought critical acclaim from the culinary industry, and Roberto has become one of the most highly praised pizza chefs amongst his peers, and the subject of rave reviews in the media. His many testimonials include: “#1 Pizza in New York” by New York magazine, “Best Pizza” in the state of NY by Food Network Magazine, amongst the top 25 “Best Pizza Places the US” by Food and Wine. His pizzas have also graced the covers of Saveur and La Cucina Italiana magazines.

Born to a family of pizza makers in Naples, Italy, Antonio Starita began making pizza at the early age of 12, under the watchful eye of his parents and grandparents. Today, Mr. Starita is a third generation owner of one of Naples’ oldest and most revered pizzerias, Pizzeria Starita a Materdei, established in 1901. During Starita’s proprietorship, Pizzeria Starita has flourished to be become one of the preeminent pizza spots in Naples.

Regarded as an icon in the Neapolitan Pizza Industry, during his illustrious career, Starita has enjoyed many accolades, including his restaurant immortalized in Sophia Loren’s film “L’Oro di Napoli”, and selected by the Vatican to present Neapolitan pizza to the pope. In February 2012, Starita brought his craft to the United States, and opened Don Antonio by Starita in New York City. The following month, the restaurant was penned “Best Pizza in NY” by New York magazine. Maestro Starita is the International Vice President of the Association of Neapolitan Pizza Makers (APN) who travels the globe to communicate the word of pizza Napoletana, sharing his undying passion, vast knowledge, experience and influence, to a worldly audience.