Attilio Albachiara has a bone to pick and he’s doing it in the name of true Neapolitan pizza.

As a two-time S.T.G. champion in Parma and president of the Mani d’Oro Association, Albachiara is publicly disputing the 2019 S.T.G. winner at the World Pizza Championship (WPC) in Parma. “The clamorous violations of the Pizza Napoletana S.T.G. discipline lead me to request the revocation of Mr. Lorenzo Collovigh’s title of World Champion and cancellation from the list of S.T.G. winners,” Albachiara stated.

The S.T.G. category stands for Traditional Specialty Guaranteed (in Italian, Specialità Tradizionale Garantita). The category challenges a pizzaiuolo (as it is spelled in Naples) to create a pizza that follows the rigorous standards outlined by the Ministry of Agricultural, Food and Forestry Policies. For this category, the organization at the WPC hired an external judging panel, with members who are specially certified in S.T.G. standards. Nevertheless, Albachiara says this year there was injustice and not just because the winner wasn’t from Naples.

What were the clamorous violations exactly?

Albachiara has pointed out four specific errors by Collovigh that the competition judges should have noted. Ristorazione Italiana magazine succinctly sums them up:

1. Collovigh did not employ the “slap” method of stretching dough.

3. He used olive oil from an unmarked plastic bottle that made no mention whether it was D.O.P. (Protected Designation of Origin) or not.

4. He used a “fountain” of oil rather than only a spoonful.

The Battle on Social Media

Collovigh comes from Friuli, a region in Northern Italy bordering Slovenia and Austria. After his victory, Collovigh boasted rather grandiosely on Facebook and, in short, rubbed it in the Neapolitans’ faces. Collovigh wrote: 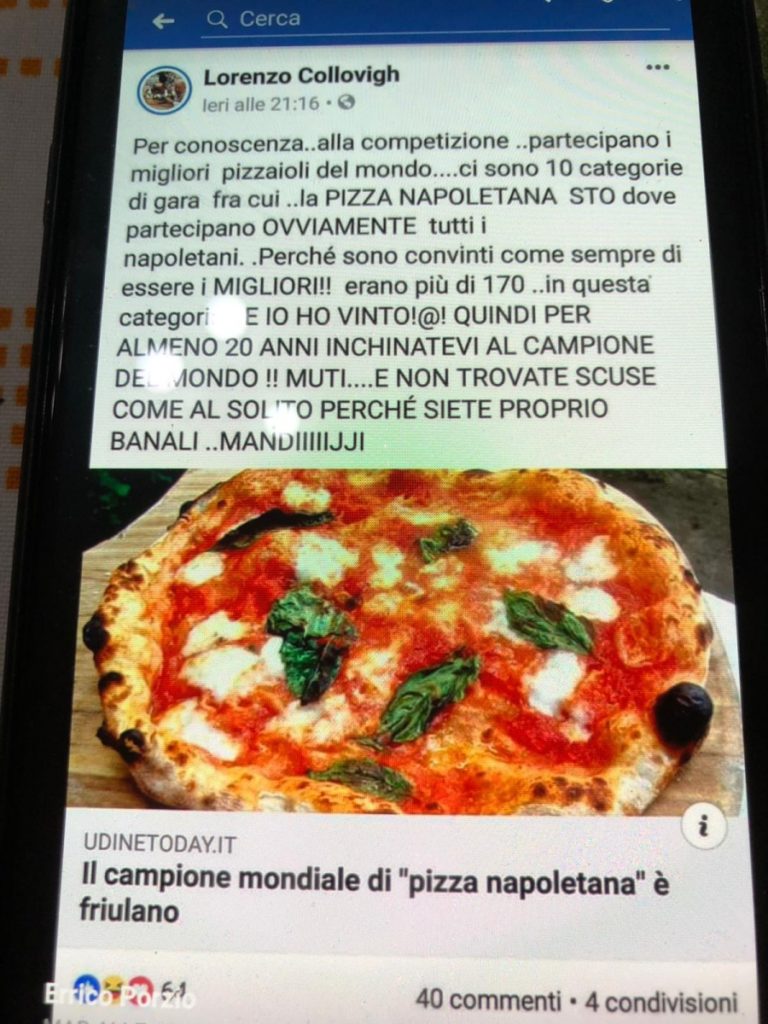 “As you know, the best pizza makers in the world compete in the competition. There are 10 categories of which there is Neapolitan Pizza STG where OBVIOUSLY all the Neapolitans compete, because they are convinced that they are the BEST. There were more than 170 in this category and I WON!! SO FOR AT LEAST THE NEXT 20 YEARS BOW DOWN TO THE WORLD CHAMPION. SHUT YOUR MOUTH. AND DON’T FIND EXCUSES LIKE YOU OFTEN DO BECAUSE YOU’RE REALLY INSIGNIFICANT.”

In response, Albachiara sent out a livid press release in which he directly blames the judging panel and not the WPC. He states, “Without criticizing the utmost seriousness and the unparalleled transparency of the organization of the World Championship in Parma, I would like to condemn the work of the competition inspectors. The external judging panel, handsomely paid by a serious and transparent organization such as that of Parma, being certified in Traditional Guaranteed Specialty, cannot and must not miss these errors.”

Albachiara goes on to pose a challenge. “To Mr. Collovigh, who shortly after the victory let himself go on [a social media tirade] aimed at his colleagues, I advise him to study and memorize the S.T.G. We’ll give him a trial in twenty years to see if he has studied well.”

“…Out of respect for those pizzaioli who have been shown to know and follow the rules, I ask that his name not appear on the list of S.T.G. champions. If this request falls on deaf ears, we will make sure that all the pizzaioli who do respect the rules will get their ‘reward’ in due time. Happy Easter to all!” Albachiara concludes. 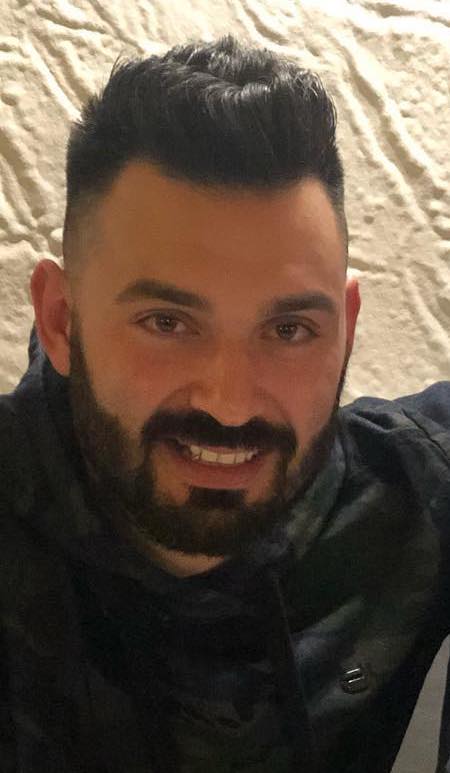 So was it an honest mistake, or is this grounds for a conspiracy theory? U.S. Pizza Team member Gianni Gallucci, the only U.S. Pizza Team member to compete in S.T.G., also left Parma feeling slighted by the judges. Gallucci was disqualified for having the wrong weight of ingredients, an allegation which he says doesn’t add up. “I live and breathe S.T.G.” says Gallucci. “It was just too obvious. My dough ball weighed 250 grams, my bufala 90 grams, and sauce 74 grams. Tell them to come up with some other bull—-!”

What would a pizza competition be without controversy? Pizza was recently voted the top food that brings happiness in Italy, but it certainly causes upsets too. Click here to see Albachiara’s complete statement in Italian here.

UPDATE: Telefriuli reports that Collovigh, having 25 years of experience, followed the discipline by the book and has publicly rejected any accusations of not conforming to the rules – except for when it comes to not wearing a hat.

Find them on Facebook and check out the buzz from their followers Lorenzo Collovigh and Attilo Albachiara.