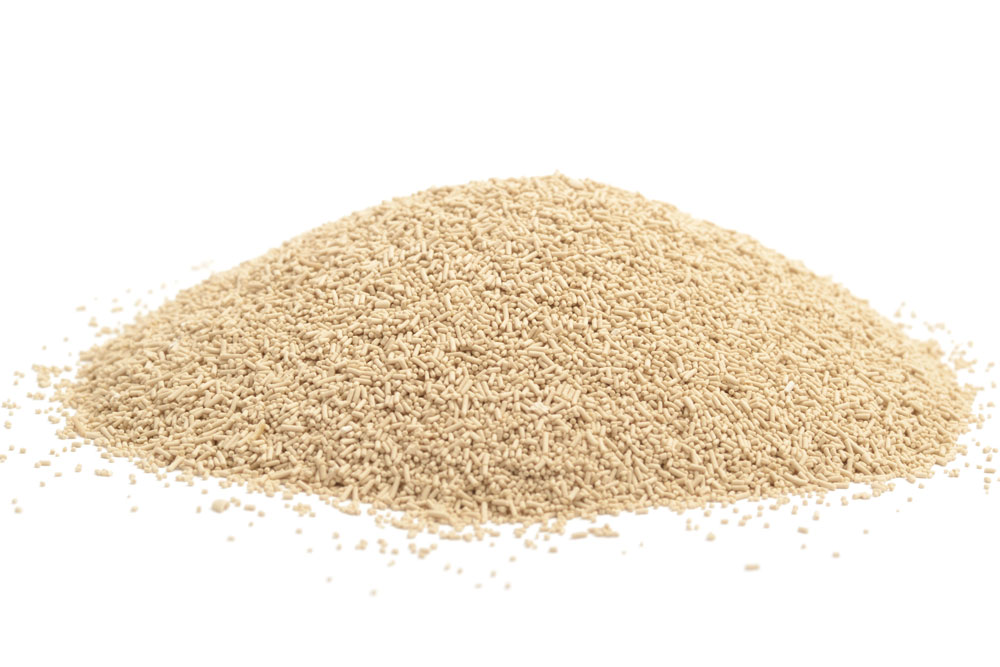 “If flour is the body of the pizza, yeast is the soul,” says Paul Bright, innovation manager at St. Louis-based AB Mauri North America. Who knew humble yeast could be described so poetically? But there are several reasons for its crucial place in dough making—and several different types available, from instant dry yeast (IDY) and active dry yeast (ADY) to lovingly tended mother and starter types. Here, experts answer your most pressing questions on the nature of the yeast.

Q: What exactly does yeast do?

A: You can’t see all the critical things yeast does to help make a great-tasting pizza, but, according to Bright, its workings are paramount: It feeds on the sugars naturally present in flour and, as a by-product of this feeding (fermentation), produces carbon gas, alcohols and organic acids. “The invisible gas produced by the yeast acts to raise or leaven the dough, which leads to the production of a tender pizza crust,” Bright explains. “The alcohols and organic acids produced by the yeast, also invisible to the eye, contribute to the overall desired flavor profile and processing characteristics.”

Moreover, Bright adds, yeast enables dough handling. “Ever tried to stretch out a dough right after mixing? It’s nearly impossible,” he says. “However, after several hours of fermentation, pizza doughs are much easier to handle, because all of the by-products of yeast fermentation act to mellow or relax the wheat gluten proteins present in the flour.” Hence, yeast fermentation makes it possible for pizza makers to produce consistent, high-quality crusts.

Tom “The Dough Doctor” Lehmann, owner of The Dough Doctor Consulting in Manhattan, Kansas, agrees that yeast is a multifunctional wonder, allowing dough to rise, creating greater extensibility, and contributing significantly to flavor due to its enzymes, which break down proteins in the fermentation process. When the dough bakes, the heat further breaks down those proteins and provides flavor to the finished crust. “Yeast forms three primary acids during fermentation—acetic, lactic and propionic—that are major contributors to flavor and aroma,” Lehmann says. “That’s what leads to a sharp or sour taste when dough is fermented too long.”

Q: IDY vs. ADY: Which type should I choose?

In the Pipeline Tom “The Dough Doctor” Lehmann, owner of The Dough Doctor Consulting in Manhattan, Kansas, is keeping full details under wraps, but he hints at a new yeast variety on the horizon—one that has the potential for rewriting dough management as we know it. He’s personally working on testing for an unnamed manufacturer, which has created a yeast that ferments normally at room temperature but comes to a full stop upon reaching refrigeration temperature, and he’s found positive preliminary results. “Dough balls have a limited life in the cooler, no more than seven days, but with this new yeast, you can ball it and store it,” he explains. “How long can it go—two weeks, a month? This new innovation could be industry-changing.” And you might not have to wait long for this latest development; Lehmann is hoping to have the details fleshed out by the end of July.

A: Bright notes that Instant Dry Yeast (IDY) and Active Dry Yeast (ADY) are similar strains that produce the exact same by-products of fermentation—but they’re processed differently at the yeast production plant. So why two different products? “ADY is a larger particle-size granulation and is designed to be rehydrated for 5 to 10 minutes with warm water prior to adding to the other pizza dough ingredients,” Bright says. “ADY will generally produce pizza doughs that are softer and easier to stretch after mixing, so it works well with traditional hand-tossed pizza.”

IDY has a smaller, more porous granulation, designed to be added directly into the dry pizza ingredients prior to adding water. It generally produces doughs that are stronger in gluten development, so they work well for thick, pan-style pizza. However, Bright stresses, both yeast types work well in all pizza varieties; selection boils down to the pizza maker’s preference for yeast handling, desired end product and baking characteristics.

Lehmann agrees that IDY, ADY and compressed yeast do not differ when used in correct substitution levels (but, he adds, substitution levels are merely a starting point; there are no absolutes, requiring a bit of trial and error). He recommends IDY simply because it’s easier to store and work with, and boasts a longer shelf life. Compressed yeast must be consistently stored at 34° to 40°, with performance dropping off after two weeks, while ADY must be activated in exactly 100° to 105° water before adding to dough. “IDY is goof-proof,” he says, “and has a one-year shelf life when unopened, so you may save money if you buy it in bulk.”

“Some swear by [starter yeast]. Others swear at it.”
—Tom “The Dough Doctor” Lehmann

Q: Mother and starter yeasts: Are they worth the effort?

A: Experts agree mother or starter yeasts can yield a fantastic finished product, with enhanced flavor development, but they’re certainly more work. Bright notes that, generally, pizza doughs using a starter will be softer in consistency (depending on the amount of starter added to the dough). “Using starters will introduce greater variability to the day-to-day operation of the pizza process, which may result in inconsistent mixing times, proofing or rise time if the starters are not carefully controlled,” Bright explains. “Controlling the yeast starter’s time of fermentation and temperature is critical to consistent processing, but, if done correctly and carefully, it can contribute to a more flavorful crust.”

Lehmann says these labors of “motherly” love work more easily in a small operation; when you’ve got five or six employees making dough, consistency can easily slide. He also sees starters being used in developing countries, where cutting down on yeast purchases helps save on costs. “Some swear by it,” Lehmann concludes. “Others swear at it.”