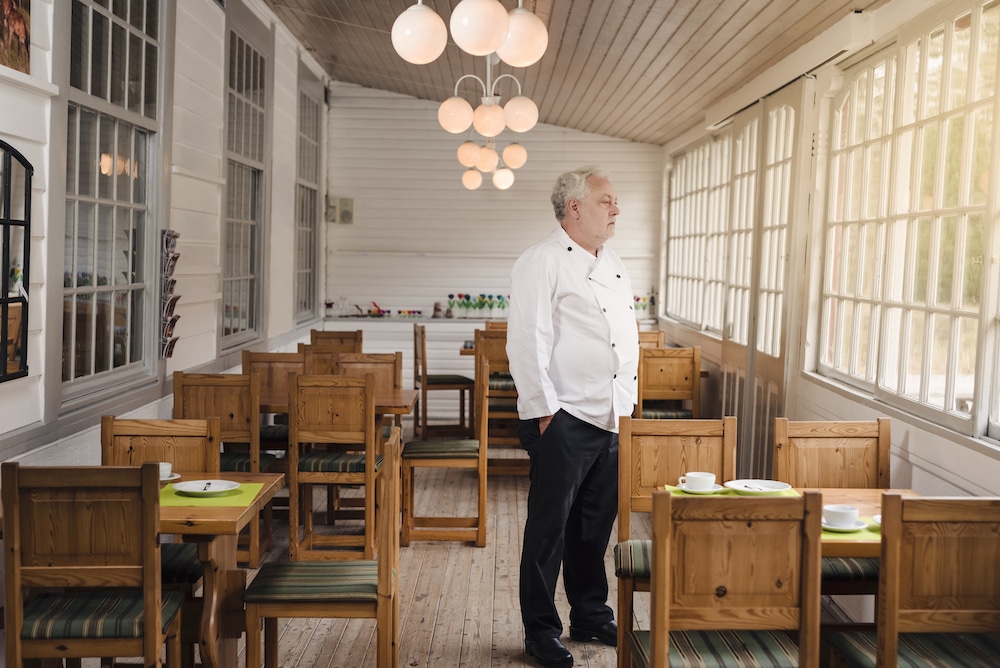 As more governors and mayors around the country impose new restrictions on indoor dining and bar service, the National Restaurant Association has sent a letter to the National Governors Association (NGA) arguing that restaurants are wrongly being scapegoated as “super-spreaders” of COVID-19.

“There is an unfounded impression that restaurants are part of the problem, and we are suffering as a result of inconsistent, restrictive mandates,” said Tom Bené, president and CEO of the Association, in the letter.

“Data tying systematic community outbreaks of COVID-19 to restaurants has yet to emerge, but we are too commonly labeled as ‘super-spreaders’ and have become a convenient scapegoat for reflexive shutdowns,” Bené said.

Related: Restaurant jobs in NYC down by 45 percent since February

Washington state Governor Jay Inslee is the latest official to put a statewide pause on indoor dining—this one for four weeks—while New Mexico, Michigan and Oregon temporarily shut down dine-in service last week. A ban on indoor dining also goes into effect this week in St. Louis County in Missouri.

New Jersey, Iowa and Minnesota now require that all restaurants and bars close dine-in service by 10 p.m. each night.

On the city level, dine-in service has been banned in Chicago and San Francisco.

In all the above-mentioned states and cities, outdoor dining, delivery and carryout are still permitted.

The National Restaurant Association maintains that a systemic outbreak of COVID-19 has not been linked to restaurants that are following strict safety guidelines, such as requiring masks for staff and guests, frequent hand sanitizing and social distancing.

The Association has predicted that the restaurant industry will likely lose $240 billion in revenue by the end of the year due to the pandemic. It has repeatedly called on Congress and President Trump to provide targeted relief to restaurants that are struggling to survive.

In September, the Centers for Disease Control and Prevention (CDC) released a study finding that adults with positive COVID-19 test results were about twice as likely to have reported dining at a restaurant in the 14 days before they became ill as compared to those who tested negative.

“In addition to dining at a restaurant, case patients were more likely to report going to a bar/coffee shop, but only when the analysis was restricted to participants without close contact with persons with known COVID-19 before illness onset,” the CDC researchers wrote.

The study did not specifically recommend closing dine-in service. “Eating and drinking on-site at locations that offer such options might be important risk factors associated with [COVID-19 infection],” it states. “Efforts to reduce possible exposures where mask use and social distancing are difficult, such as when eating and drinking, should be considered to protect customers, employees and communities.”

The National Restaurant Association slammed that report as “irresponsible,” noting that restaurants are meeting the safe operations guidelines required by the CDC and other government agencies.

In a study published in Nature last week, researchers from Stanford University, Northwestern University, Microsoft Research and Chan Zuckerberg Biohub used cellphone mobility data to track the movement of 98 million people to and from indoor public spaces such as grocery stores, churches, bars, restaurants and hotels. The study analyzed traffic to each venue over the course of a day, the size of the venue and how long people stayed there. Working with data from the metro areas of Atlanta, Dallas, Chicago, Houston, Los Angeles, Miami, New York, San Francisco, Philadelphia and Washington, D.C., the study used “standard infectious disease assumptions” to determine how COVID-19 spreads across cities.

According to the New York Times, the study’s estimates matched what actually happened in those cities. Jure Leskovec, the senior author of the report, told the Times that “restaurants were by far the riskiest places” for picking up the virus, “about four times riskier than gyms and coffee shops, followed by hotels.”

The National Restaurant Association estimates that 100,000 restaurants have closed down during the pandemic, resulting in millions of lost jobs. Prior to the pandemic, the restaurant industry was the country’s second largest employer.