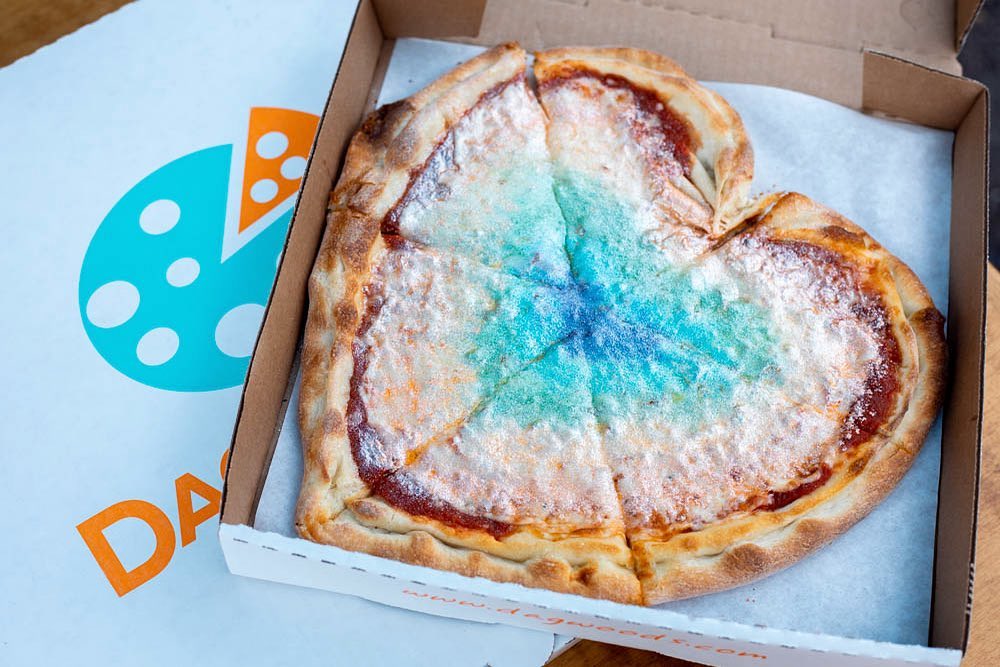 It’s not just pie in the sky—October is National Pizza Month, and that creates an opportunity for pizzeria operators and their culinary teams to get creative in the kitchen. You might even hit upon some new recipes that could make it onto the permanent menu.

As a new year approaches, National Pizza Month is a good time to take a closer look at your pizza menu and figure out what’s making you money and what’s just taking up space. Adding specialty pizzas can help attract new customers, earn social media mentions, and potentially increase sales. Keep reading for some wow-worthy ideas for creative pizzas to add to your menu!

Creative Toppings
One of the easiest ways to uplevel your pizza offerings? Unexpected toppings. Besides the classics like cheese, pepperoni, sausage and peppers, consider adding some crazier topping options to the mix. Here are just four ideas for offbeat toppings that actually work:

Breakfast Pizzas
Pizza for breakfast is great. But then again, so are bacon and eggs. Breakfast pizza is the best of both worlds. It can be served as a specialty brunch item or as an all-day menu item. At Philadelphia’s Uncle Oogie’s Pizza, breakfast pizzas make up an entire section of the menu. Diners can choose from a basic egg-and-cheese pie, a Western omelet-inspired variety, or a meaty tour de force called the Junkyard Dog Breakfast Pizza—a square pie with bacon, sausage, pork roll, ham, eggs and American cheese.

Pitza
How about a personal pizza made on pita bread? It’s a thing, and it’s one of the biggest draws at popular NYC eatery Moustache. Customers can get piping-hot pitas topped with traditional pizza toppings or varieties with a Middle Eastern flair, like the Lahambajin, a delicious, spiced ground-lamb pie with onion and parsley, or the Kishik Pitza, which is topped with scallions, tomatoes, red bell peppers, chilis, cilantro and sun-dried yogurt.

Detroit-Style Pizza
This pizza style has caught fire around the country, and it really is quite spectacular. Sort of a deep-dish pie but not quite, it’s a square pizza baked in seasoned rectangular pans with a crispy, caramelized crust and stripes of sauce ladled on top of the Wisconsin brick cheese and toppings. The style has taken off outside of the Motor City—these days, Detroit-style pizza can be found at restaurants like Lions & Tigers & Squares in New York City and MOTO in Seattle, not to mention PMQ’s recent cover star, Square Pie Guys in San Francisco and Oakland.

Pizza Cake
You’ve heard of pizza pie—how about pizza cake? First popularized in the blogosphere several years ago, a pizza cake is composed with stacked layers of pizza dough, cheese, sauce and pepperoni. The entire stack is encircled with more dough so it stays put while baking. Slice into it, and it looks like a layer cake, but the flavor is pure pizza perfection. One thing’s for sure: This is a cake your customers won’t forget any time soon!

Pizza Cones
Here’s another clever way to serve pizza that’s perfect for to-go orders. A pizza cone is just what it sounds like: all of your favorite pizza toppings, sauce and cheese baked into a portion of dough that’s fashioned into a cone. What’s not to love? They’re ooey, gooey and no utensils needed! Plus, they’re insanely photogenic, making them a perfect contender for your marketing materials, such as flyers and social media posts.

Stuffed-Crust Pizza
One of Chicago’s three unique styles, stuffed-crust pizza revolutionized the world of pizza when it made its debut at Giordano’s in 1974 (although it was probably invented by Rocco Palese, cofounder of Nancy’s Pizzeria, also in the Windy City). It’s a featured attraction at Chicago joints like Angelo’s Stuffed Pizza and Doreen’s Pizzeria. Stuffing a pizza crust is as simple as stretching the crust a little further than usual, then rolling it over some mozzarella, which then melts in the oven. Who could resist all that gooey cheese?

Dessert Pizza
Sure, some enterprising restaurants have been known to drop desserts right on top of a traditional pizza. However, for a more palatable dessert variation, consider assembling pizzas entirely out of sweet ingredients. For instance, bananas foster pizza made with a caramelly rum-and-banana topping would certainly make for a nice dessert slice! For more ideas, check out this great dessert pizza roundup.

Any way you slice it, National Pizza Month is the perfect time to upgrade your restaurant’s pizza offerings. Consider trying out some of these creative pizzas to celebrate the industry’s biggest month. But remember, these ideas are just the beginning—the sky’s the limit when it comes to dreaming up creative pies!

Mark Plumlee is a freelance writer whose articles have been published in Full Service Restaurant, Modern Restaurant Management, Quick Service Restaurant, Hospitality Tech, That Oregon Life, The San Francisco Examiner, Blazersedge and other blogs. As a copywriter, he has helped restaurants and small businesses grow and define their brand for more than five years.