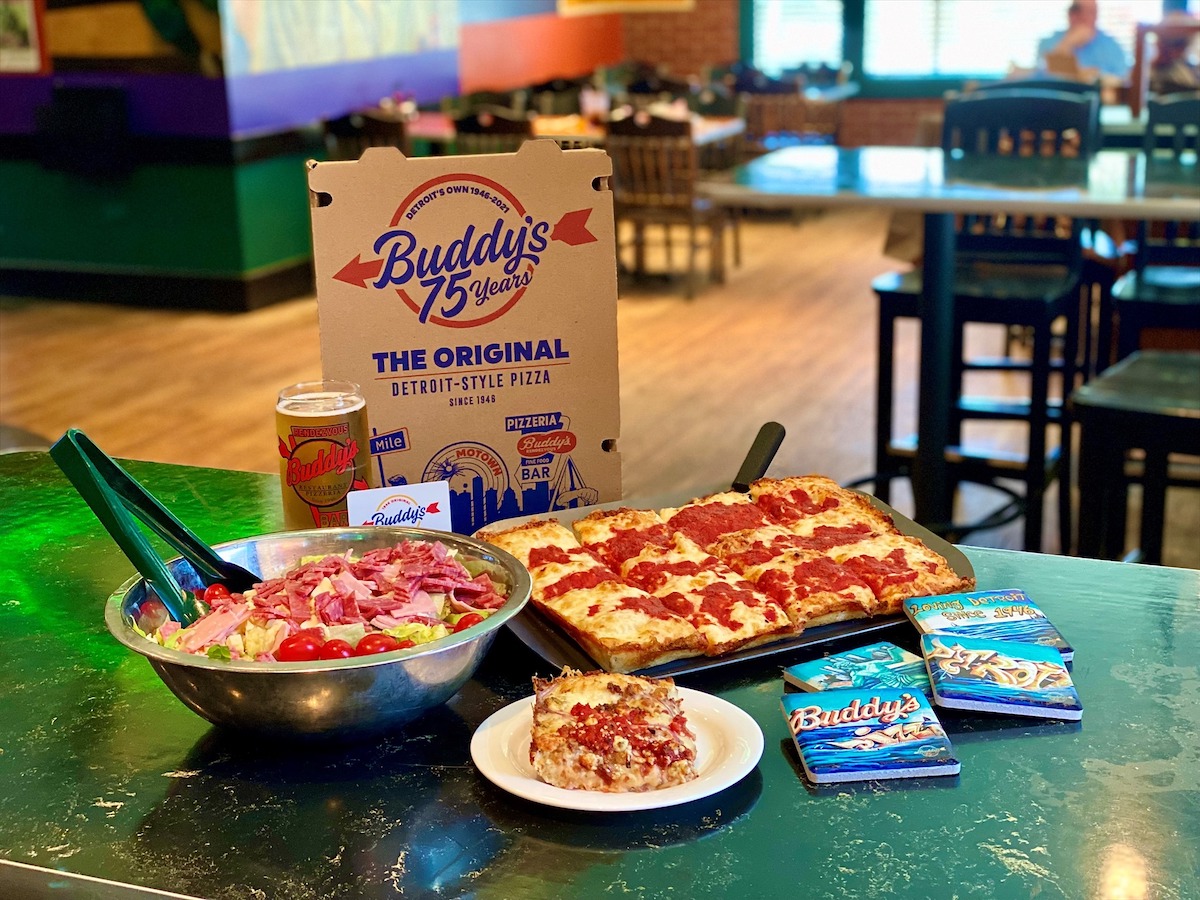 Unlike Chicago’s iconic deep-dish pizza, there’s no controversy surrounding the origins of Detroit-style pizza: All credit for the square-shaped delight goes to Gus Guerra, founder of the original Buddy’s Rendezvous Pizzeria in Detroit, and his employee, Connie Piccinato. But Buddy’s Pizza, as Guerra’s company is known today, is happy to work with other Detroit-style shops around the country to celebrate the style that made the Motor City a key destination in U.S. pizza culture.

Riding an ongoing wave of Detroit-style popularity, Buddy’s Pizza last year created National Detroit-Style Pizza Day, held annually on June 23. The company will celebrate the event this year with 10 like-minded pizzerias across the U.S. while giving back to their local communities.

Each participating restaurant will donate a portion of its sales on Thursday, June 23, to a local organization dedicated to fighting hunger and/or homelessness. Buddy’s will partner with The Salvation Army and donate $1 from every pizza sold at all 21 locations that day to the nonprofit.

“Detroit-Style is more than just a pizza style—it encompasses the meaning of staying true to your roots and supporting your community,” said Wes Pikula, Buddy’s chief brand officer. “As the innovative style continues to rapidly spread across the nation, this national day is the perfect opportunity to support those who need it most and give back to those who have supported us through our 76 years of business.”

Here’s how participating restaurants will impact their communities on National Detroit-Style Pizza Day in 2022:

Buddy’s founded National Detroit-Style Pizza Day in 2021 to celebrate its 75th anniversary and commemorate the company’s role in creating the innovative pizza style. The national day allows Detroit-style pizzerias across the nation to honor the history, style and roots of where it all began.

Last year, in honor of founding the national holiday, Buddy’s donated $7,500 to three community partners. The company also partnered with other pizzerias across the country and together donated more than $10,500 to various nonprofits to help fight hunger and homelessness.

Buddy’s Pizza opened in 1946 at the corner of Six Mile and Conant in Detroit, previously a speakeasy called Buddy’s Rendezvous. Using a bit of ingenuity and square blue steel pans intended to hold nuts and bolts at local automotive plants, Guerra and Piccinato created the first Detroit-style pizza, a square-shaped pie that was the first of its kind in a world of round pizza.

According to a recent study by Anytime Estimate, Detroit was named the No. 1 pizza city in America.