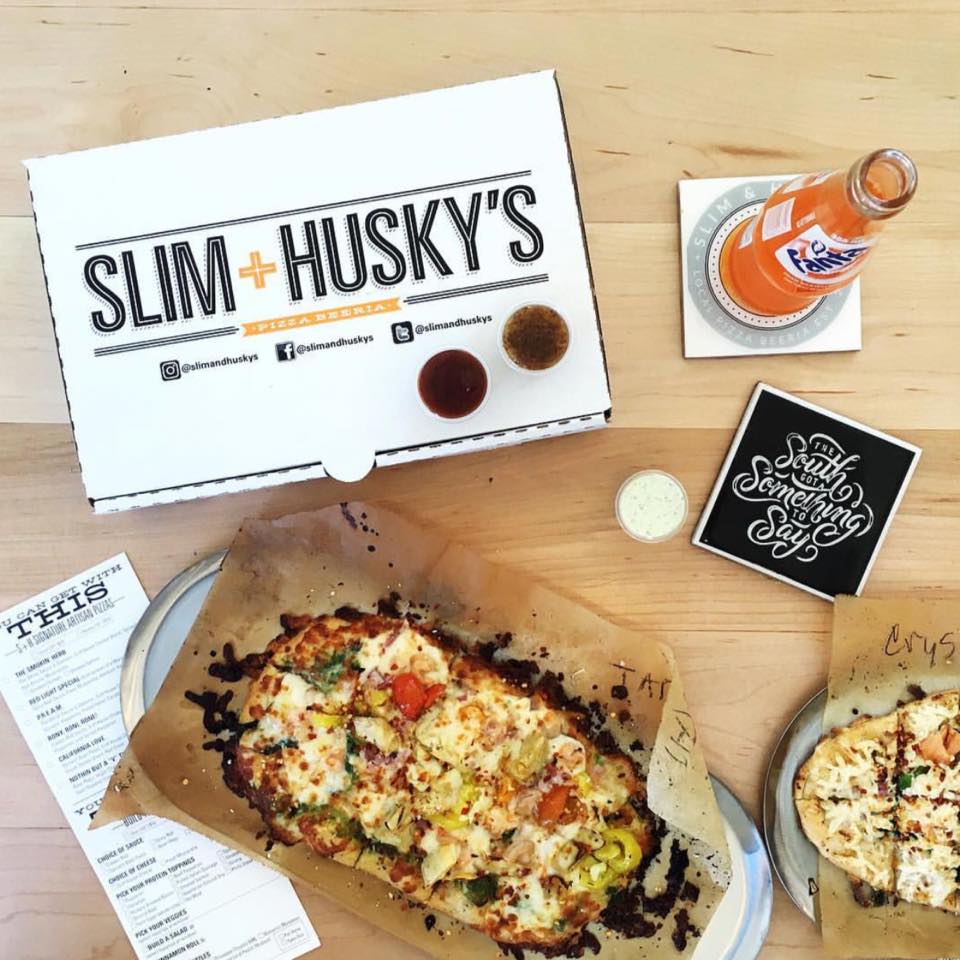 Slim & Husky’s Pizza Beeria, an innovative and fast-growing Nashville-based concept with a hip-hop vibe, is getting ready to expand to Atlanta, according to Eater.com.

A trio of social entrepreneurs with a “green” mentality, Gray, Moore and Reed (below) developed a program to encourage local elementary school children to read. As USA Today reports, students who meet weekly reading goals can get free pizza and cinnamon rolls at the Antioch store. Now with two locations under their belt, they’ve used savvy, stylish branding, merchandising and hip-hop décor to create a concept that seems readymade for other markets.

Specialty pizzas are inspired by and named after well-known hip-hop and R&B songs and artists. They include the Rony, Roni, Rone!, made with a house cheese blend and three types of pepperoni—pork, beef and spiced—and the California Love, featuring spinach basil pesto sauce, cheese, artichokes, sliced tomatoes, and red onions.

For the Atlanta stores, the owners plan to commission local artists to create original décor pieces and to carry beers from Atlanta breweries.