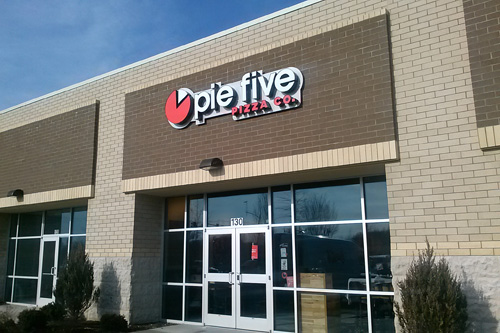 On Monday, Feb. 9, the nation’s leading fast-casual pizza concept will oblige with the opening of its third area restaurant. Located at 271 Indian Lake Blvd, Suite 130, in Hendersonville, across from the Regal Cinemas movie theater, the grand opening will usher in Tennessee’s third destination for perfectly crafted personal pizzas using only the freshest ingredients, baked to order at one great price. The “five” in Pie Five means it all happens in five minutes or less!

The Hendersonville location is the third of 10 planned franchise units opened by local businessmen Rich Davis and Ron Payne of Music City Pie Works, LLC. Pie Five can also be found at The Crossings retail strip in Donelson as well as in Franklin.

“To nobody’s surprise, people across the area absolutely love Pie Five. And why wouldn’t they? The food is fresh, made-to-order and fantastic,” said Davis. “Our first two restaurants are going gangbusters, and Hendersonville should follow suit. Best of all, we’re just getting started here in the Volunteer State!” 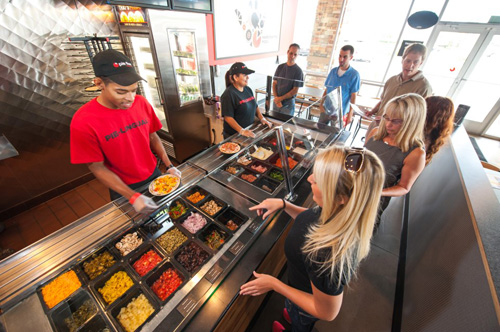 The official ribbon-cutting ceremony for the new restaurant will be held at 10:30 a.m. Friday, Feb. 13, compliments of the Hendersonville Area Chamber of Commerce. The excitement continues from 3 – 6 p.m. with a live broadcast by the 3HL Show crew – Brent Dougherty, Mike Ryan and former Titans All-Pro Blaine Bishop – from Nashville’s 104.5 FM The Zone. They’ll add to the fun with food and merchandise giveaways.

In addition, the new restaurant will donate half of its sales from pre-opening training events held this week to Friends Life, an organization that helps adults with intellectual and developmental disabilities to grow personally, develop socially and live productive and fulfilling lives as part of the Nashville community.

“Ron and I are both have a long history in Nashville, so we’re personally invested in making our community as strong and supportive as it can be,” said Davis. “Driving donations to an extraordinary organization like Friends Life is one of the best byproducts of expanding Pie Five around this area.”

Here’s how the Pie Five experience works. As pizza lovers step to the counter, Pie Five’s Pie-artisans help them choose their favorite crust – artisan thin, classic pan, whole grain Neapolitan or gluten-free thin. Then they can choose from seven sauces, four cheeses, eight meats and 16 veggies and, best of all, there’s no penalty for piling on! There are more than a million combinations of handcrafted personal pizzas to choose from.

Pie Five Pizza has been named among Fast Casual’s 2014 Top 15 “Movers & Shakers,” a 2012 Hot Concepts winner by Nation’s Restaurant News and one of “10 Hot New Restaurant Chains from Established Brands” by Forbes.com.

With the Hendersonville opening, the company now has 36 locations in nine states (Florida, Kansas, Maryland, Missouri, North Carolina, Tennessee, Texas, Utah and Virginia) with more than 270 announced franchise units under contract in 14 states and Washington, DC.

The Indian Lakes Boulevard restaurant will be open daily from 11 a.m. to 10 p.m. A complete menu and more information are available at PieFivePizza.com.