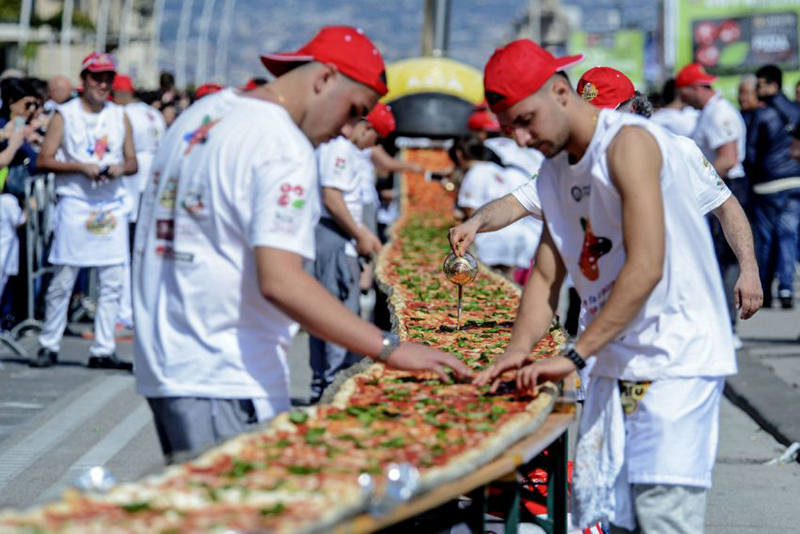 Many folks say Naples, Italy, has the best pizza in the world, although others would argue the point. But there’s no debating the fact that Naples now has the world’s longest pizza. That’s been confirmed by the Guinness World Records.

According to the Guinness website, 250 pizza chefs from across the world spent 11 hours creating the monster pizza as part of a special event held last week. It measured 1,854 meters—that’s more than 6,082 feet or 1.15 miles long—and stretched along the Naples sea front between Castel dell’Ovo and the U.S. consulate. It was made with 4,400 pounds of flour, 3,300 pounds of tomato sauce, 200 liters of olive oil and 4,400 pounds of cheese. It was baked using five specially designed wood-burning stoves.

So what kind of flour did the record breakers choose for their mile-long Margherita? Caputo flour, naturally, with the company serving as a co-organizer of the event, along with Naples’ Pizza Village. Building the pizza “was absolutely a point of pride for our city, which is the home of pizza,” said event organizer Alessandro Marinacci in an interview with The Local.

Read more about it here.