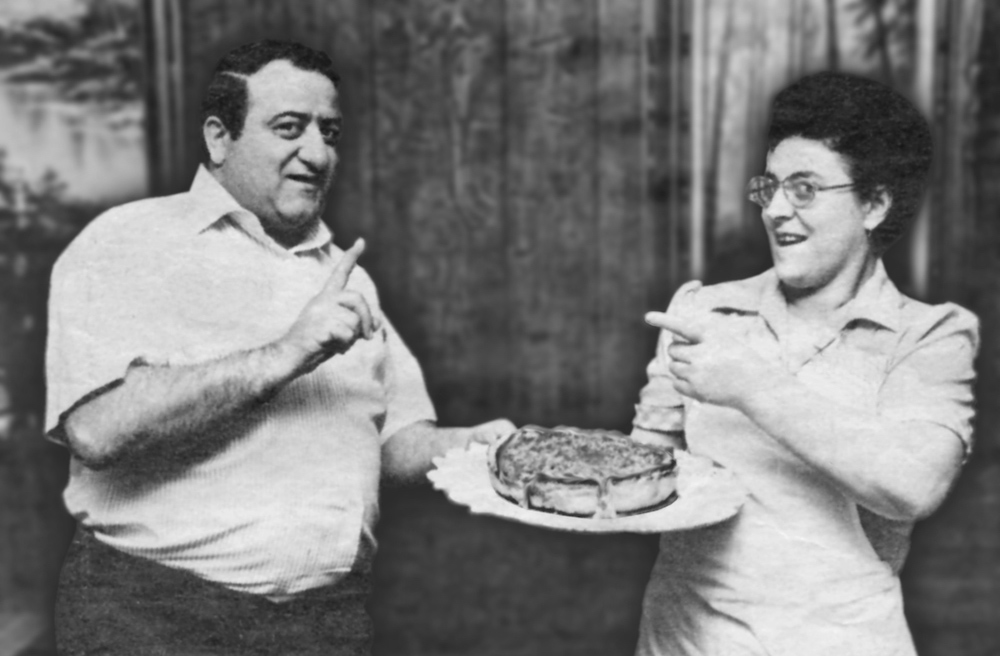 Nancy Palese (right) with her husband, Rocco, in the early days of Nancy's Pizzeria.

Related: How to make one of Aurelio’s most famous deep-dish pizzas

Nancy Palese, the cofounder of the Chicago-based Nancy’s Pizzeria chain, died January 20 in a nursing home at the age of 87. She and her husband, Rocco, developed their own stuffed pizza based on the scarciedda, a stuffed Italian Easter pie, and earned a place in pizza history by popularizing Chicago’s deep-dish style.

Nancy’s Pizzeria asserts that Rocco invented the stuffed pizza after opening in 1971. According to the chain’s website, the Paleses “were the first to come up with the idea when the patrons of their tavern-style pizza place wanted them to jump on the burgeoning deep-dish pizza craze that had erupted in 1970s Chicago. A proud and independent Italian immigrant, Rocco resisted the call to imitate. Rocco instead developed a delightful dish that was inspired by deep-dish pizza, yet deliciously different: His invention was a thicker, cheesier pizza inspired by his mother’s Easter Pie.”

The Paleses’ version of a deep-dish pizza is described as a tart stuffed with Italian meats and cheeses, all bound together with eggs and enclosed with a pastry top. It includes a filling of fresh ricotta and Pecorino Romano, mild Italian sausage, hot capicola, Volpi salami, prosciutto, provolone and sauteed spinach with garlic, layered between two sheets of dough.

Nancy, whose Italian name was Annunziata, grew up in Brindisi di Montagna in the province of Potenza, Italy. She married Rocco in 1948. The Paleses started out making pizzas in Turin, Italy, then later moved to Potenza. They emigrated to the U.S. in 1969 with their three children and “small suitcases in their hands,” according to their daughter, Marisa Palese Besch, who spoke to the Sun Times about her mother.

In Chicago, they opened Guy’s Pizza, where Rocco finetuned his new type of pizza before founding Nancy’s with his wife. The restaurant started out as a 35-seater but began expanding after just six months. In 1975, Chicago Magazine named Nancy’s “The Best Pizza in Chicago.”

Rocco protected his stuffed-pizza recipe in “a little secret spice room where he mixed things up and put things in packets,” the chain’s publicist, Laurie Cairns, told the Sun Times.

In 1977, they opened a second Nancy’s location with a partner, Dave Howey. After opening more locations, the Paleses sold the Nancy’s name to Howey.

The Paleses also weathered a violent takeover attempt in 1984 in which a franchise owner, his son and another person bombed competing Nancy’s locations as they tried to take control of the company. They were tried and sentenced to federal prison for the attacks.

Rocco died in 1994. Before dementia set in, Nancy continued to drop in at the pizzerias bearing her name and offer her expert advice. “Until the last minute, she was, ‘You gotta do it this way.’ The product had to stay the same,” Besch said.

Speaking to the Sun Times, Howey said Nancy and Rocco were “pizza royalty.” He added, “Before all the [business] books and all the Peter Druckers of the world, [Nancy] instinctively knew this pizza was special. She wanted every pizza going out the right way.”

“My mother truly loved her customers,” Besch said. “She got up every morning thinking that she wanted to make an outstanding presentation. She left a legacy out there you cannot forget.”