Zume Pizza tried it first and eventually failed. Can a small independent mobile pizzeria that bakes pies en route to the customer’s home really work? So far, so good for Muncho in Philadelphia.

As the Philadelphia Inquirer reports, Adam Chain, a former investment banker, and pizza chef Elijah Milligan, founded Muncho this summer with the goal of delivering pizzas that are still hot and fresh from the oven within about 10 minutes.

Chain told the Inquirer that he felt frustrated after ordering a Domino’s pizza that took two hours to show up. “Pizza delivery came out in the ‘50s, and, since then, nothing’s changed,” Chain said. “Why can’t I get a hot pizza delivered when I want it?”

Chain convinced four Philly-area investors to put up $150,000 to develop the Muncho concept. Similar to Zume Pizza’s model but on a smaller scale and without using pizza-making robots (at least for now), Muncho delivers from a van that’s equipped with a pizza oven and a refrigerator and takes orders via an online app.

The pizzas are first par-baked in a kitchen facility in the Bridesburg section of Philadelphia, then loaded into the van’s on-board fridge. When an order comes in, the driver pulls over and puts the pizza in the oven, where it bakes for six minutes while the vehicle makes its way to the customer’s home or office. Upon arrival, the driver removes the pizza from the oven, slices and boxes it, and presents it to the customer, typically within 10 minutes after the order was placed. 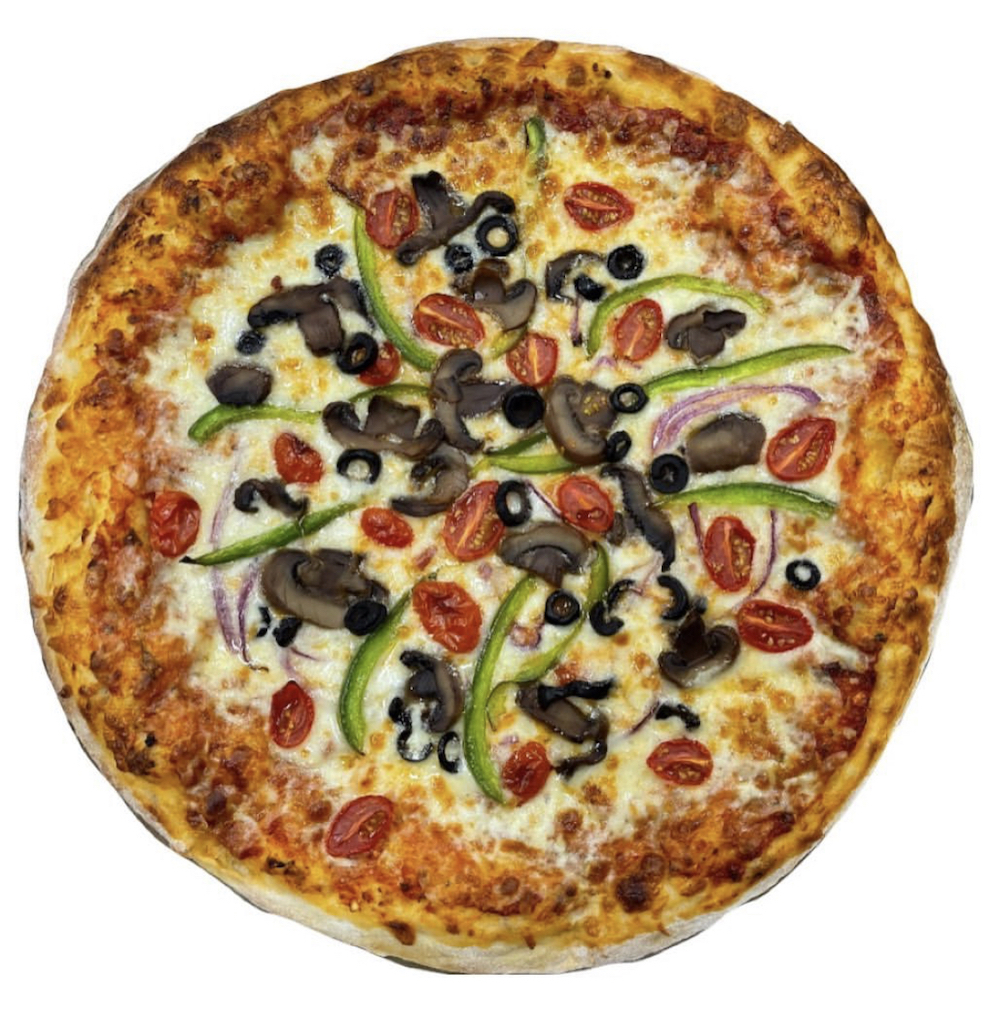 Muncho offers pizzas in just one size—14 inches—for $16 for a cheese pie and $18 for pizzas with additional toppings. That price covers everything, including tax, tip and delivery. Milligan created the pizza recipes, which were specifically crafted to be par-baked, refrigerated and reheated, and partnered with Grande Cheese to develop a signature three-cheese blend.

The delivery area is limited to night-time hours (5-10 p.m.) in the 19130 zip code area of Philadelphia, which includes the Fairmount and Spring Garden neighborhoods. Muncho’s first pilot test launched in August, and a second one started over Thanksgiving weekend.

Chain told the Inquirer that delivery time averages 8 ½ minutes, and 38% of his customers have ordered at least twice. He’s working on a second round of funding now and hopes to raise between $2 million and $3 million to expand the Muncho concept. He’s also planning to increase delivery hours in Fairmount while adding another neighborhood to the route.

In the midst of the labor crisis, Muncho promises a living wage to its employees, paying $25 an hour to drivers and $23 an hour to kitchen staff, with raises every six months.

Andrew Corson, a remote IT manager and Muncho customer, appreciates that policy—and the pizza, too. “Great-quality pizza at my doorstep for a reasonable price in under 10 minutes is the kind of futuristic world I want to live in,” Corson told the Inquirer.

Michael Klein, the reporter who wrote the story for the Inquirer, pronounced the pizza “good, with a generous, nicely browned cheese layer—a notch (maybe two) tastier than one of the better frozen pizzas, which would take longer to preheat the oven and prepare.”

“Muncho’s bottom and outer crust was crispier than most delivered pizzas, probably because it was baked on its way over and not just kept warm in a metal box in a car trunk,” Klein wrote.