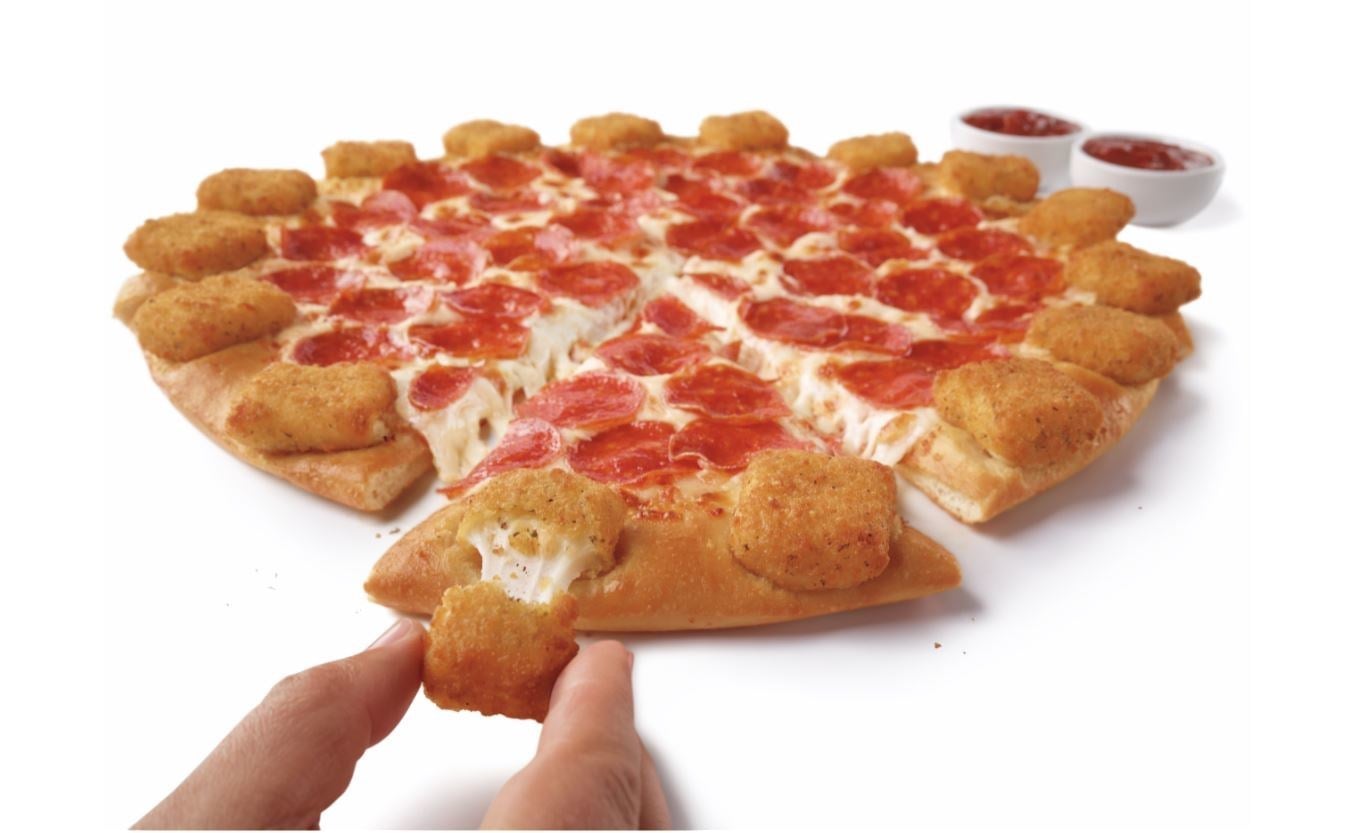 Pizza Hut, America’s No. 2 pizza chain, knows crust is king, but it’s also willing to take chances with its pizza base. Behold, the new Mozzarella Poppers Pizza, which the company describes as its “cheesiest innovation to date.”

Based on the idea that 50 percent of Americans “appreciate a little somethin’ extra on their crust,” the Mozzarella Poppers Pizza features a grand total of 16 crispy mozzarella-stuffed squares with a mix of garlic, onion, parmesan, Italian seasonings, parsley, basil, oregano and of course, mozzarella cheese around the crust. It comes with two sides of marinara sauce for dipping.

“I know what you’re thinking: They put mozzarella bites ON a pizza?” said George Felix, Pizza Hut’s chief marketing officer, in a statement. “It’s true, and that’s why you have to try this pizza + app for yourself before it’s gone. It’s your world…we’re just making pizza in it.”

So far the reviews are mixed, at least as far as media foodies are concerned. A reviewer for The Impulsive Buy tried the Mozzarella Poppers Pizza and pronounced it “a bit ho-hum,” noting that the detachable poppers themselves make for “a nice appetizer,” but the pizza’s crust tastes “super dull” unless dipped in marinara sauce.

The Daily Meal, meanwhile, approved of the concept—“Who would ever complain about mozzarella sticks and pizza conveniently packed into one dish?”—but added that “the execution was so-so.”