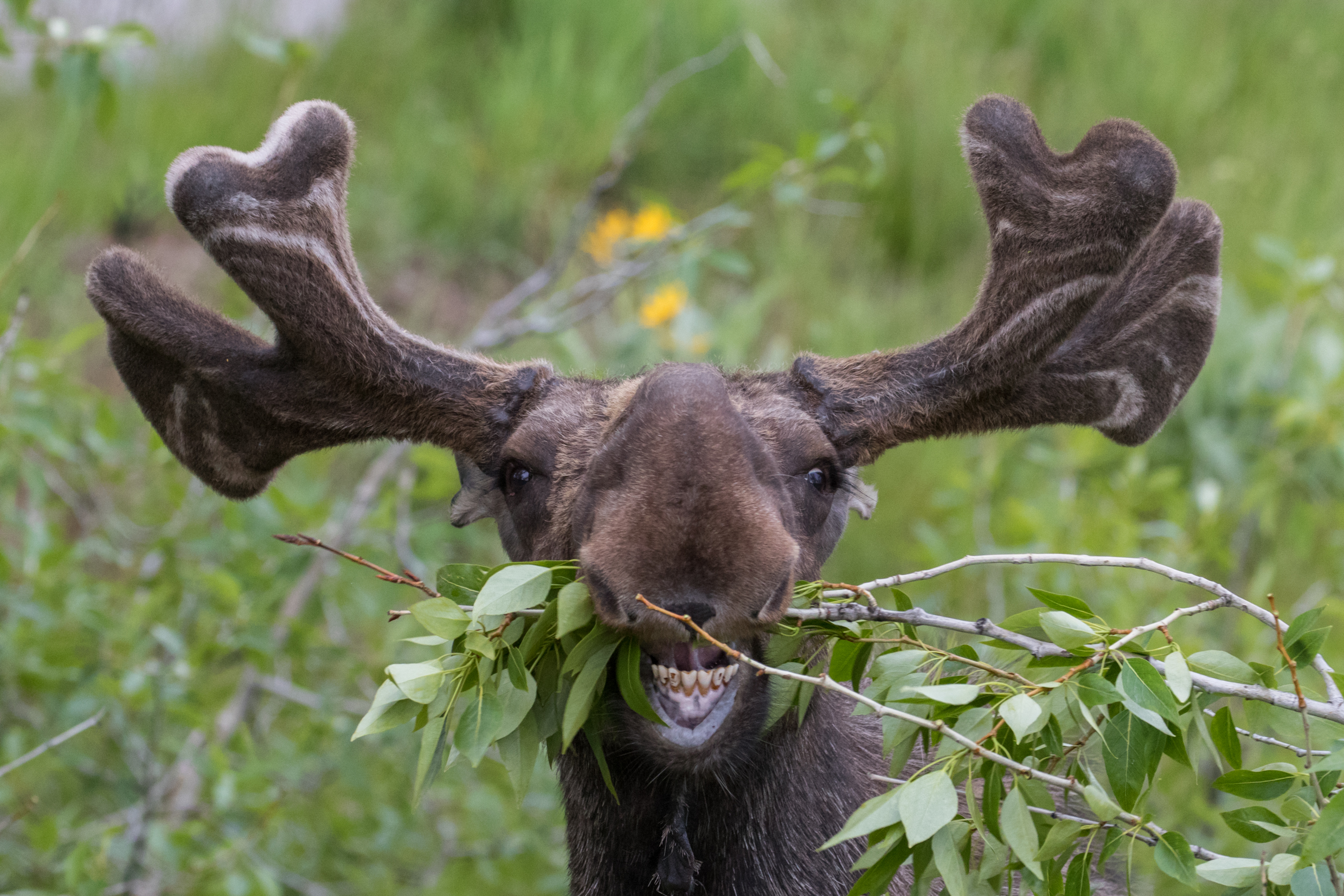 We all remember the beloved childhood book “If You Give a Moose a Muffin,” or the cartoon show “The Adventures of Rocky and Bullwinkle.” Well, now we have a real-life story of a moose and pizza.

Officer Matt Poole of Piscataquis County Sheriff’s Office was patrolling after midnight when he came across a crime scene: an abandoned pizzeria, a smashed window, and a hapless moose.  He snapped a picture and posted on Dover-Foxcroft Police’s Facebook the following morning with a clever caption: “We found the suspect, and they are not in custody. Boring, right?”

Comments rolled in on this post, a perfect mix of concern and puns. One commenter wrote: “He looks very disappointed with the lack of edible goods inside.”

A clever citizen went ahead and declared his safety during this trying time.

The Portland Press Herald reports the Dover-Foxcroft police chief Ryan Reardon said, “It’s not uncommon to see a moose. We are in Central Maine, and a more rural community than most, but it’s very uncommon to see one crash through a window. I’ve been at this job for 26 years, and I grew up here, and this is the first time I’ve seen it.”

Unfortunately for the young moose, the pizzeria didn’t have any pies laying about. The restaurant was formerly the home of Mission Impizzable which moved down the street over a year ago.

The police chief speculated that the bugs in the surrounding woods likely drove the moose out where it sought refuge along the Piscataquis River which runs just beneath the street where the abandoned pizzeria is located.