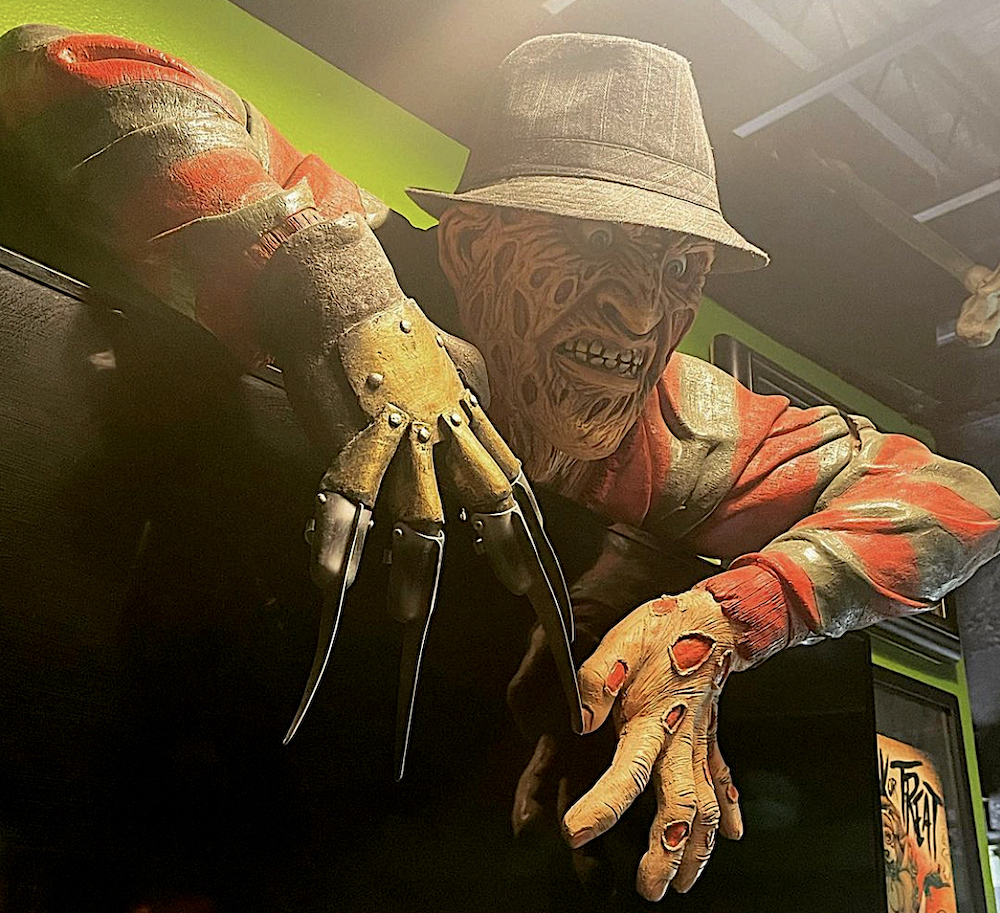 Monsters are on the prowl at a pizzeria/arcade in Des Moines, Iowa, but don’t alert the authorities: It’s all in good fun for fans of the macabre.

The venue’s décor pays homage to famous horror movies—watch out for Freddy Krueger, the Puppet Master and various skeletons that have risen from the dead—while pinball machines are themed after “Ghostbusters,” “Nightmare on Elm Street” and “The Creature from the Black Lagoon,” among other cinematic classics. Video games range from classics like Galaga, Missile Command and “Ghostbusters” to “The Simpsons,” Mortal Kombat and WWF Superstars.

Glance upward, and you’ll even see King Kong’s furry paw reaching down from the ceiling to grasp a human-sized snack.

“I’ve always had a thing for monsters,” co-founder Chris Pruisner told the Des Moines Register, adding that Monsterama is a family-friendly business.

Pruisner bought the building to create additional space for his tattoo and piercing studio. After changing their business plan, he and partner Jason Shreve renovated the building, adding new electricity and plumbing systems and establishing Monsterama as its own one-of-a-kind business. “We kind of wanted to do something different, somewhere you can take your kids,” he said in the Des Moines Register article.

Customers pay $15 to play any and all games in the venue for as long as they like. They can also win free food by showing up in their favorite creepy costumes.