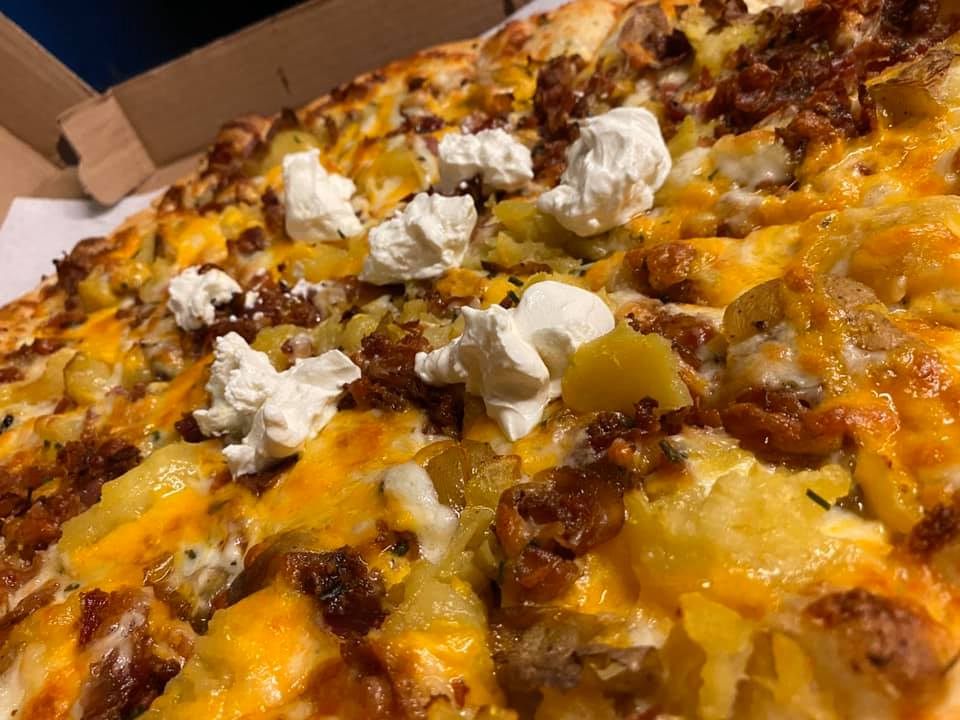 The loaded baked potato pizza is just one of more than 30 mouthwatering specialty pies offered at Mona Lisa Ristorante in Thomaston, Connecticut.

When Abbas Hooshmand of Mona Lisa Ristorante, located in Thomaston, Connecticut, isn’t whipping out mouthwatering specialty pies like the Loaded Baked Potato and the Mac and Cheese pizzas, he’s trying to make a difference in the everyday life of his community. His most recent project: feeding up to 200 kids per day for no charge.

Since the pandemic erupted and Connecticut’s schools closed down in March, Hooshmand has been providing meals to kids who otherwise might go hungry without the free or discounted meals offered at their schools.

“I just want to help the community and the school system,” he told the Republican-American, which initially covered the giveaway in a March 18 article. “I want to see the kids laughing and smiling. We’re all one big family here.”

Hooshmand started out giving away free lunches four days a week, but according to local TV station WTNH, he’s now doing it every weekday from 11 a.m. to 3 p.m. Children can pick anything they want from the menu and will also receive a snack pack with fruit, veggies, juice and a snack. “We ask no questions,” Hooshmand told WTNH. “We just want to help the community. We just want to help the students.”

Specializing in New York-style pizza, Hooshmand opened Mona Lisa Ristorante in 2006. His menu is extensive and varied, packed with grinders, wraps, pasta entrees, seafood dishes and a whopping 34 specialty pies. These include the Hungry Man, featuring a beef gravy base and topped with ground beef, baked potato, caramelized onions, mozzarella and cheddar cheese; the Chicken Cordon Bleu, which boasts a garlic-butter base with chicken, bacon, ham, provolone and mozzarella; and, of course, several pies topped with clams, including the Clam Pie and the Clams Casino.