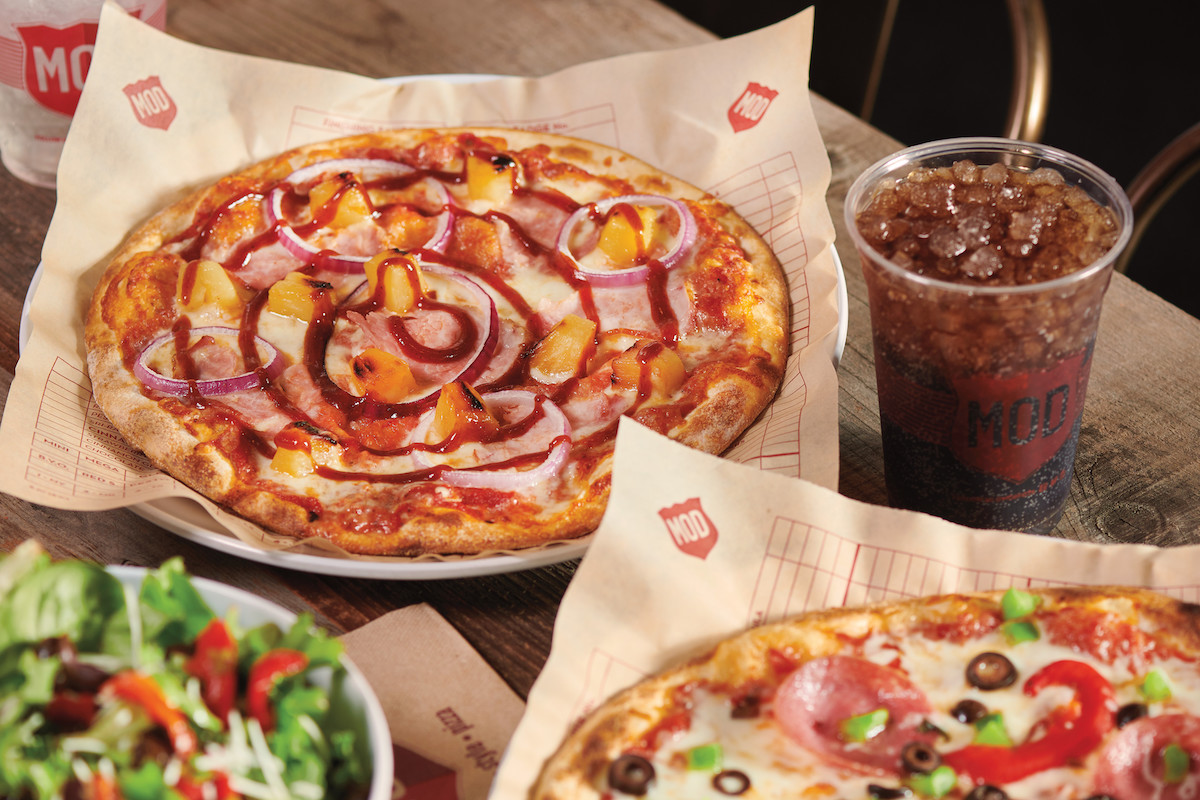 The Fred is one of several seasonal specials at MOD Pizza this summer.

Related: MOD Pizza takes a bold stand on pineapple as a topping

Want to keep your customers curious about what’s coming next on the menu? Seasonal specials just might do the trick, as MOD Pizza, a purpose-led fast-casual chain headquartered in Seattle, has learned.

MOD previously had so much success with a line of seasonal fan-favorite pizzas, the company has brought them back as a mid-summer promotion. Each week for five weeks—July 18 through August 18—the company will feature a different seasonal pizza on a limited-time basis for $7.

Every Monday during that period, MOD Pizza will roll out a pizza offer that’s available only through online ordering and in the MOD app. Take a look at MOD’s pizza specials and get inspired to create your own!

• July 18-21: The Olivia. Featuring a pesto base topped with shredded mozzarella, sliced tomatoes and fresh basil and finished with a balsamic fig glaze swirl.

• July 25-28: The Ruthie. Featuring a red sauce base topped with shredded mozz, pepperoni, jalapeños and freshly shredded Parmesan and finished with a drizzle of Mike’s Hot Honey.

• August 15-18: The Fred. Featuring a red sauce base topped with shredded mozz, Canadian bacon, red onions and fresh pineapple and finished with a BBQ swirl.

That’s not the only noteworthy addition to MOD’s menu. Earlier this month, the chain debuted the Cheesy-Backyard-Burger Pizza. The LTO pizza is made with Spiceology-seasoned ground beef, a blend of sharp cheddar and mozzarella cheeses, tomatoes, pickle chips and arugula and finished with a drizzle of MOD’s Roma ranch dressing.

Meanwhile, back in May, MOD Pizza, which has 500-plus stores in 29 states and Canada, debuted its Value(s) Menu. A Value(s) meal comes with any MOD-sized pizza or salad and a 24-ounce beverage, and for every purchase made, MOD donates 50 cents to Best Buddies International, a nonprofit that creates personal and professional opportunities for individuals with intellectual and developmental disabilities.