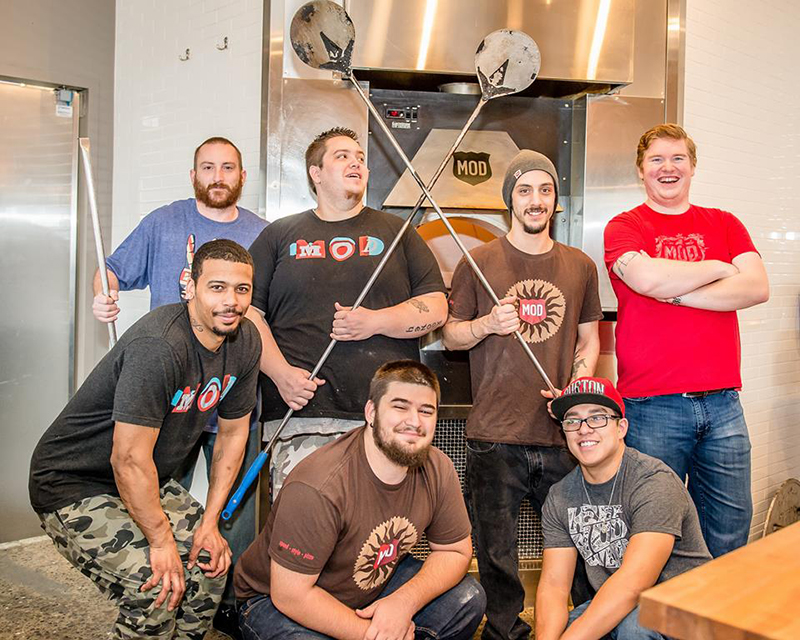 Call it “enlightened capitalism.” Call it “pizza with a purpose.” Call it smart marketing. But one thing's for sure: MOD Pizza, the fastest-growing restaurant chain in the U.S., doesn’t just want to sell pies. Husband-and-wife owners Scott and Ally Svenson genuinely want to help people, too. And not just the ones that are easy to help.

Launched in 2008, MOD Pizza was a fast-casual, build-your-own pioneer. Now they’re blazing a new path, according to CNN.com, providing jobs for an overlooked segment of the population: ex-convicts. In fact, some of these former felons have become store managers.

“Some will say, ‘You can’t give the keys to a convicted felon,’” Scott Svenson told CNN.com. “What we say is, everyone makes mistakes, we’re all human, and if you’re really trying to do the right thing, we’ve got your back. We’ll stand by you.”

Making a “positive social impact” is a high priority for the Svensons. Every company employee makes at least $10.50 an hour and receives full health insurance, paid time off and access to an emergency fund for grants and loans. “Something like 50% of the workforce, if they have an unexpected $500 expense, wouldn’t be able to cover it,” Svenson notes in the CNN.com report. “They literally live paycheck to paycheck. We wanted to make sure our employees had a place to turn to in a time of crisis.”