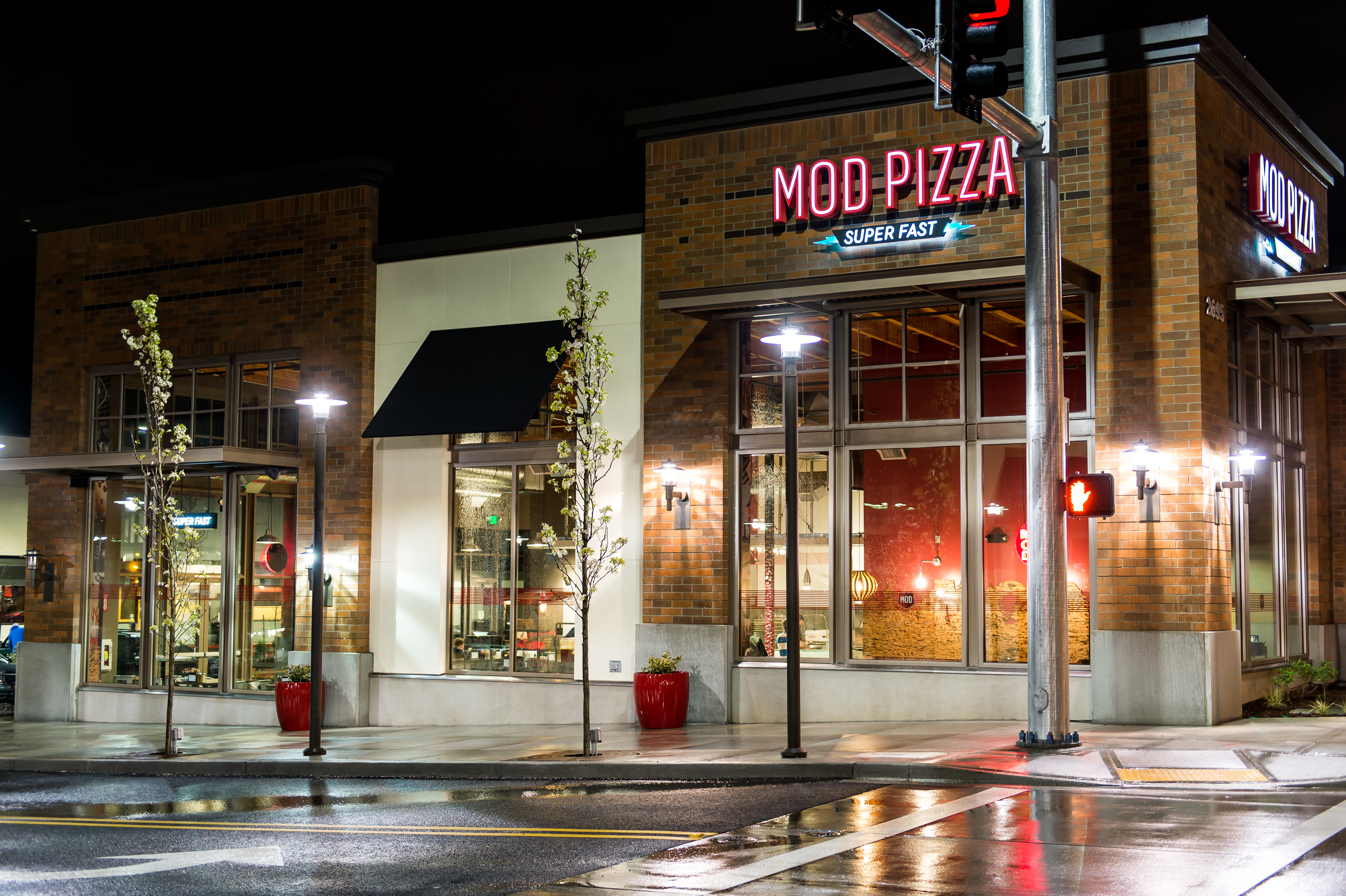 MOD Pizza today announced that they have executed franchise agreements with three new partners to develop over 50 restaurants in four markets across the US. With this announcement, MOD has formally kicked-off its franchise partner program with new market openings expected to begin later this year.

“We have worked diligently for the past six months to identify a very select group of partners to help us grow MOD into a national brand. These groups come to MOD as leaders in the restaurant industry, and as such they have no shortage of choices when it comes to developing a new concept. After doing extensive research, they concluded that MOD was the brand to back in this sector,” noted John Dikos, MOD’s VP of Strategic Partnerships. “For MOD, the single most critical factor is ensuring that our partners echo our belief in the value of a strong and vibrant culture in our stores. We have a simple goal in our franchise partnering strategy – to build deeper relationships with fewer partners. We couldn’t have asked for a better initial group.”

Added Scott Svenson, Co-Founder and CEO of MOD, “Bringing the right partners on at this time is critical. While our growth will continue to be weighted heavily towards company-owned stores, we are looking for partners that can help us build a stronger business. We are humbled that these partners have joined the MOD family and share our desire to build something new and very special. We know they have the experience and expertise to help us spread the MOD culture across the US.”

Bob was the chief concept officer at Red Robin International where he led operations, marketing and purchasing for 330 company and franchised restaurants. Nation’s Restaurant News named Bob one of the “Top 50 Research and Development Culinarians”. Along with Kevin Embree, CFO, they formed Mach Robin with Chris Stephens and developed Red Robin’s largest franchise group, operating as many as 34 restaurants across the US and Canada. Kevin Embree leads all financial, real estate and business management aspects of the company, and brings 25 years of experience as CFO of several real estate and restaurant companies including Mach Robin and Red Robin Canada. Scott Schooler will join Bob and Kevin as COO. Scott was vice president of food and beverage at Red Robin International, where he spent more than 20 years in operations.

Trevor was one of the first employees at Jamba Juice, helping to build the company in several corporate markets before acquiring his own Jamba franchise territory. As one of Jamba’s earliest franchisees, he developed and operated 23 successful stores throughout Northern California. He sold his territory back to Jamba Juice and moved to develop local and regional brands including Jack’s Urban Eats and Dos Coyote’s throughout the Sacramento area.

Yaron Goldman has been an entrepreneur since he began working at McAlister’s Deli during college. Now, 20 years later, he and his partner Merrick McKinnie operate 40 McAlister’s Deli’s in four states. Yaron is an active leader, and one of the largest franchisees, in the McAlister’s system. Troy Barney will join Yaron and Merrick to lead their MOD operation. Troy has been with the team for 15 years and runs a large region of the McAlister’s business.

MOD pioneered the “build your own pizza” concept in 2008 and currently operates 16 company-owned stores in Washington, Oregon and California. Founded by Scott and Ally Svenson, MOD was inspired by the couple’s love of Italian street-style pizza, their desire for authentic, affordable and fast dining options for their busy family and the idea that a great company could be built around people. The Svensons bring their experience from building two highly successful concepts – Seattle Coffee Company and Carluccio’s.  MOD’s team of advisors and executives bring experience from iconic brands such as Starbucks, Apple, Panera, Disney, T-Mobile, Dunkin Donuts, Qdoba, McDonald’s and Schwartz Brothers Restaurants.

MOD’s artisan-style pizzas are Made-On-Demand (MOD), using organic fresh-pressed dough and signature sauces. Customers can create their own pizzas and salads, using any combination of 30 featured toppings, or they can choose from a menu of MOD classics. Pizzas and salads are the same price regardless of the number of toppings. Pizzas are hand-cooked in an 800 degree oven in less than 3 minutes and salads are hand-tossed in front of the customer. MOD also offers local draft beers, wine, sweet and savory knots, milkshakes, and house-made lemonades and iced teas.

MOD is committed to creating not just a cool place to eat, but an inspired place to work. The company has been recognized as one of the “Top 50 Breakout Brands” by Nations Restaurant News and ranked as a “Fastest Growing Company” and “Best Places to Work” by the Puget Sound Business Journal.