Missy Green explores how Da Portare Via, a popular pizzeria in the Netherlands, excels in efficiency and service. - PMQ Pizza Magazine 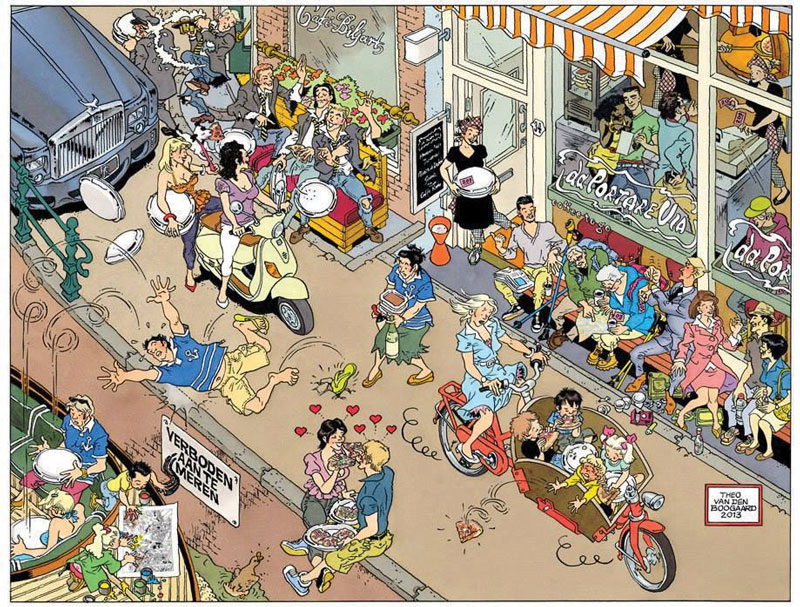 The people of the Netherlands—where I now live (in the city of Utrecht) with my Dutch husband Jelle—never fail to impress me. And why wouldn’t they? They’ve been renowned traders and businessmen for centuries, yet they’re so humble, you would never know it. When the Dutch find a good concept, they take it and make it more efficient, practical and generally adorable.

As PMQ’s international correspondent and blogger for Pizza Without Borders, I recently visited an impressive up-and-coming Utrecht pizza chain called Da Portare Via (daportarevia.nl), which translates to “take away” in Italian. In the Netherlands, Italian-style pizza is still regarded as the most desirable style, although the American model dominates when it comes to actually running a pizza business. During my visit, I noted several ways in which Da Portare Via excelled in efficiency and customer service:

1) Longer hours. I first heard John Arena, co-owner of Las Vegas’ Metro Pizza, propose the idea of keeping your pizzeria open all day. That’s easy for him to say—he has mastered the art of baking, so he manages to maximize the use of his kitchen and space to make baked goods for morning customers. Da Portare Via offers its own unique twist on breakfast, including eggs baked in the oven as well as the classic Dutch breakfast of yogurt and muesli. And customers are drawn into the store at all hours of the day by the storefront window, which prominently features the words, “Espresso—1 Euro.”

2) Going cash-free. Debit cards are much more prevalent in the Netherlands than credit cards. Some Dutch people don’t even have credit cards, entirely by choice. On top of that, public transport in Utrecht has officially gone cashless; you can pay by text message or with your transport card, but not with actual money. There are certain advantages to eschewing cash, including reduced risk of card theft and a clear paper trail. In the Netherlands—and most of Europe, plus nearly every other country I’ve traveled to—paying your bill by card means that the waiter will come to your table with an electronic device and swipe it in front of you. The United States is one of the few countries where it’s still standard to hand your card off to a waiter, who then takes your card out of sight to process your payment. Now, when I visit the U.S., I feel nervous when a server takes my card away.

3) Desserts to go. The Netherlands has never been much of a “to-go box” type of culture. In fact, most Europeans will tell you that doggy bags are an American thing, and we just need to get over it and clear our plates. But times are a’changing in the lowlands, where restaurant owners are taking note that customers actually appreciate being able to take their leftover food home. Da Portare Via actually serves its desserts in to-go containers, just in case customers eat their fill but still can’t resist a creamy, chocolaty after-dinner treat.

4) Appealing to kids. Just like American kids, European young’uns love their pizza, too, and they also love a good cartoon. That’s why Da Portare Via has created two different branded boxes—one for adults and one designed specifically to appeal to kids. The kid-sized pizzas come with fun cartoon designs featuring beloved characters like Scooby Doo and Shaggy.

5) Creating that artistic touch. Employees wear pink bandanas, which raise the cuteness level several notches, while fresh-cut flowers adorn the tables and live basil plants line the window that separates the dining area from the kitchen. Meanwhile, artwork by popular Dutch artist Theo van den Boogard can be found on the pizzeria’s walls and on its website.