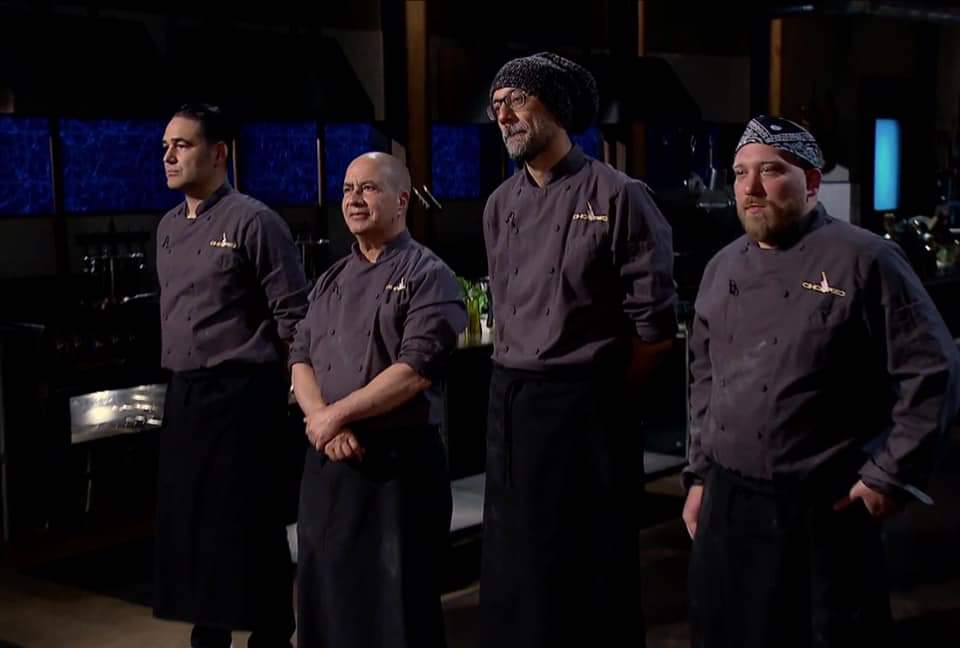 Some of the biggest and most lovable characters in the pizza industry came together March 19th to compete on “Chopped.” The Food Channel’s competitive cooking show brings four chefs together for three rounds of cooking. The goal of each competitor is to make a dish that is so ingenious, they make it on to the next round i.e. don't get “chopped.”

In this atypical edition, every round included pizza. Competitors were presented with mystery baskets which contained unusual ingredients (pig’s head, banana blossoms in brine, cola slushie, etc.) along with a pizza dough.

All participants were long-standing pals and colleagues in the industry. Coniglio commented, “I’m competing against two of my mentors, Giulio Adriani and John Arena and one of my really, really great friends Vincent Rotolo.” The judges were taken with their camaraderie as one exclaimed with surprise, “They’re hugging! Like they played in the World Cup!”

So who made it and who got chopped? We won’t spoil the ending for you, but here's some of the buzz around social media.