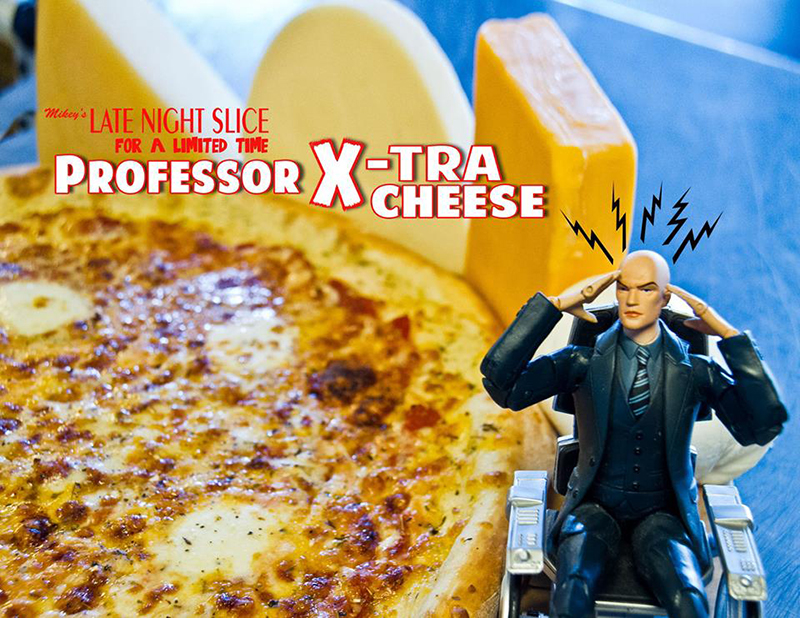 Mikey’s Late Night Slice, with five locations in the Columbus, Ohio, area, went rogue this week with a limited-time-only specialty pizza that capitalizes on the upcoming release of “X-Men: Apocalypse,” which opens in theaters on Friday.

“Professor Charles Xavier’s dream of peaceful coexistence between pizza and cheese has finally come true,” Mikey’s announced in a Facebook post earlier this week. The post introduced the new “Professor X-Tra Cheese,” featuring a blend of provolone, fresh mozzarella, cheddar and Parmesan cheeses. The various cheeses have teamed up, the post continues, “to fight the Brotherhood of Evil Hunger.”

The post was well-received, earning 82 likes and 14 shares. Sadly, the same cannot be said for the movie that inspired the pizza that inspired the post. The Washington Post reports that the much-anticipated, heavily hyped "X-Men" flick is “shaping up to be the worst-reviewed film in the franchise.”

For example, a critic for Entertainment Weekly panned the movie as “a confused, kitchen-sink mess with a half-dozen too many characters, a villain who amounts to a big blue nothing, and a narrative so choppy and poorly cut together that it feels like you’re watching a flipbook instead of a movie.”