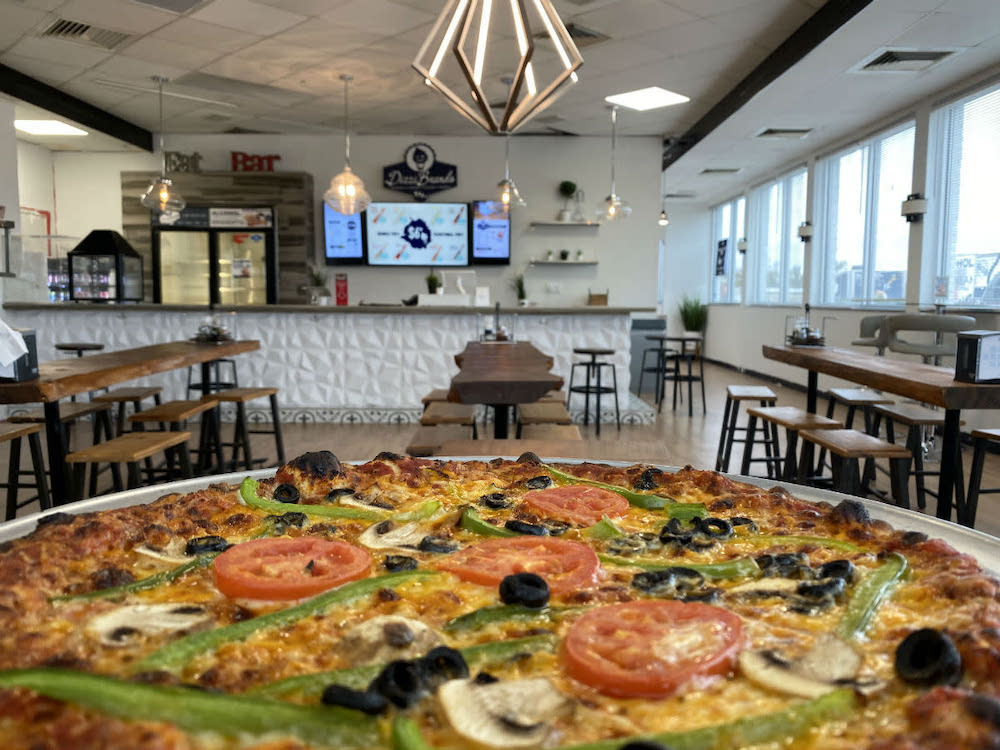 Midtown Pizza in North Dallas, long known for its kosher pies and calzones, has reinvented itself as a full-blown vegetarian pizzeria in a move that reflects the growing popularity of plant-based meats—even in a state where beef is still the boss.

David Taylor, the new managing partner of Midtown Pizza, told Dallas Culture Map the pizzeria uses “meatless meats” from Beyond Meats, including Beyond Beef and Beyond Hot Italian Sausage. “I’m a meat eater, and I love them,” he said in the interview. “I’ve been amazed at how convincing they are. They’re also just healthier overall.”

Even Midtown Pizza’s Meat Lovers pie is now entirely plant-based, according to the restaurant’s website, featuring “a delicious version of a hamburger, Italian sausage and pepperoni pizza topping that looks and tastes just like the real thing but made with plants and no meat!”

Also on the menu: a plant-based BBQ Chicken Pizza and a plant-based Basil Pesto Chicken pie. Additionally, the Midtown Calzone can be stuffed with plant-based Italian sausage, beef, pepperoni or chicken.

Nearly every item on the website menu is now tagged with a VG symbol for vegetarian.

“There are a few pizza places that offer vegan cheese and Beyond items, but I think we are one of the only pizza restaurants that carries it through on the entire menu,” Taylor told Dallas Culture Map.

“I call it ‘veggie with attitude,’” he added.

After some interior renovations, Midtown Pizza will hold a “re-grand opening” on Tuesday, February 25, with free food, drinks and ice cream.