Sudsy Sales: How to Start Your Own Microbrewing Operation - PMQ Pizza Magazine 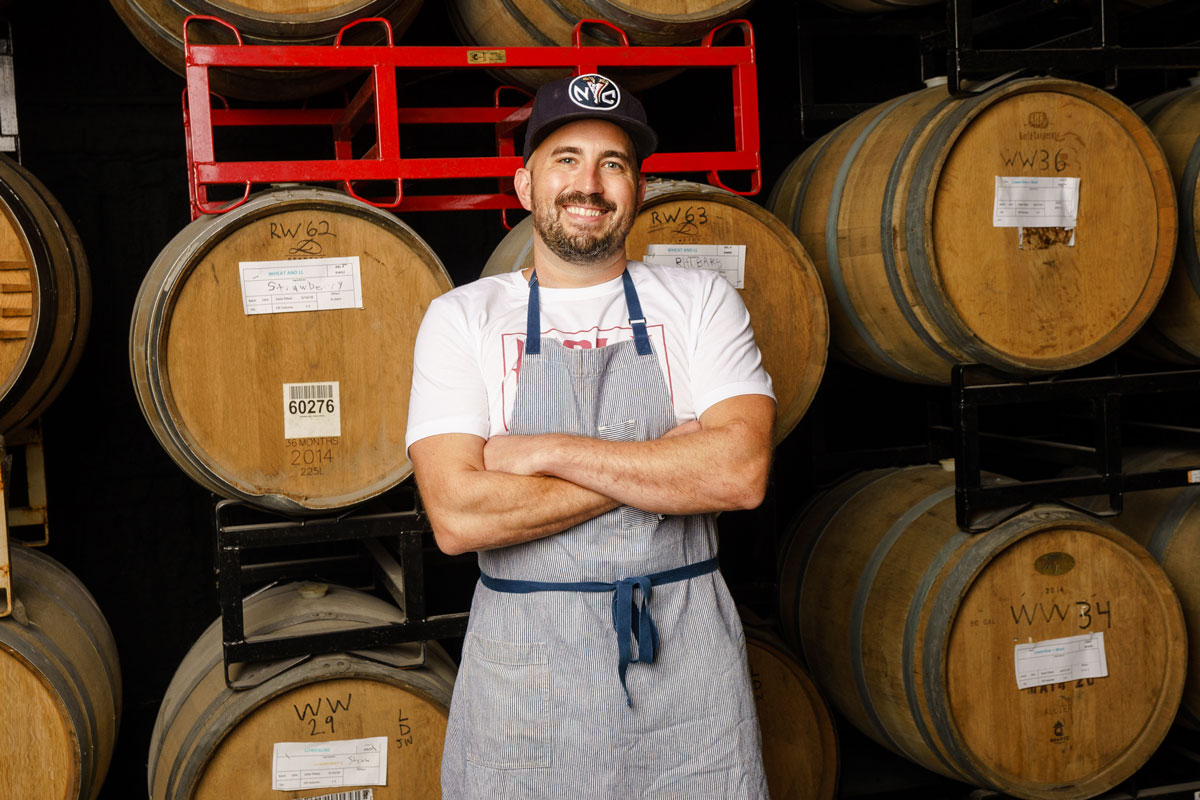 Related: How pizzerias are cashing in on the craft soda explosion

Ah, pizza and beer—these two fermented wonders seamlessly combine to offer a match made in any menu heaven. But some pizzeria owners have decided to upgrade this natural pairing even further by crafting their own beers in-house. “Our customers love all things local and artisan, so the investment has been absolutely worth it for us,” says Louise York, owner of LouEddies Pizza and Brewery in Skyforest, California. “I think beer makes LouEddies a more interesting restaurant. In the words of our brewmaster, Hunter Goniea, beer just makes the entire experience better—and we sell more beer because of how well it pairs with the flavors of our pizza.”

A Whole New World
Starting up a microbrewing operation within your pizzeria is a serious consideration and requires a slew of research and planning ahead. First, get to know your local regulations. Requirements vary by location, but in California, York needed to obtain licensing from the Alcohol and Tobacco Tax and Trade Bureau at the federal level, as well as the state-level California Department of Alcoholic Beverage Control.

The licensing process took almost one year, York said. “Turning our beer and wine license into a beer manufacturing license involves paperwork and ongoing inspections. You have to account for all of your grains and how they turn into salable beer. They can come in and ask about your cost of goods. It’s an added layer of doing business.” In addition, you’ll need proper insurance to cover people who are allowed into the brewing area.

Doug Walner, owner and executive chairman of NOLA Brewing and NOLA Pizza Co. in New Orleans, also stresses the importance of checking with your state for the rules around alcohol production and sales (which may vary according to whether your business is considered a brewpub, microbrewery or large-scale brewery). Are you allowed to sell other companies’ beers or other alcohol in addition to your own beers? Are you allowed to package and sell your beer to other stores? Are there age restrictions you must keep in mind for both customers and employees?

“Alcohol is a highly regulated business, so manufacturing beer on-site has serious business ramifications,” Walner explains. “Really think through what you want to do, understand what you need to do, and definitely engage in advance planning.” For assistance, he adds, contact a lawyer in your state who specializes in alcohol-related regulations.

Mark McClain, owner of Drop the H Brewery, which serves up its beer and pizza in Pittsburg, Kansas, agrees that the two biggest challenges of adding a microbrewery business involve regulatory and complexity concerns. “Getting licensed and maintaining compliance add to your workload,” McClain says. “You’re adding complexity by running two operations, a restaurant and a brewery. While acknowledging these challenges, in our case, they have proven manageable and well worth it.”

Laying the Groundwork
When you’ve decided to add microbrewing to your operation, you’ll need to explore additional key factors, including developing the ideal beer recipes and purchasing the proper equipmen, plus setting aside the amount of space the brewing will require. “The biggest thing to consider is the equipment, layout and design and what that will mean for your business,” Walner says. “What kind of room do you have? You don’t need to go big, but you do need certain equipment, and some systems are designed to fit in smaller spaces.”

In addition, Walner adds, other challenges can crop up: What unpleasant odors might emit during the fermenting process? Do you have proper ventilation to combat them? How will you handle the disposal of spent grains (i.e., do you have external storage)? If you’ll be bottling or canning your beer, you will require additional equipment—but you may choose to offer only beers on draft when you’re just starting out.

At LouEddies, the cost of initial investment for brewing operations totaled $25,000 to $30,000, but the building used (a historical cabin on the property) required fundamental upgrades, such as weight reinforcements and drainage. “The first step is outlining the space,” York explains. “We have dedicated 350’ to our Nano Brewery System, the fermenters, and the storage of grains and goods. And most important in incorporating a brewery is having great beer product. We were self-taught through classes and videos, but we also reached out to the brewer community and had many mentors in our brewery offering suggestions and assistance. We’re still learning every day!” 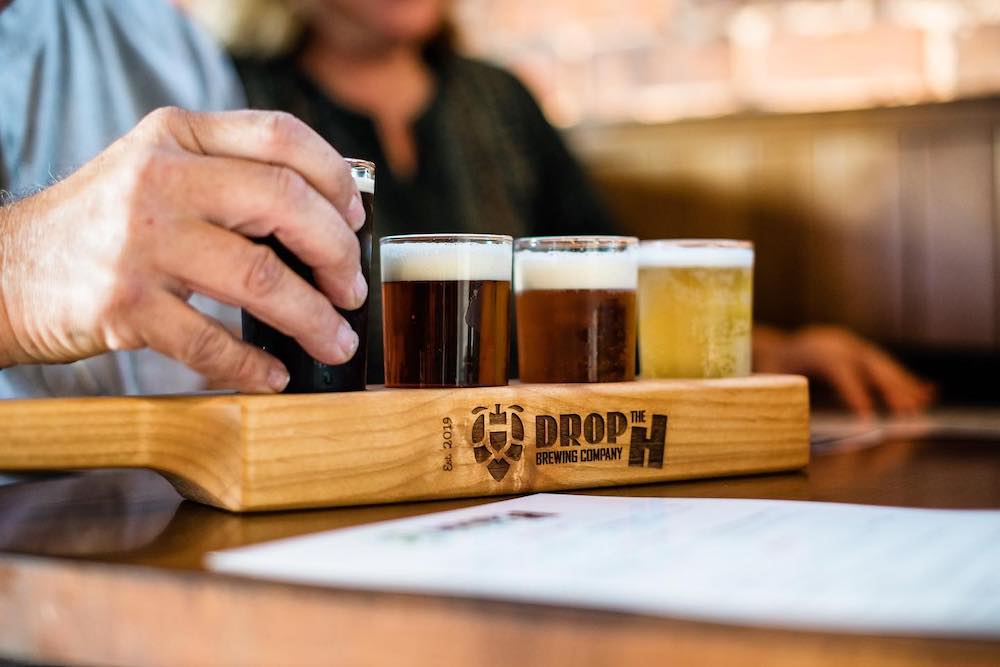 To hone his craft, McClain attended and graduated from the University of Vermont’s Business of Craft Beer program. If your pizzeria is still in the planning stages, he says, incorporating a microbrewery into the operation is fairly simple. But, for existing pizzerias, a number of factors will impact this addition. “Look at your available floor space, intended production scale, regulatory considerations, etc.,” McClain advises. “Fortunately, many of these hurdles can be accommodated—there are numerous vendors and many options to customize equipment to meet any given situation.”

York believes it was advantageous to establish her restaurant business first, building up a dedicated clientele over two years before introducing in-house craft brews. She believes that the process of adding beer shares many commonalities with developing the perfect pizza menu, but for brewing newbies, it’s a good idea to seek assistance. “Bring in a seasoned brewer to help, or you’ll have a very steep learning curve,” York warns. “I work with my restaurant employees who are interested in learning about beer, but I know other breweries that opened with the help of the home brewer community. Those people are passionate and love working with new equipment.”

Maximizing Profits
McClain’s combination brewery-restaurant operates with the tagline “craft beer, craft pizza, craft experience.” Though he admits that equipment costs can be a barrier to entry—and many other factors must be considered to make the financial case for the investment—he believes that offering both pizza and beer creates a healthy uptick in profits. “On a macro scale, Brewers Association economist Bart Watson has many studies that show the success rate of brewpubs compared with that of restaurants—and it’s not even close,” McClain notes. “I could point to many ways the brewery side of our operation adds to our profits: providing additional revenue streams, expanding the universe of potential customers, market differentiation and more. I also like the synergy it affords and how we can tie the two operations together to demonstrate the value proposition we offer.” 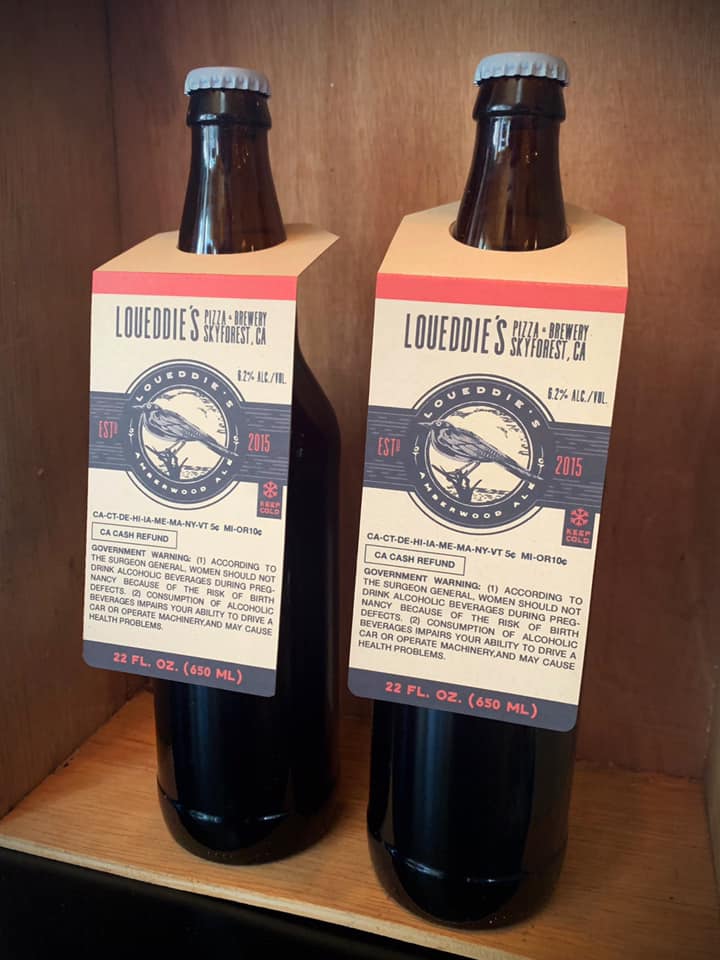 At LouEddies, York has also landed upon improved profit margins by selling her in-house beer on draft and in 22-ounce bombers for takeaway. Though the pizzeria has a vast offering of beers and wine, its own beer makes up an average of 30% of total alcohol sales. “We also have a lower cost of goods sold and a higher perceived value on products made in-house—fresh beer is just better,” York says. “A pizza restaurant with a brewery is a low-risk business model, since a busy restaurant has a built-in consumer. Our guests come in for pizza and buy beer. But you have to make great beer, and that’s easier said than done!”

McClain has also found that his food customers are naturally attracted to the brewing side of his business. “People like to understand the brewing process, so after touring our operation, we like to draw upon the similarities between brewing and baking,” he explains. “Just as we make our beer on-premise, we make our dough, sauces and dressings on-premise. Just as the beer is unpasteurized, so too is our pizza. For example, we shred our own cheese—no stabilizers, just fresh cheese. People respond to that. Brewing on-premise lets us engage our guests more intimately, and that’s a big plus.”

For York, the brewing biz even offers unexpected perks among employees. “There is an added benefit for us in employee retention,” she says. “Many of our pizzaioli have an interest in brewing, and we welcome them in the brewery. It offers our employees the opportunity to learn a trade, and we are happy to have that for them.”

Finally, simple steps can entice beer trial when you’re just starting out. In addition to sampling, Walner recommends offering easy ways for customers to get hooked on your brews, such as special dinners with pizza-and-beer pairings or flights of beer to serve up several styles in smaller pours. “People like to try beers and find the particular one that fits their palate, then buy the full size,” he explains. “You can be free with tastes, because beer is very profitable, a high-margin product, when made in-house. And it’s fun, too—who doesn’t want to have a slice of pizza and a beer?”