Mickey Mouse, Donald Duck, Other Disney Characters Get Their Own Pizzas (for One Day) - PMQ Pizza Magazine 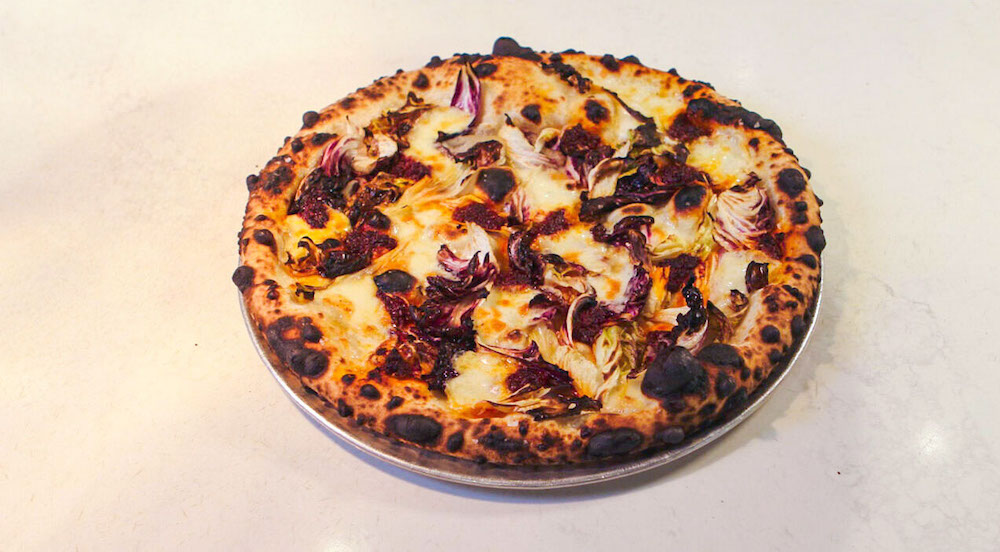 When you’re making a bunch of signature pizzas to honor iconic Disney characters, you’d better not leave Donald Duck off the list or you know he’ll throw a fit. Fortunately, Donald made the list in a promotion this month created by Disney in collaboration with Los Angeles-based chef Roy Choi.

As part of a holiday promotion called Disney Mickey & Friends(giving), five pizzerias around the country developed limited-time, delivery-only pizzas in honor of Disney’s most iconic characters. And when we say “limited-time,” we really mean it—the pizzas must be preordered starting November 16 and will be delivered on November 21.

Related: The right sauce can transform pizzas and other menu items for the better

Roberta’s, which is pretty much an icon in its own right in Bushwick, New York, joined in the promotion to create a pizza in Donald Duck’s honor (featured at the top of this page). And, naturally, it’s feisty, made with spicy sausage, bitter Castelfranco radicchio, Taleggio cheese and lemon zest. 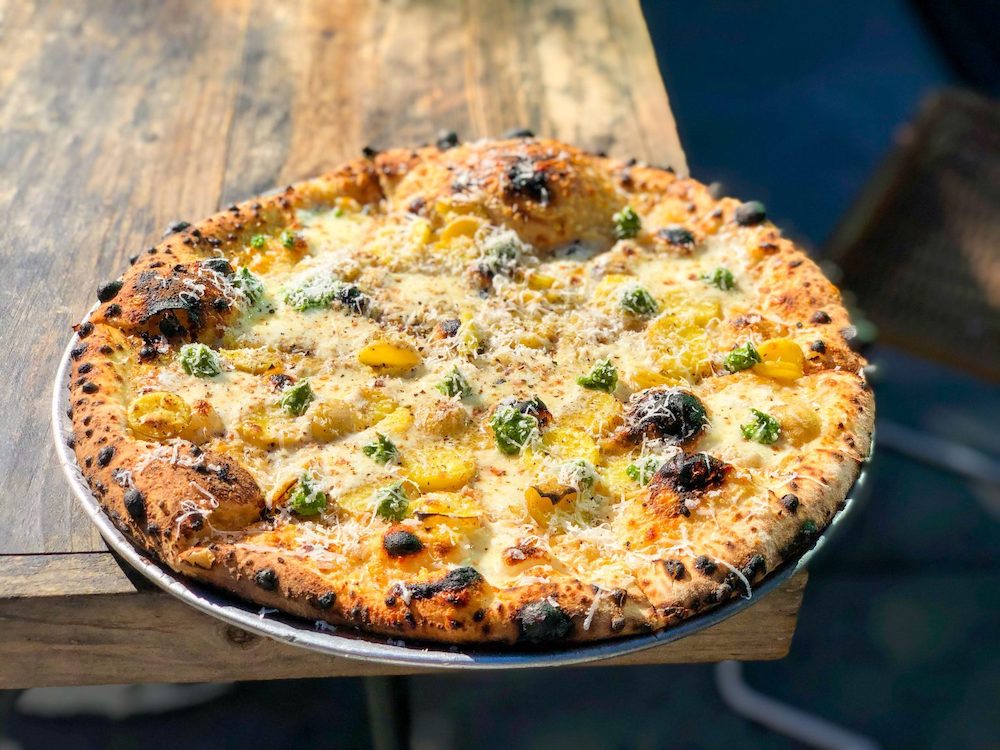 Not to be outdone, Donald’s sweetheart Daisy got a pizza of her own (above) from Roberta’s Williamsburg store, and it’s a real beauty. The Daisy Duck pizza features thinly sliced potatoes, shredded cheese and salsa verde. 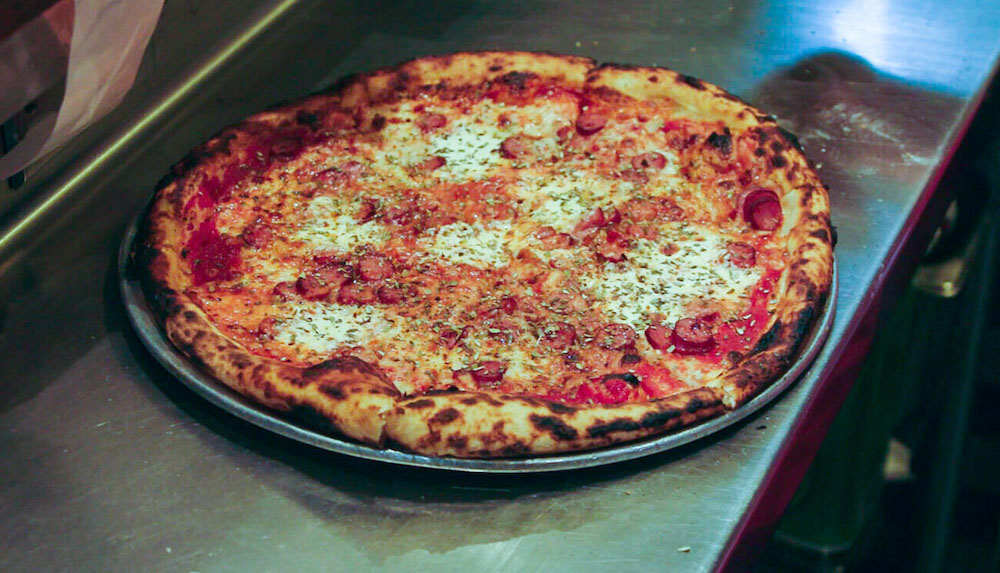 The privilege of creating a pizza for Mickey Mouse (above), the mouse that started it all, went to Jon & Vinny’s in Los Angeles. It comes loaded with smokies sausages, fresh mozzarella, aged mozzarella, caciovallo cheese and onions. 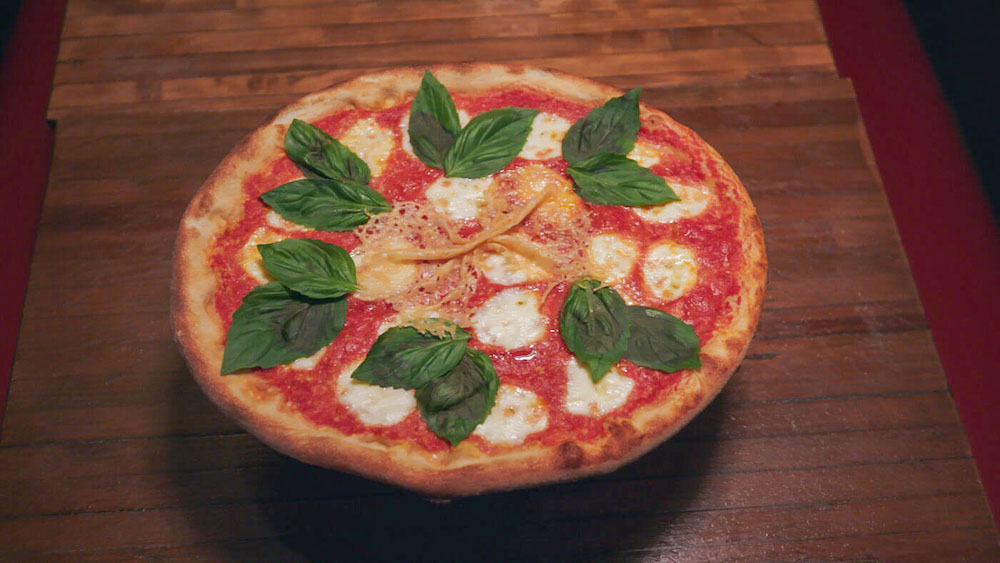 Home Slice Pizza in Austin, Texas, paid homage to the always lovely and gracious Minnie Mouse with a twist on the classic Margherita—at the center of this gorgeous pizza is a Parmesan crisp shaped like Minnie’s signature bow. 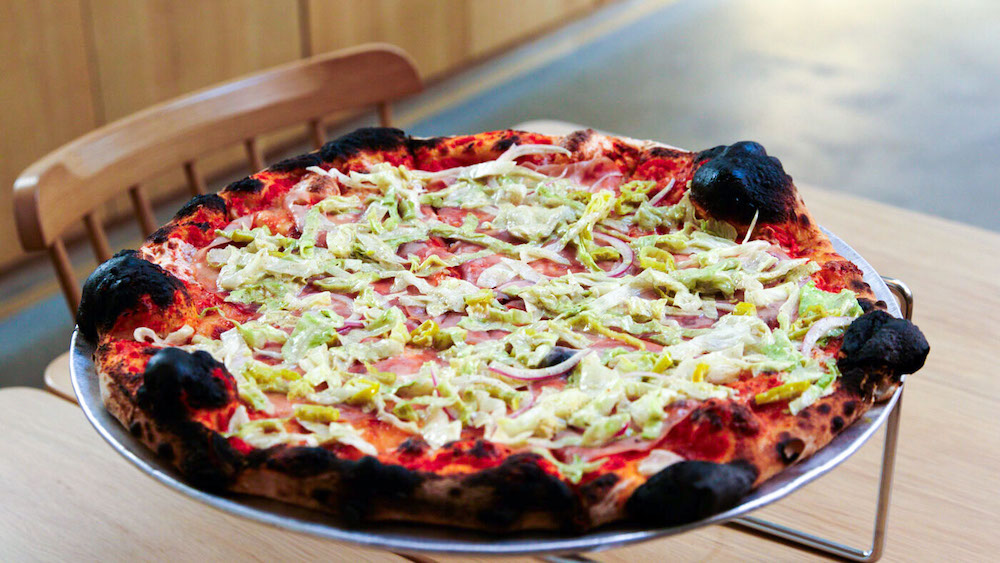 Pizzeria Beddia, located in Philadelphia, crafted a pizza in Goofy’s name. It can be topped with the customer’s favorite sandwich toppings. Pictured here is a version made with a light tomato cream base, mozzarella, mortadella and a nice, crunchy salad. 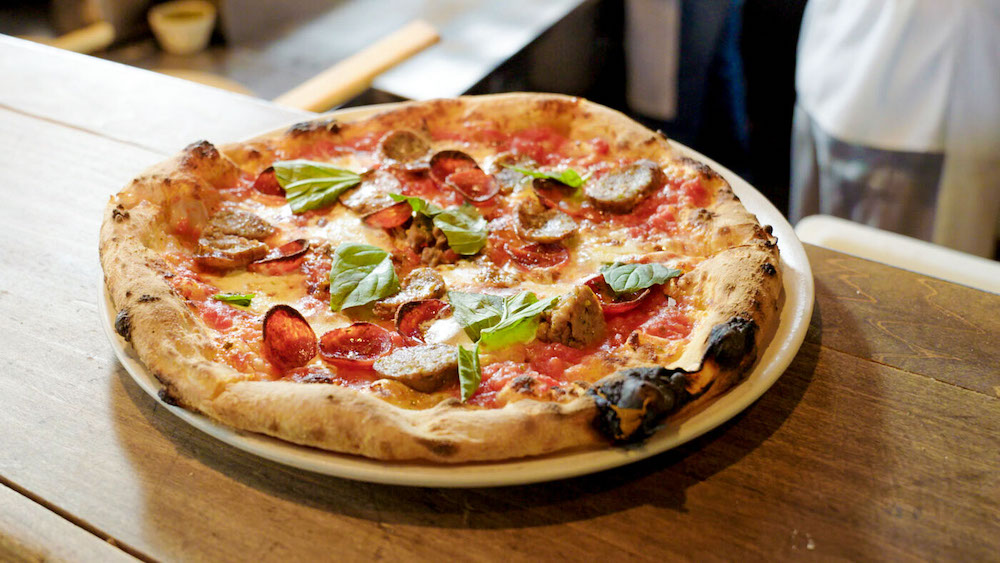 Each pizza costs $36 and comes in a custom pizza box with Mickey & Friends(giving) stickers.

“I am so excited to host this ultimate pizza party mash-up for fans and friends to share this Friendsgiving together,” Choi said in a statement. “I named one of my restaurants Best Friend because I live for that feeling when you’re just hanging out [and] having fun with your friends and nothing else in the world matters.”

“I was able to team up with some of the best pizzerias in the U.S. to make some awesome recipes inspired by Mickey and his friends,” Choi added. “And now, fans, too, can experience them with each other this holiday.”