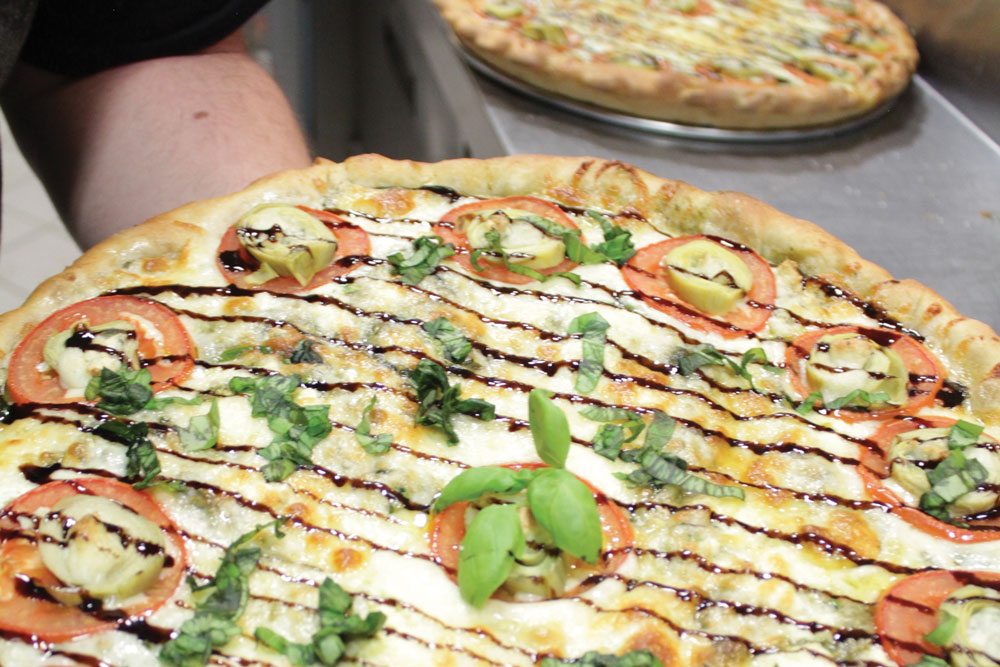 Michael LaMarca knows how to get kids to eat their spinach—just put it on a pizza. His Popeye Pizza tastes so good, it sailed to first place in the culinary category of the U.S. Pizza Team’s National Pizza Trials, held earlier this winter at Mellow Mushroom Pizza Bakers in downtown Chattanooga, Tennessee. The prizewinning pie also earned LaMarca, owner of Master Pizza (masterpizza.com) in Cleveland, a spot on the U.S. Pizza Team and a free trip to compete with the team in the World Pizza Championship this spring in Parma, Italy.

“The experience was amazing,” LaMarca says. “It was such an honor to win…against such amazing competitors. Anyone could have been the winner—that’s how good the competition was.”

LaMarca says he’s gearing up to compete next on the international stage in Parma. “I have already begun playing around with the pizza I won with in Tennessee and scaling it down to fit some of the criteria that the judges use in the World Pizza Championship,” he says. “I’m also researching the ingredients I used in Tennessee and learning how they are typically prepared by Italian chefs. Hopefully, I can find a nice balance of the two and come out with a pizza the judges will find extraordinary!”