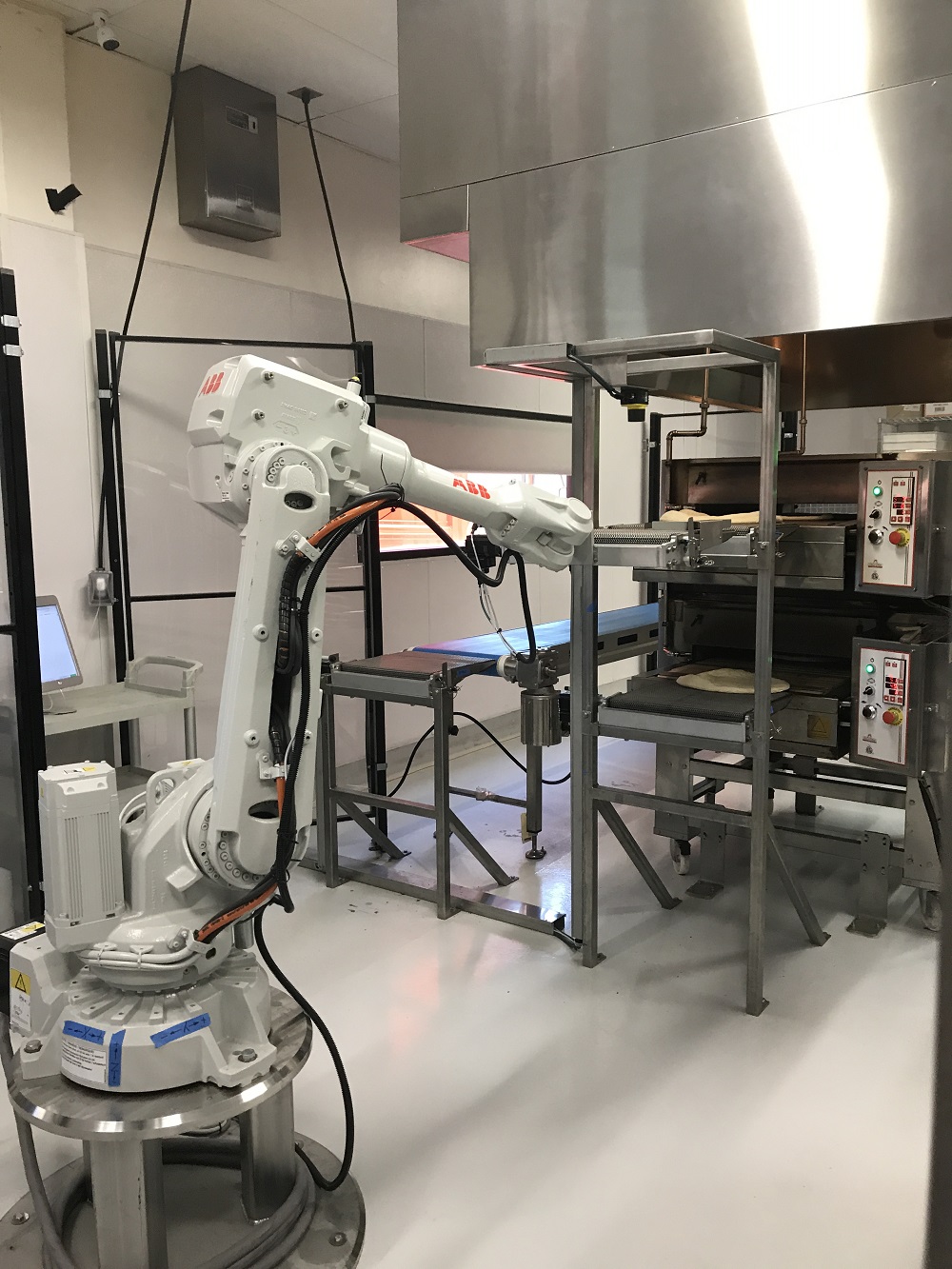 Zume Pizza, a fast-growing company that combines people and tech to transform the way food is sourced, made and delivered, today announced the addition of Vincenzo, the smartest and most precise food robot, to its “co-botic” kitchen.

In addition, Zume Pizza welcomed Rhonda Lesinski-Woolf as president of the company as it fulfills its mission of making healthier food more accessible by modernizing the workforce, re-skilling employees, and investing in higher-quality ingredients.

PMQ featured Zume Pizza, renowned for its pizza-making robots and state-of-the-art trucks that bake pies en route to a customer’s home, in the cover story of the June-July 2017 issue. While some industry leaders worry that robots in foodservice will take jobs away from human beings, Zume co-founder Julia Collins told PMQ the company aims to “set the right standards and values for how to create better jobs through automation, not for how to eliminate jobs through automation.”

Key to employee satisfaction and safety, Vincenzo is responsible for recognizing when a pizza crust hits peak par-bake perfection before strategically taking out each crust from the kitchen’s 800-degree oven and moving it into a 1.25”, 27-shelf pie rack. The robot chef leverages its six-axis mobility, speed and accuracy to index one of these shelves, filling four separate racks at a time. Without tearing the dough or dropping toppings, it can fill an entire pie rack within four and a half minutes.

Vincenzo bases its decisions on Zume Pizza’s proprietary predictive analytics to recognize which pie corresponds with each rack slot. Delivery drivers load the racks onto the Food Delivery Vehicles, based on the predicted demand of each neighborhood Zume Pizza serves.

According to the U.S. Department of Labor, workers in food preparation are more likely to be injured than those in private industry. With one-third of occupational burns occurring in restaurants, Zume Pizza sees a better way forward, using human-centric automation to make its kitchen one of the safest in the world.

Thanks to Vincenzo, Robert Medina, one of Zume Pizza’s head pizzaiolos, no longer has to stick his arms in and out of the 800-degree oven hundreds of times a day and instead can focus on the sacred task of nurturing the Poolish Dough, the traditional Italian way of making dough, which requires daily attention to maintain. Known to the Zume staff as ‘Uncle Bob,’ Medina, who has been in the pizza business for over six years, joined Zume Pizza in 2016 and was hired specifically for his expertise in artisanal dough. Now, with Vincenzo, he spends more of his day preparing dough and cooking from scratch and will not have to endure what pizzaiolos refer to “kitchen kisses,” or oven burns, anymore.

“As we continue to grow and scale across new food types and markets, it’s imperative that we create an environment that’s safe and fulfilling for our employees and that we continue to build a dream team of executive leadership,” says Alex Garden, CEO and Chairman of Zume, Inc. “With the addition of Rhonda and Vincenzo, we’re designing a workplace that’s creating meaningful careers all while upending the food delivery industry.”

Lesinski-Woolf, Zume’s new president, served as the Senior Vice President of Schools for Revolution Foods. Prior to that, Lesinski-Woolf spent a decade at Del Monte, culminating as Chief Marketing Officer and Senior Vice President of Product Management. Joining Zume Pizza as the company continues its rapid expansion plans for 2018, Lesinski will focus on scaling the company across new markets.

“After years spent cultivating a deep understanding of the food industry, I’m proud to be joining a team that’s taking on the biggest issues in food delivery,” Lesinski-Woolf said. “I am thrilled to be joining such a high-caliber team, well-equipped to meet the challenge.”

This news follows Zume’s recently announced partnership with Welbilt Inc. (NYSE: WBT), the leading global supplier of commercial foodservice equipment, to introduce new Food Delivery Vehicles that are equipped with hyper-efficient, custom-built appliances that can be customized for any food partner.

Related story: 8 Amazing New Technologies That Could Change the Future of Pizza