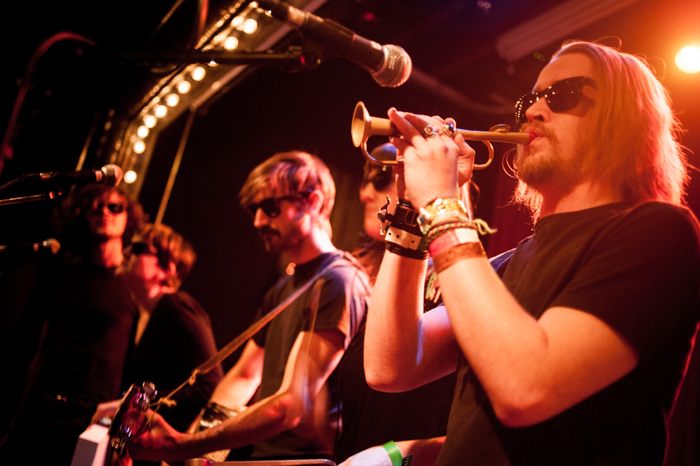 PMQ Pizza Magazine heard the news and immediately had to reach out to Macaulay Culkin’s new band, The Pizza Underground, to talk pizza. The band consists of Culkin on the kazoo, Matt Colbourn on guitar, Deenah Kreutz on the glockenspiel, Deenah Vollmer on the pizza box (yes, the pizza box—we’re not making this up), Austin Kilham on the tambourine and Phoebe Kreutz on the glockenspiel.

The New York City band plays Velvet Underground covers with pizza-themed song titles and lyrics. The hook that has drawn the most attention is Culkin on the kazoo and vocals. Culkin is best known for his starring roles in Home Alone (where he had some famous pizza scenes).

While the band is brand new—and, some thought, possibly a joke—the crew recorded a nine-song demo recently and released its first song. Tunes like “Papa John Says,” “I’m Beginning to Eat the Slice,” and more are part of the fun, along with a drum that is really a pizza box.

Phoebe chatted briefly with us this week to talk about the arrival of the new band and their love of all things pizza.


How did the band form?

Phoebe: We were all delivering pizza to Mo Tucker.

Was the idea always to have a pizza theme?

Why a cover of Velvet Underground?

Phoebe: It was the only option that made any sense.

Tell us about the pizza instrument—how did that get developed?

Phoebe: We had a pizza box and a stick. The rest is musical history.

What are the plans for the band's future?

Phoebe: Keep eating pizza and singing about it until we are full.

Will there be any songs with pizza themes?

Phoebe: They will continue to have pizza themes.

What is your favorite pizza?

Phoebe: The only way to tell if a pizza is really good is to get it plain. Anyone can make toppings taste good.

You can learn more about the Pizza Underground by visiting them on Bandcamp or liking them on Facebook.

and then watch this video recently released of the band of Macaulay Culkin just eating pizza. Why? Why not?!