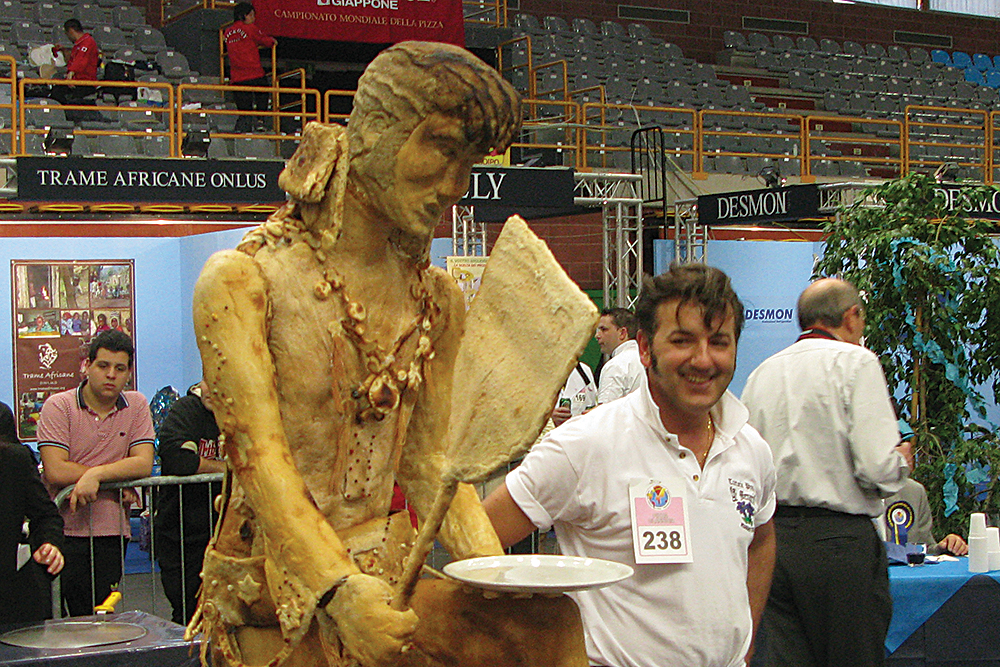 Elvis Presley loved pizza. Many pizza makers love Elvis. But a pizzaiolo in Recoaro Terme, Italy, probably loves Elvis more than most. Christened Vittorino Tessaro, he is better known to his friends as Elvito, the pizza making Elvis of the Italian Alps. He wears his hair like Elvis. He sports mutton-chop sideburns like Elvis. He even carves sculptures of Elvis—but these sculptures are unlike any tribute to the King you’ve seen before.

A fan of Presley since he was a teenager, this amiable and capable pizza maker eventually decided to use his on-the-job skills to honor the myth of the king of rock-and-roll. But it didn’t happen right away. As owner of Trattoria Pizzeria ai Menarini (pizzeriamenarini.it), Tessaro started out by participating in local pizza making competitions, frequently bringing home top honors for his pies. He soon earned a reputation for great-tasting and aromatic pizzas, made with high-quality flour and garnished with healthy, locally grown ingredients, the result of a deeply personal style honed from many years of experience—not to mention, he notes, a great deal of experimentation. 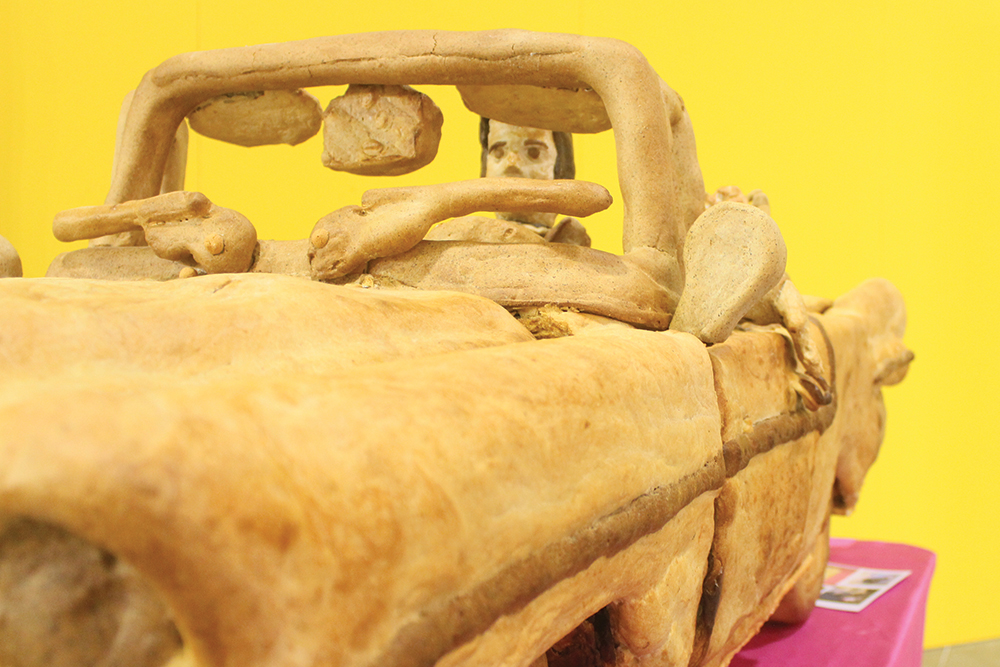 As Tessaro delved further into what he calls “this magical world” of pizza making, he learned about the World Pizza Championship, then held in Salsamaggiore, Italy, each year. In 2007, he opted to share his pies with the world. “It was a really exciting experience indeed,” Tessaro says. He relished the challenge of competing against some of the best pizza makers from every corner of the globe, but one event in particular—the bread sculpting contest—brought out the artist in him.

Bread sculpting is just what it sounds like: fashioning sculptures out of baked bread or pizza dough—the more realistic-looking, the better. Entries at the World Championship of Pizza have ranged from elaborate castles and nude Greek gods to the Statue of Liberty and a pizza-wielding Napoleon on horseback. In 2009, Tessaro entered his first sculpture of the King, decked out in fringed bell-bottoms and kneeling in an iconic pose, with a pizza in one hand and a paddle in the other. “It was not an easy job,” Tessaro says, “because it was a very large thing, made up with a lot of kilos of dough and a heavy structure to support it. It was also difficult to recreate those typical details of the king of rock-and-roll in 1970s style, enriched with fringes, pearls, trinkets and the unmistakable tuft of hair.”

But Tessaro obviously did something right: The sculpture won second prize, and Tessaro couldn’t help falling in love (sorry, we couldn’t resist) with the medium. “This event pushed me to be more daring,” he says. “And the next year? Elvis again, of course, but the challenge was bigger this time—he was riding his Harley, life-size, obviously. The results were better, thanks to the previous experience and the original idea. But the work was doubled: Besides making a man with pizza dough, it was necessary to make or, rather, build the King’s bike so that, when you got close to it, you seemed to hear its motor roaring while Elvis sang the notes of ‘Heartbreak Hotel.’”

The hog-riding Elvis sculpture earned another second-place win. A few years later, Tessaro’s dough-sculpted Elvis cruised back into town with an even cooler set of wheels—a Cadillac. Two meters in length and intricately detailed, the sculpture (somewhat smaller than life-size this time) depicted Elvis at the steering wheel of a car with functioning doors, hood and trunk. There was a pizza-shaped motor in the hood, luggage in the trunk and a guitar and records in the back seat. “I wanted to represent Elvis on a trip,” Tessaro says. “Destination: Parma!”

Like his previous sculptures, every individual piece of the Elvis-and-his-Caddy sculpture was fashioned from real pizza dough. “You can even smell the aroma,” Tessaro says. “The addition of whole-wheat flour helps create the darker colors, which are necessary to distinguish the different parts as well as some key details. To support all of this dough, I had to build a structure made with wood, aluminum, paper and a lot of glue. All the rest, though, from the smallest to the largest detail, is nothing but baked pizza dough. It’s completely edible, just as the rules require!”

Although a crowd favorite, the Cadillac didn’t earn a prize, but Tessaro wasn’t all shook up by the loss. “Who knows? Elvis is probably smiling down from rock-and-roll heaven, wanting to see me create something bigger for the next contest,” he says. Meanwhile, Tessaro hopes to visit the United States one day, make a pilgrimage to Graceland and see Elvis’ real 1955 pink Cadillac for himself. “Since I was a teenager, one of my dreams has been to fly overseas to Memphis,” he says. “I would love to visit the King’s favorite places and even meet some of his relatives who still live there. That would be incredible.”

Alice Tessaro is Vittorino’s daughter and No. 1 fan.
For video footage of Elvis’ Cadillac, check out PMQ’s digital edition at PMQ.com or download our tablet app at iTunes, Google Play and Amazon.com.