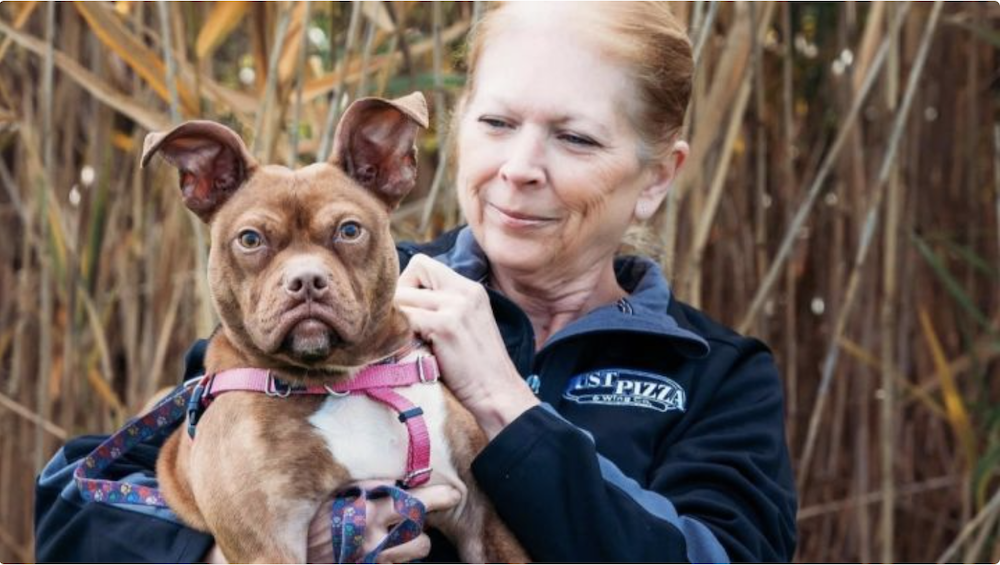 Mary Alloy, owner of Just Pizza & Wings in Amherst, New York, started a heartwarming trend last spring that spread across the southeastern U.S.—using pizza box toppers to help shelter pets find their forever homes. But now the animal-loving entrepreneur needs a little help of her own—she was recently diagnosed with a hard-to-treat form of cancer.

Alloy has small-cell carcinoma, a fast-growing type of lung cancer. To help pay her medical bills, a GoFundMe campaign has been set up here. The campaign’s target goal is $15,000, with more than $8,600 raised so far.

“With a limited number of known cases and bleak survival rate, Mary needs aggressive treatment,” the GoFundMe campaign, created by Tony Ocasio and Nadine Ocasio, explains. “A treatment that will be expensive. We are asking for your help and support of this kind and generous woman.”

Alloy made national headlines back in the spring when she started a partnership with the Niagara Society for the Prevention of Cruelty to Animals (SPCA). Her Just Pizza & Wings store started sending out pizza boxes with attached flyers and photos of dogs in need of adoption. Anyone who adopted a dog featured on one of the boxes received a $50 gift certificate from the pizzeria.

Before long, other pizza restaurants in Florida, North Carolina and Texas took the idea and ran with it.

According to the Niagara Gazette, Alloy is still doing good deeds for animals and children alike. As part of her current Help a Shelter Pet fundraiser, anyone who donates $1 or more to the Niagara SPCA will get a card with their name—or the pet’s name—displayed on the wall at Just Pizza & Wings.

Alloy has also been collecting unwrapped toys for underprivileged children at her restaurant.

“Mary is not just a volunteer at the Niagara SPCA,” Kimberly LaRussa, event coordinator at Niagara SPCA, told the Niagara Gazette. “She is a valued friend of many and myself. She goes above and beyond to help.”

Alloy’s son, Alex, told the Gazette that his mom had been helping others long before she opened her pizza shop in 2007. “I just hope her light goes on,” he said. “She did it because it put a smile on other people’s faces.”

“When you walk into Just Pizza, you can’t help but notice the donation boxes that litter the counter top,” the GoFundMe campaign notes. “Her donations of food and door prizes to the various events these organizations hold has helped over 200 animals find their forever homes.”

“Mary’s generosity doesn’t stop with furry friends. Throughout Covid-19, she donated food to area hospitals and fire stations to help feed our frontline workers and first responders. In addition, she has supported local schools by offering pizzas at a reduced rate for fundraisers to help clubs and sports teams for many of our children.”

Other nonprofits Alloy has supported include the Make-A-Wish Foundation, the Erie County SPCA, Hospice Buffalo, Stone’s Buddies, and Diamonds in the Ruff.

And Alloy isn’t ready to quit doing what she loves, she told the Gazette. “I’m just going to keep going until it stops.”