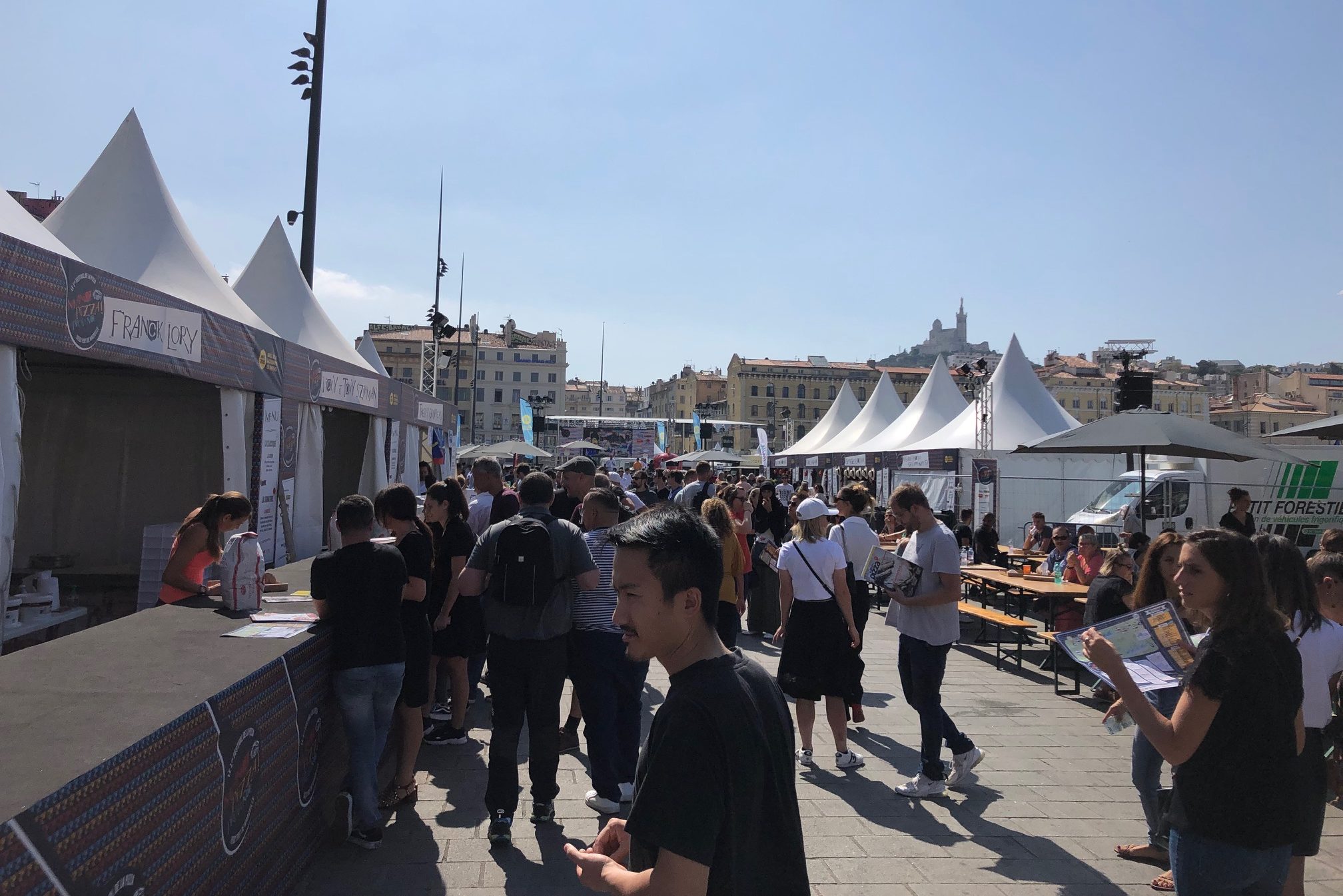 As a food reporter for Vice once said: “Instead of asking a Marseillais where he or she eats bouillabaisse, ask them instead where to find the best pizza — and you won’t be disappointed, as everyone has a favorite spot.”  Marseille is known internationally as the French capital of pizza, a title that goes back to the 1900s when impoverished Neapolitans moved in and opened pizzerias on every corner.

Organized by the tourism department of Bouches-du-Rhône where Marseille resides, the five-day pizza festival is underway at the Old Port right now.  The French and ardent pizza lovers are visiting 15 pizzaiolos at their exhibitions and food trucks to eat thick and thin pies topped with cream or tomato base served up as classic or signature style — all in front of the open sea.  These pizzaiolos will

“The objective for this first edition: 100,000 visitors and more than 50,000 pizzas baked in five days,” said Oanh Lecomte, festival organizer.

Mania Pizza Festival is also hosting three flagship competitions: a pre-selection stage of the France Pizza Tour which will choose 10 professionals to participate in the next French Pizza Championship, but also the first French Championship of Neapolitan Pizza and the Championship of Acrobatic Pizza Europe.

The pizzaiolos will also teach festival-goers techniques and secrets in making specialty pies during free master courses.  Children are welcome to play with dough and learn how to make simple pizzas, too.

To keep up with the festival, visit their Facebook page here.