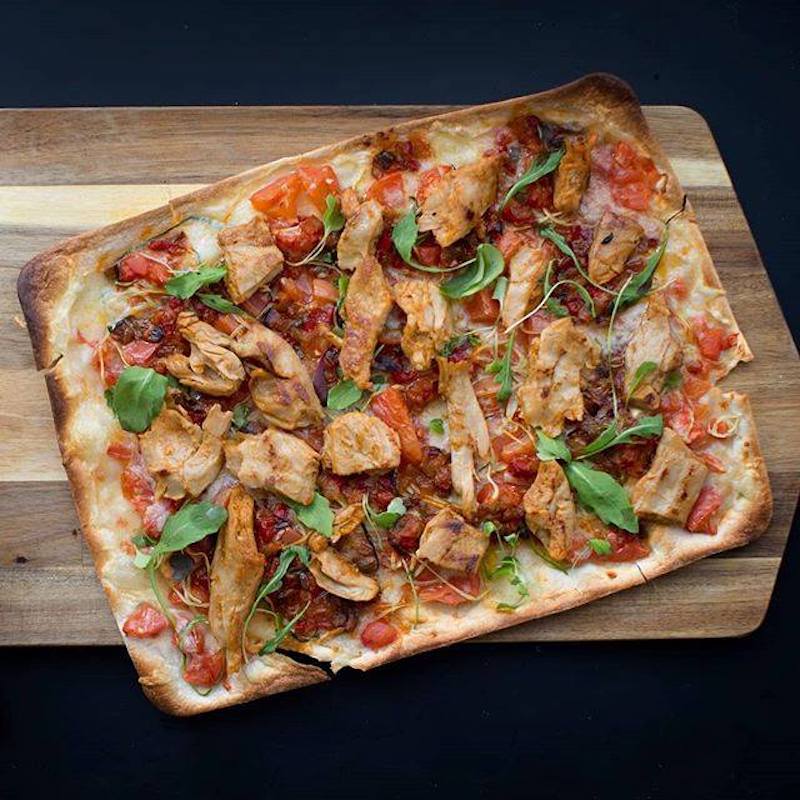 Since its inception in 2017, Barcelona, Spain-based Heura has been on a mission to “create solutions that make the current food system obsolete and accelerate the transition to a world in which animals are out of the protein production equation entirely.”

Sounds revolutionary, but Heura CEO and co-founder Marc Coloma asserts that he and his co-founder, Bernat Añaños, are activists at heart. And their tendencies have found the perfect expression via a plant-based product range of traditionally animal-based staples, including chicken strips and burgers, as well as beef burgers. “The range is constantly growing as we innovate to find more sustainable, more nutritious, and better tasting products to bring to market,” Coloma explains. “Starting Heura with Bernat was our way to bring the plant-based movement to the masses by creating innovative products that are nutritious, delicious and accessible to all.”

Related: What if every restaurant served plant-based and sustainable meals?

So far, Heura products are available in 12 countries across 3,000 retail outlets, with plans to expand worldwide. The company that bills itself as Europe’s fastest-growing plant-based food brand is also being recognized for its success: According to VegNews, Coloma accepted, on behalf of Heura, the 2020 Entrepreneur of the Year Award from Spanish magazine Emprendedores. Here, the flourishing entrepreneur answers our questions about the rise and future of vegan eating.

Q: What do you think are some common misconceptions about vegan consumers and/or vegan diets?

Coloma: There are a lot of myths, but I think one of the main misconceptions around plant-based diets is that they are boring and lack the vital minerals and proteins needed to form a balanced diet—but this couldn’t be further from the truth! Cutting products derived from animals does not mean limiting your dietary choices or having to subsist on bland salads.

How can pizzerias and restaurants do a better job of communicating their vegan offerings to customers and reach the vegan community?

Coloma: Offer exciting dishes! Vegan versions of all of the traditional pizzas are already widely available nowadays, like barbecue pizza or the quattro stagioni pizza made with plant-based meats. On the menu, it helps to mark the vegan options, to quickly identify the restaurant as having a vegan offering.

Q: Why do you see vegan eating as not just a trend but a full evolution of our eating habits going forward (even among meat eaters who are incorporating more plant-based foods)?

Coloma: It’s a full evolution because it is what the world needs. It makes no sense to keep using animals to eat if there are already alternatives that are more efficient, tasty and healthier. As our way of mobility evolves, our way of eating also needs to evolve.

The uptake in veganism over the last few years is incredibly encouraging for future innovations in our eating habits. Concerns around animal welfare issues, the serious health risks linked to eating too much meat, and the ever-growing environmental cost of meat and dairy have spurred a rise in veganism and an adoption of more flexitarian diets, which are here to stay. The COVID-19 pandemic has also helped in some ways, as lockdowns may have given many people time to reflect on their health and pay closer attention to their diets as they cooked more at home.

Q: What strides have you witnessed in vegan food options over the years, and what do you want to see or predict for the future of this space?

Coloma: Vegan food options are becoming more widely available as well as increasing in variety. We are seeing more vegan eateries pop up than ever before—only a few years ago, the choices to eat out as a vegan were very limited. Even mainstream outlets have adopted vegan options, such as KFC’s vegan burger (which sold out in four days) to the vegan version of Greggs famous sausage roll. There is definitely an uptake in public interest toward a vegan diet, as the number of people joining Veganuary rises each year. I think there has been a shift in attitude toward veganism during the last few years, with many now seeing the positive environmental and health impacts a vegan diet can bring—which I hope will continue into the future.