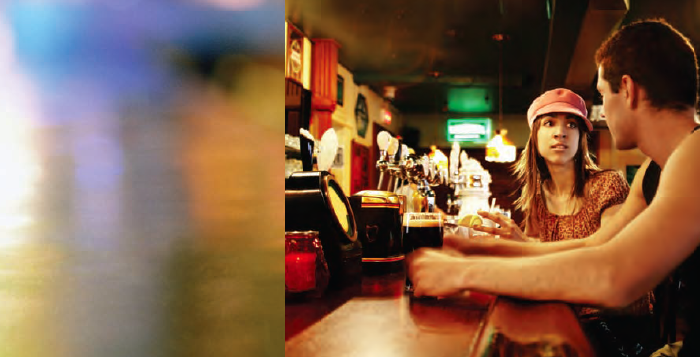 In December 1933, the party began again. Prohibition was history. You could not walk into a saloon without hearing the greatest line of all: “This one’s on the house!” Now, more than 75 years later, approximately one out of every five draft beers is effectively given the same treatment. Excessive draft beer waste and giveaways behind the bar remain a problem for both social and technological reasons, and many pizzeria operators remain unaware of the losses, don’t believe the waitstaff is culpable, or are uncomfortable dealing with potential conflict.

Industry reports indicate that bar theft costs the hospitality industry $4 billion dollars per year. With draft beer shrinkage (unaccountable loss) of 20% being labeled the industry “average,” is it safe to assume restaurant owners consider this figure acceptable? It’s difficult to think of another industry in which owners would consider one out of five products “missing” as acceptable.

Should pizzeria owners turn a blind eye to this costly fact? Mike Pittman, responsible for running multiple Star Pizza (starpizza.net) locations in Houston, would say no. “Draft beer is a major source of revenue for Star Pizza,” he explains. “We implemented a solution to measure draft beer flow and expose unacceptable draft beer shrinkage. In one week, we isolated a problem employee and presented the shrinkage reports, and she quit.  Problem solved.” Pittman performed his own research and found the solutions available for measuring draft beer shrinkage. “The impact was immediate,” he says. “Beer sales increase, hard costs decrease.”

With today’s technology, pizzeria operators have the capability to make 20% shrinkage a thing of the past, not simply acceptable loss. Yes, there is waste associated with pouring draft beer, especially if your system is not operating efficiently. But pouring problems can be fixed.  By measuring draft beer flow, you can calculate exactly how much beer is lost to shrinkage. If your system is causing 15% shrinkage, for example, it is simple to calculate the true hard cost loss and determine if fixing the problem is cost-effective.

It’s also important to know how many servings you should get from a keg. For example, most owners know there are 1,984 ounces in a 15.5-gallon domestic keg, and they know they pour 16-ounce pints, so they assume 124 servings per keg. However, with the evolution of the 14-ounce pint glass (in combination with ½” head), they should expect closer to 155 servings per keg. At $4 per serving, that adds up to $124 per keg in lost revenue!  Determining how much you’re actually pouring is a vital step to reducing shrinkage.

Chris Parker, owner/operator of Jojo’s Pizzeria (jojospizza.com) in Chino Hills, California, decided to install draft beer meters on his four kegs. Skeptical about the size of any potential losses, Parker implemented a self-contained draft beer meter that he installed in minutes. Without notifying his staff, he decided to establish a benchmark. After his day off, Parker reviewed the draft beer data and noticed a variance of approximately 360 ounces (about six pitchers). Confident that his beer pours well, Parker decided to address the staff. What he learned changed the way he operates his business today.

Parker showed the staff his new draft beer meters on each keg and asked if there was a reason for the missing six pitchers. After 30 seconds of silence, one server admitted she was “very busy and may have forgotten to ring up two or three pitchers.” Another server confessed, “Some of my friends were here, so I gave them a pitcher.” Last, the cooks admitted they often pour themselves a pitcher “while cleaning up.” Parker was shocked. Missing revenue and the additional risk of liability due to employees drinking on the job carried a much greater price tag than Parker was expecting.

However, bartenders and servers do not always cause unacceptable draft beer shrinkage; in many cases, management contributes to or even drives the problem. It’s human nature to avoid confrontation, but when draft beer shrinkage data is made available to management and points toward theft, they need to take action and address the problem. This scenario can be difficult, but there are steps that may ease the process.

With draft beer monitoring solutions available, the question becomes: How do you implement and enforce solutions without impacting the morale of the staff? Board-certified psychiatrist Randy Ross consulted on a pilot study of more than 20 restaurants with challenges related to draft beer shrinkage. “It’s important to be as straightforward and as transparent as possible as these new technologies are presented,” Ross advised. “Emphasize to staff the competitive nature of the marketplace and the need for accurate data.” Ross also suggested the message to staff should be clear: “You are not the problem, yet you are a key part of the solution.”

Nobody likes to be part of a sting operation (suddenly every ounce of draft beer poured was being tracked and nobody knows why). In every pilot study done by Parker Technologies, rumors ran rampant before the staff was formally addressed about a new procedure using draft beer measuring technology. Once the staff was addressed, everyone was at ease—with the exception of the dishonest employees.

What if the person responsible for taking action on unacceptable draft beer shrinkage is good friends with the problem employee? It’s important for the owner to be aware of possible conflicts of interest. In some cases, family members of the owners may even cause the problem.

Develop a new draft beer accountability policy that works well for your business, and present it to staff for questions and comments. Get the staff involved. Set team-building goals for reducing draft beer shrinkage, and reward staff for meeting those goals (as you would for other revenue-boosting goals, such as upselling appetizers or desserts).

In tough economic times, pizzeria operators don’t have to suffer when it comes to the most profitable commodity they sell: draft beer. You have the ability to increase revenue, reduce hard costs and expose after-hours drinking in order to add immediately to the bottom line.

Sean Massey is a registered professional engineer and founder and CEO of Parker Technologies, which developed the first-ever self-powered, self-installed draft beer meter. Massey was involved in more than 20 one-year pilot projects to study draft beer shrinkage in today’s workplaces.