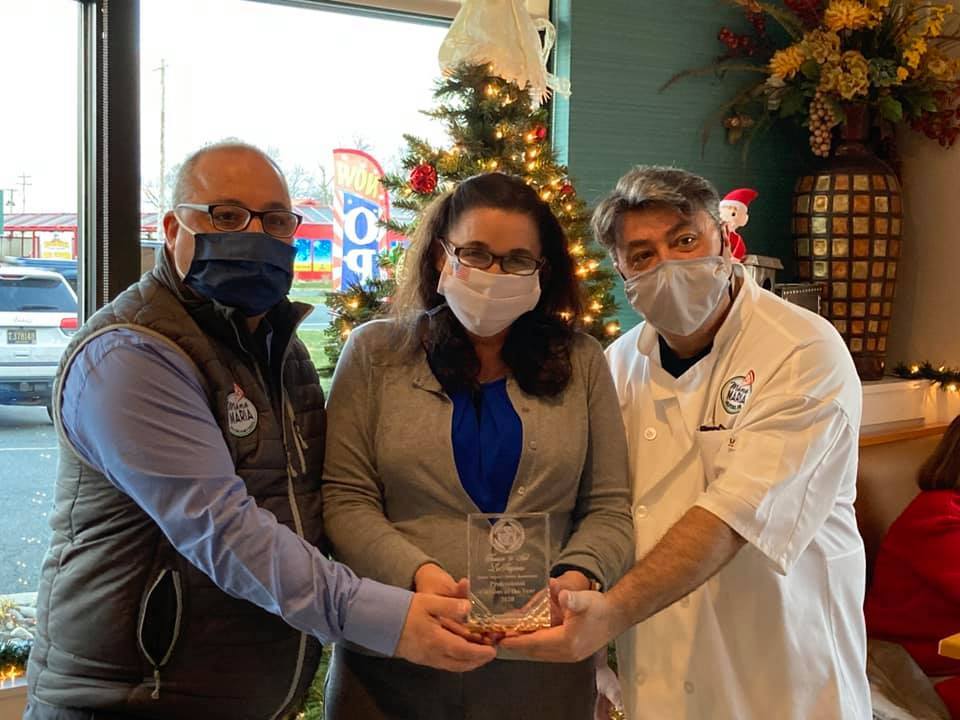 The owners of Mama Maria’s Restaurant & Pizzeria in Milford, Delaware, were named the 2020 Professional Citizens of the Year by the Greater Milford Chamber of Commerce, according to WBOC.

Salvatore and Franco Laragione are both natives of Naples who moved to Milford as teenagers after their father, Giuseppe, took over a franchised pizza restaurant called Attilio’s. The Laragione family later opened their own restaurant and named it after Giuseppe’s mother.

When the pandemic broke out in March, the Laragione brothers started offering free meal kits to people in need even as they were coping with a 75 percent drop in sales. “We decided to start with 300 meal kits to give away to people,” Franco told WBOC.

Each meal kit came with a jar of pasta sauce, six house-made rolls and a pound of pasta imported from Naples. The giveaways helped feed people who had lost their jobs during the pandemic while also promoting the Mama Mia name in the community.

“I knew that I needed to call someone to somehow help me distribute these kits,” Franco said. “So I decided to call the Milford School District to see if they would do a robocall for me so people could somehow get the word out,” he said.

Robocalls started going out every Monday and Wednesday. People in need called the restaurant to request their meal kits, but many locals also phoned in to make donations. “Before you know it, people started knowing about it, and everybody in the city of Milford, and I mean everyone—all our customers and everyone—started handing us money basically just to pay it forward. We didn’t want to make the money and keep the money. So, in turn, we just started making more jars [of sauce] and more kits.”

By the end of June, Mama Mia had given out more than 4,900 meal kits. Locals were so impressed that they nominated the Laragione brothers for the Professional Citizens of the Year award. =

Susan Avalos, an administrative assistance with the Greater Milford Chamber of Commerce, said the Laragione brothers “definitely made it easier for everybody to process what 2020 has given.”

“I know a lot of people speak highly of [Mama Maria],” Avalos told WBOC. “I love their food … its delicious.”