Made in Japan: The Secrets of Tokyo Neapolitan-Style Pizza - PMQ Pizza Magazine 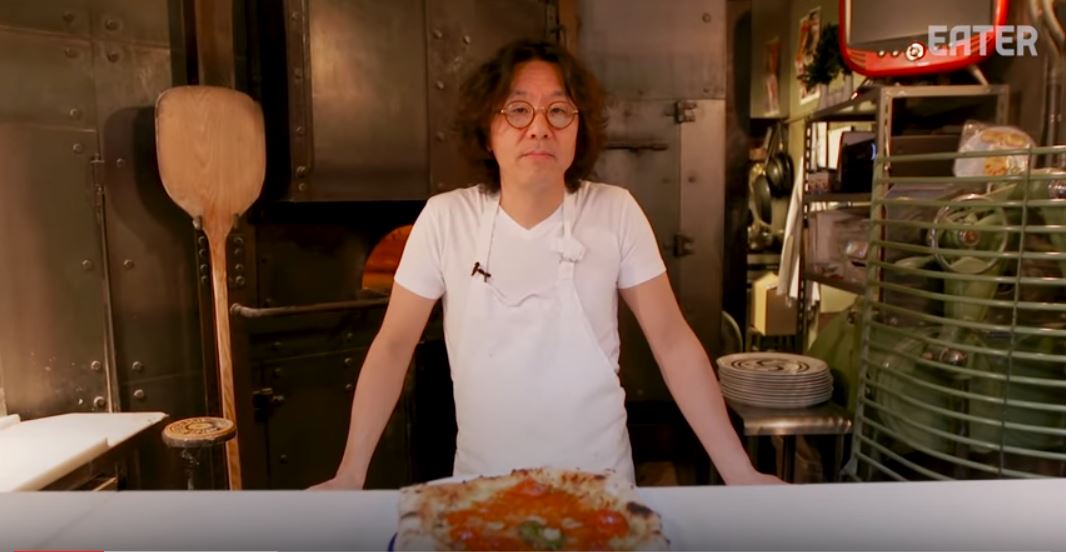 As an aspiring pizza maker, Susumu Kakinuma, like many others, journeyed to Naples in the early 1990s to learn the fabled craft. “But I wasn’t able to study there,” the owner of the celebrated Seirinkan pizzeria in Tokyo, tells Eater.com.  “I couldn’t find any restaurants that would accept a foreigner like me. So I had to learn all by myself.”

By all accounts, Kakinuma figured it out just fine—and other Japanese pizza makers have been learning from him ever since. His pizza shop, a three-story, cathedral-like edifice with a spiraling staircase and wooden pews adorned with crucifixes, has thrived for 23 years and even earned AVPN accreditation. He’s in the vanguard of what Eater.com describes as “the new wave of Japanese pizza,” which the foodie site ranks “among the best Neapolitan pizza in the world.”

“For me, pizza is music,” Kakinuma, a drummer in his spare time, notes in an Eater.com video. “In both pizza and music, rhythm is most crucial. You can’t make good pizza or play good music without the correct rhythm. So for me, pizza and music are one and the same.”

Additional reading: How to get your Neapolitan pizza certified by AVPN

In fact, it was a disco-themed American movie, Saturday Night Fever, that set Kakinuma on his quest to create the perfect pie. “I was 18 or 19 years old,” he told Eater.com in 2017. “The first time I thought pizza looked amazing was in the scene where John Travolta is walking around. I mean, I know pizza is from Italy, but, damn, that looked good.”

Despite his shop’s official recognition by the super-picky AVPN, Kakinuma, hailed by CNN as Tokyo’s “prime minister of pizza,” is credited with developing the so-called “Tokyo Neapolitan” style of pizza, “defined by locally sourced wood burned in a locally sourced oven, an extra punch of salt and a delicateness of dough that extends to the tip of the fire-seared crust,” Eater.com reports.

Kakinuma offers just two versions of his famous pies: the Margherita and the Marinara. TimeOut.com notes the Margherita “is a long way from textbook,” bearing just a light smear of tomato sauce and a crust that’s “as light and chewy as freshly baked ciabatta, with a dusting of salt that makes each bite worth savoring.”

But Kakinuma notes that the Japanese are independent thinkers who follow their own rules. “Look, Japanese people are really free,” he tells Eater.com. “What I mean by that is, Japanese pray on New Year’s Day at a Shinto shrine, get married in a Christian church and hold their funerals at a Buddhist temple. They’re beholden to no single point of view.”