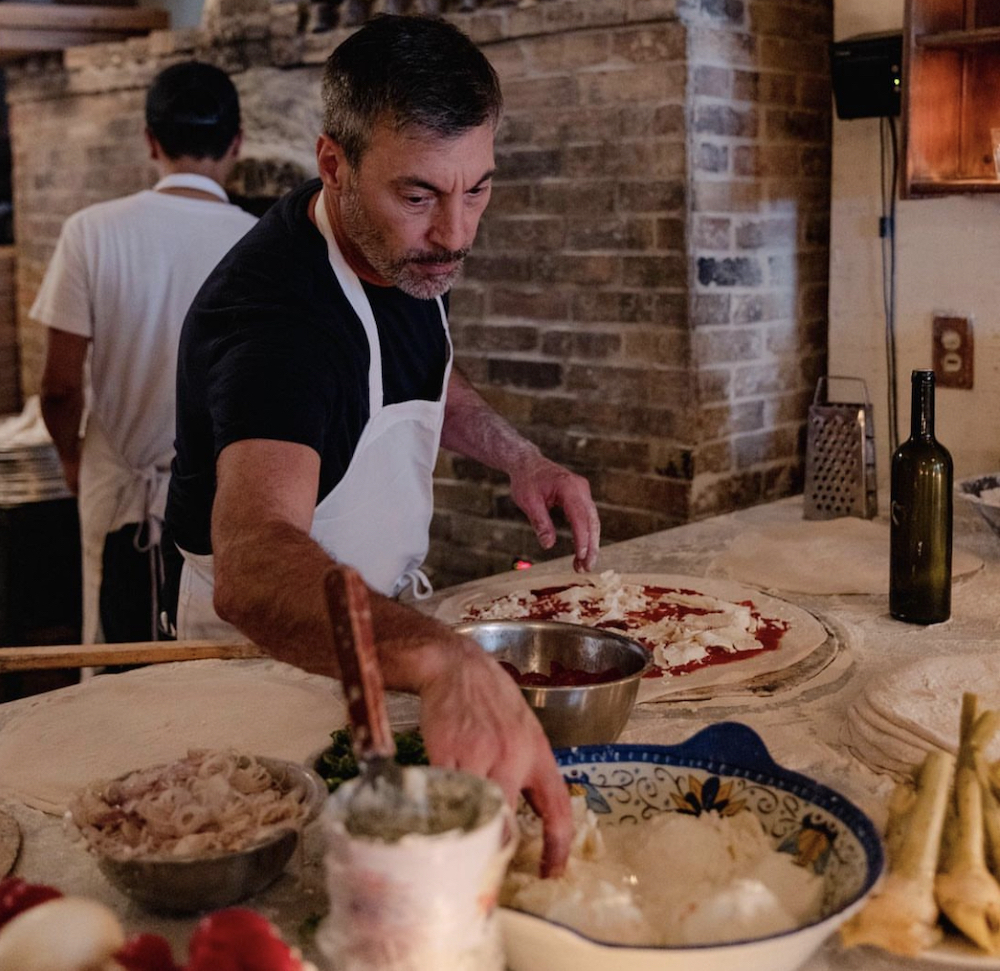 Related: Women in Pizza: How pizzaiolas are shaping the industry’s future

After 16 years as owner of Lucali, an acclaimed pizzeria in Brooklyn that attracts A-list actors and celebrities, Mark Iacono finally seems ready to believe the hype about his pizza-making skills. Almost.

Iacono sat down with Interview Magazine recently to talk about pies and the people with famous names who frequent his restaurant.

“You know, I stand back there, and I wonder, ‘Why? Why is it like this?’” Iacono told Interview. “And I kept questioning, ‘Is my pizza really that good?’ And here we are 16, 17 years in, and I’m starting to think that maybe the pizza is that good.”

In 2013, Iacono launched a second Lucali in Miami and also owns a slice shop called Baby Luc’s in Brooklyn.

He told Interview that Lucali’s success was “totally organic.” He had no prior restaurant experience.

In fact, as Iacono told Forbes in February 2022, “I really don’t know the exact science of the pizza. I know what I like, and that’s what I created. Somehow, I got lucky. But Lucali was originally supposed to be a slice joint, and it somehow morphed….I’ve been messing with everything from dough to different sauce recipes. I’ve tried every kind of cheese, every kind of flour 10 different ways, and I think I’m right there with the pie.”

“It’s more technique than recipe—proofing techniques, the cooking techniques,” Iacono continued. When he’s making pies with a new oven, he said, “I try not to tweak the recipe [and] try to adjust to the oven. I was in Naples, cooking with one guy…his recipe, his dough, his sauce, his cheese, his oven—and I pulled out a totally different pie just in the cooking technique…There’s a lot more that goes into what you’re trying to achieve other than the water, flour and yeast.”

In the Interview story, Iacono said he doesn’t take reservations for the rich and famous. “They get in line. The only people who get a reservation here are my regulars.”

“Listen, I’m not mentioning any names, but you’ll see a lot of them standing on the sidewalk with everyone else,” he added.