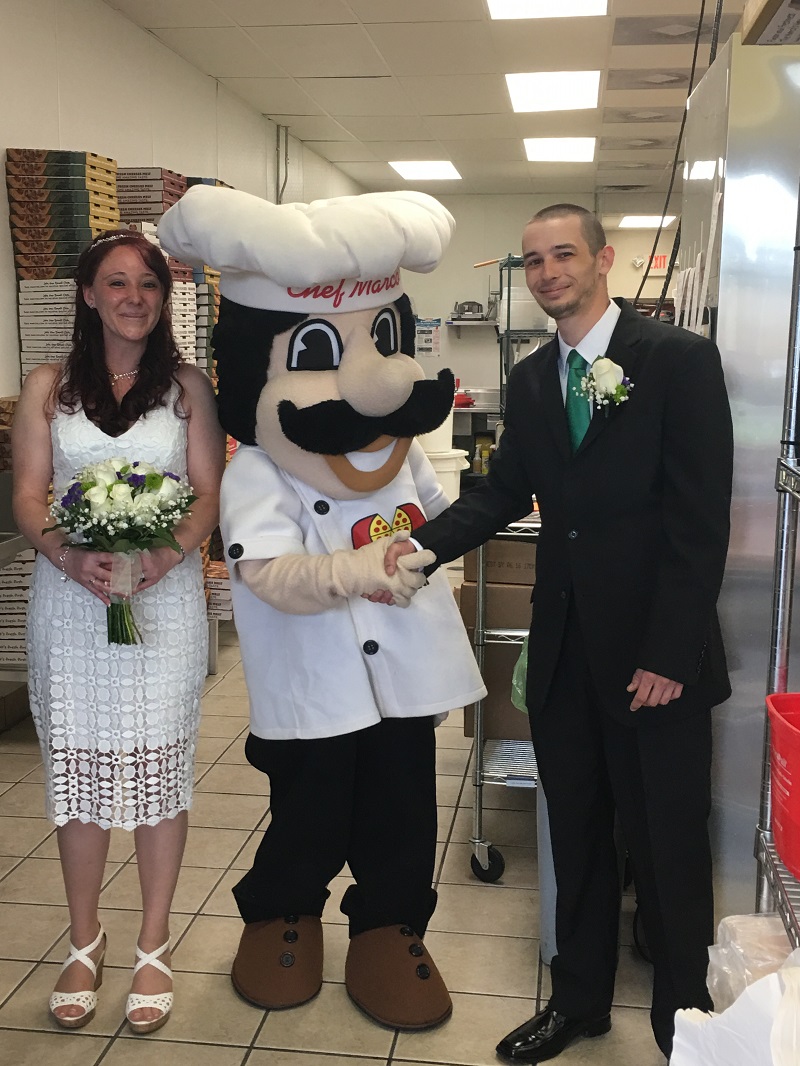 Pizza brings people together, in some cases for a lifetime.

That was the situation at a Marco’s Pizza in Chesterfield Township, Michigan, where General Manager Mason Jones and his new bride Jessica tied the knot late last year.

The wedding was a small, informal but colorful affair, with the Marco’s mascot acting as the groom’s best man, joined by Jones’ brother and two nephews as well as the Marco’s crew. The wedding photos were shot on cellphone. 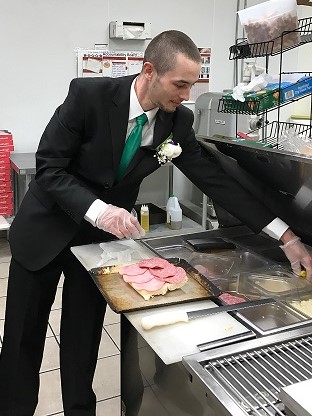 After the brief ceremony, the lovebirds cut the cake and dug into a Marco’s pizza. As the store got busy, Jones couldn't resist pitching in, answering phones and helping to fill orders while still dressed in his wedding tuxedo.

Pizza weddings aren’t exactly commonplace, but more pizzerias are developing menus specifically for catered weddings, while some are opening their doors for in-store nuptials and receptions.

Even Liz Barrett, PMQ’s editor at large, and husband Benjy threw a pizza wedding reception hosted at her favorite pizza shop, TriBecca Allie Café in Sardis, Mississippi. “First of all, we refused to go into debt for our wedding,” Barrett told PMQ at the time. “We spent a grand total of about $1,000 for the wedding and reception, allowing us to focus on a fabulous honeymoon overseas. Despite our slim budget, everyone who attended said it was one of the best weddings they had been to.”

Lisa Ostgen, owner of the Marco’s franchise in Chesterfield Township, works hard to forge strong personal connections between her employees and her patrons in order to create a better customer experience. The wedding demonstrated her GM’s commitment to his work and to the Marco’s brand.

“I was honored that they would choose to get married at my store, to ensure I could be a part of their special day,” Ostgen says. “Mason and Jessica are amazing people, and I am glad I was able to witness their wedding.” 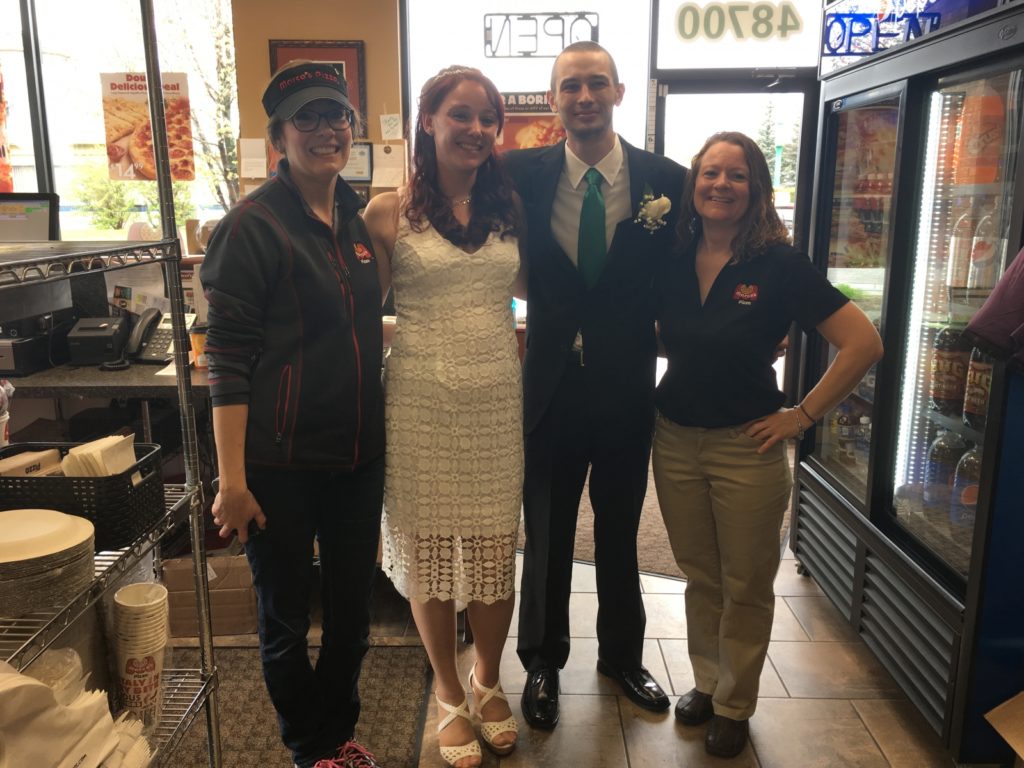