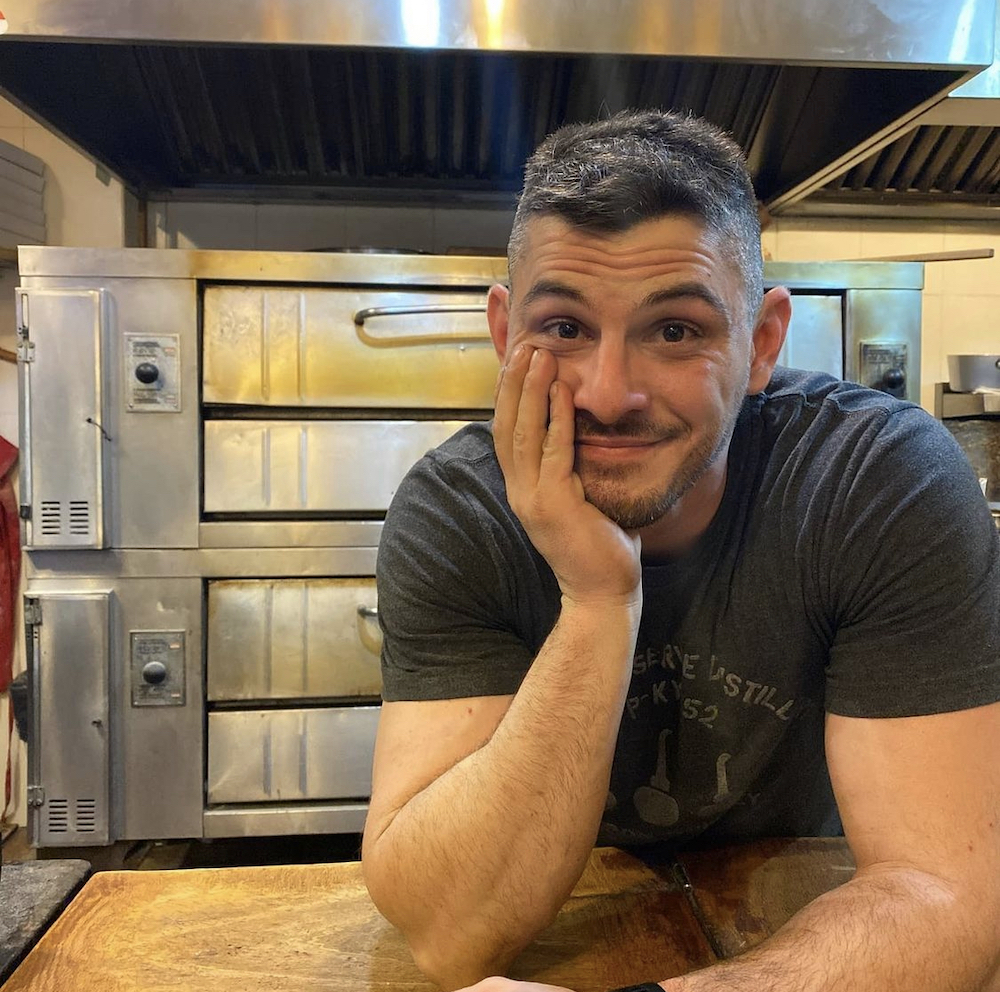 When Louie Suljovic, owner of Louie’s Pizza in Queens, New York, and his father, Cazim, realized that a group of thugs had attacked an older Asian woman outside their restaurant, they rushed outside and went chasing after the assailants.

The March 26 attack on 61-year-old Eun Hee Chang was one of many recent incidents of anti-Asian violence in New York. But Louie and Cazim were having none of it. Rushing to the woman’s aid, Cazim, who is 68, was stabbed nine times while Louie took a stab wound next to his spine that punctured his lung. Despite being unarmed, the father-and-son pizza makers managed to subdue two of the three suspects and held them down until the police arrived. Then, they walked under their own power to the emergency room at a nearby hospital.

Chang, a home health aide of Korean descent and a regular customer at Louie’s Pizza, was stabbed once in the back through her jacket.

Louie told Today.com that he had just one thought as he hurried to the woman’s rescue: “Somebody is in trouble, and they need help,” he said. “That’s it.”

“We’re not going to let stuff like that happen,” he added. “We take care of our community.”

Louie’s Pizza’s Instagram page makes no mention of the incident, but a notice posted after the incident states, “We will be closed for a few days. Family emergency.”

But most of Louie’s Instagram followers knew what that “family emergency” really was. The post received more than 2,650 likes and nearly 800 comments. Many commenters expressed gratitude and admiration for Louie and Cazim. One follower wrote, “Thank you! You guys are heroes.” Another wrote, “Sending you love. Thank you so much for stepping up.”

Aferdita Suljovic, Louie’s mom, said her family hails from Albania and had to rely on their community as they adapted to life in the U.S. She said her children were raised to help others, including strangers. “That’s the way we were all grown up to be,” she said. “If you see somebody, you have to help somebody.”

Louie has been recovering at a hospital in the Elmhurst neighborhood of Queens and hopes to be released soon. Cazim, his dad, will remain in the hospital for several more days to recuperate from his injuries. 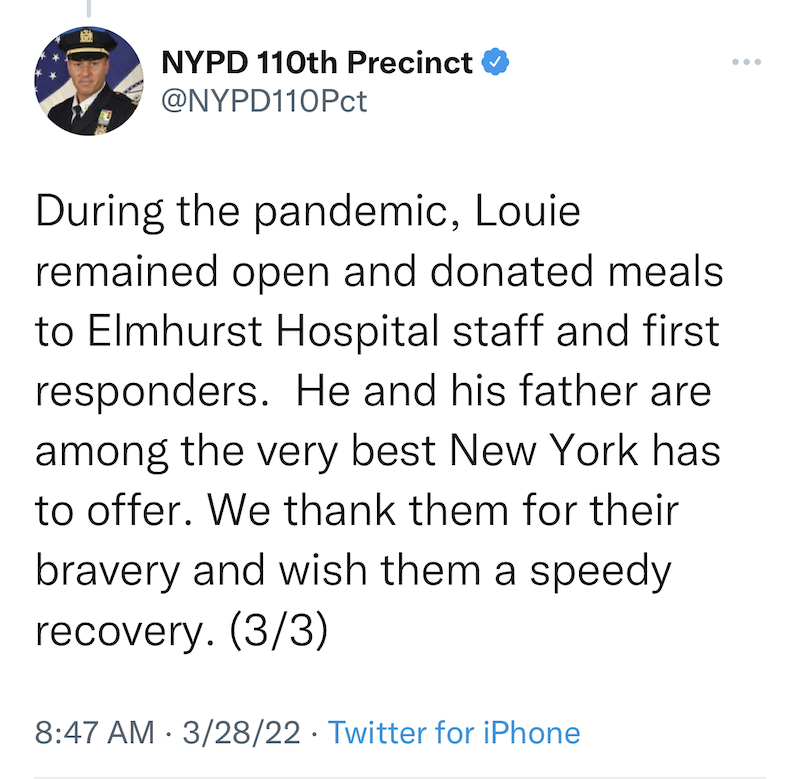 As NYPD’s 110th precinct noted in a tweet about the incident, Louie is no stranger at the hospital that has been caring for him. During the pandemic, he kept his pizza shop open and prepared free meals for the overworked staff and first responders. “He and his father are among the very best New York has to offer,” the NYPD tweet stated. “We thank them for their bravery and wish them a speedy recovery.”

Louie told Today on March 30 that he wasn’t sure about Chang’s condition, but he said he had one message for her. “We love you, and we’re here for you, and we will always be here for you.”

ABC 7 in New York has reported that Chang, who does not speak English, underwent treatment for her injury and returned to work the next day because “she needs to work to survive.”

“In what is common cultural Korean behavior, Chang is blaming herself, telling us the street was narrow and perhaps it was her fault because she got in their way,” CeFaan Kim, a reporter for ABC 7, reported. Chang has declined to meet with doctors or police for follow-ups because “it will get in the way of [her] work.”

Louie told Today he worries that New York City has become increasingly violent, especially towards the Asian-American community, and that he felt he needed to “stand up” for victims. “If the communities don’t start taking back their areas, we’re going to lose our city,” he said. “We’ve had enough of the sheer violence on people who are incapable of defending themselves.”