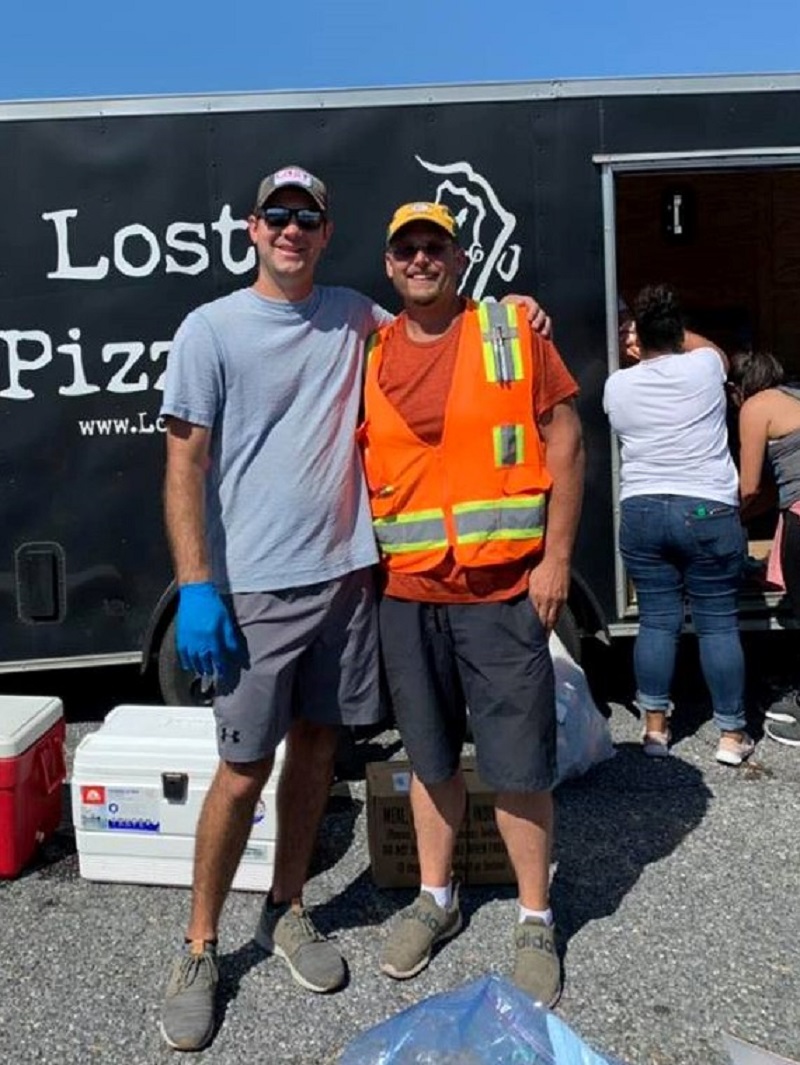 As Floridians reeled from the devastation of Hurricane Michael, help was on the way—all the way from the little Delta town of Indianola, Mississippi, thanks to the owners of Lost Pizza Co.

Indianola natives Brooks Roberts and Preston Lott, who co-founded the popular Deep South pizza chain in 2007, presently live in Santa Rosa Beach, Florida. But when the hurricane blew in, they evacuated with their families back to their Mississippi home town. Once there, they quickly set about making a difference in the lives of the storm's victims in the Sunshine State.

“While in Mississippi riding out the storm and seeing the devastation on the news, we decided to do something to help,” Roberts says. They parked a 16-foot trailer outside their Indianola restaurant and used social media to ask locals to donate supplies, such as canned goods, bottled water, clothing and other necessities.

The donations came pouring in, filling the trailer up in just a few days. “Once it was full, it was FULL,” Roberts says.

Meanwhile, Roberts and Lott had returned to Santa Rosa Beach to organize an effort to feed Panama City residents whose homes had been ravaged by the massive storm. Their friend, Paul Artman, transported the loaded trailer from Indianola down to Panama City, and the Lost Pizza entourage set up food stands at multiple locations in Panama City. “We wanted to be able to feed as many folks as possible, and doing pizza with no electricity wasn’t going to work, so we decided chicken tenders and fries would be best because we could do it with portable propane fryers,” Roberts says. “We asked our food vendors to help, and Koch Foods donated the chicken.”

In a Facebook post, Lott described the scene at one gathering on Cherry Street. “We had the military to our left and the Red Cross on our right,” he wrote. “Guess who had the longest line! We served over 600 plates of chicken tenders and [French fries] along with many sack lunches and fruit our neighborhood friends put together. We filled and refilled tables with supplies and water from the Lost Pizza trailer. We heard ‘God bless you’ more than any one person deserves … We were told over and over this was the best meal they have had since the storm.” 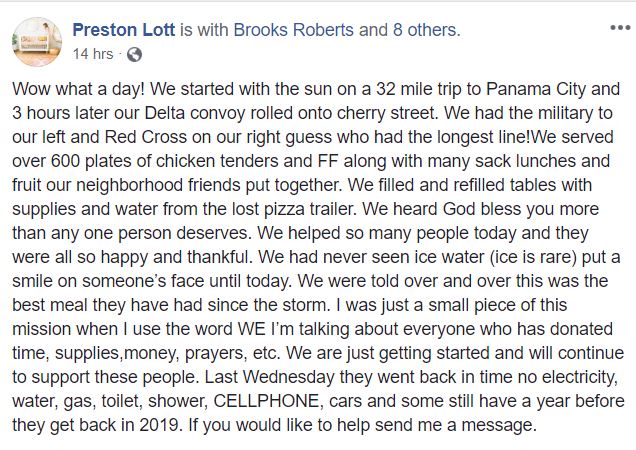 “I was just a small piece of this mission,” Lott added in the post. “When I use the word WE, I’m talking about everyone who has donated time, supplies, money, prayers, etc. We are just getting started and will continue to support these people. Last Wednesday, they went back in time to no electricity, water, gas, shower, cellphone [or] cars, and some still have a year before they get back in 2019.”

Lost Pizza Co. has 13 locations in Mississippi, Arkansas and Tennessee. Mississippi Magazine has ranked the company’s food as the “Best Pizza in Mississippi” for four straight years.

Hurricane Michael, a Category 4 storm, wreaked devastation on the Florida Panhandle as well as sections of North Carolina, Virginia and Georgia. CNN reports that it killed at least 32 people in those states, including 15 in Bay County, Florida, where Panama City is located. Bodies are still being recovered by rescue workers in the area. 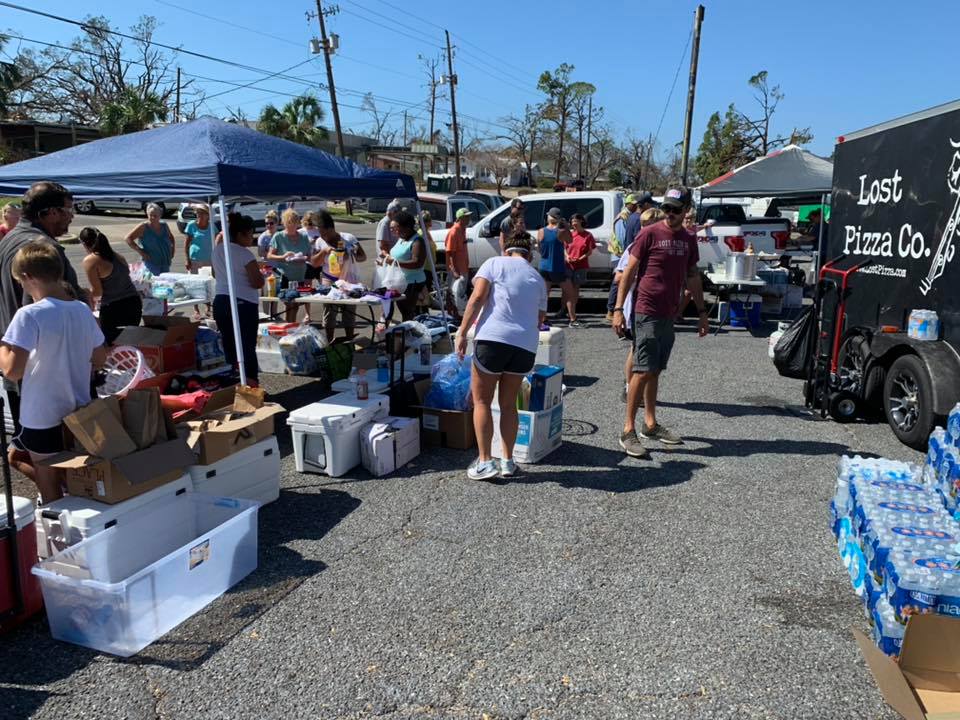