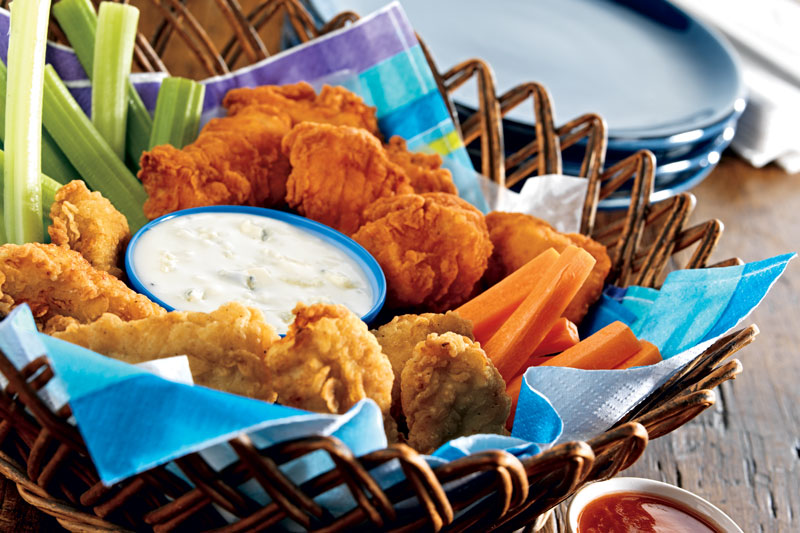 More than half of consumers polled in a recent survey(1) said they prefer boneless chicken wings over bone-in wings. But according to NPD Crest data,(2) which measures consumer-reported foodservice meals, almost 64% of all wings sold over the past year were bone-in. “That represents a real opportunity for pizza operators,” says Keith Arnold, head of marketing for Pierce Chicken. “There’s a lot of room to grow boneless wing sales, and the good news is, there are a number of things operators can do to tap into that opportunity.”

In spite of common perceptions, 56% of men surveyed said they prefer boneless wings (compared to 54% of the female respondents). Men do consume more bone-in wings than women, but they clearly want the boneless option.

Emphasize the great flavor of boneless

Not surprisingly, flavor was the No. 1 reason consumers said they prefer bone-in wings, and it also ranked as the most important attribute for all respondents. Offering quality product with signage and menu descriptions that emphasize the great taste of boneless wings can go a long way in driving trial.

Go easy on the breading but be generous with the sauce

Survey respondents said tenderness/juiciness of the meat and sauces available are the second and third most important product attributes respectively. Choosing a lightly breaded boneless wing product, such as Pierce Boneless Wing Dings and Boneless Wing-Zings, allows consumers to taste the marinated meat, while letting them choose any sauce from your bone-in menu gives them the customization they crave.

Offer your customers a deal

A higher percentage of boneless wings are sold on deal than bone-in, driven by the top casual dining chains. Steal a page from their playbook and offer discounts on a certain day of the week or during happy hours.

Market to families with kids

Parties with kids are more likely to order boneless wings, and that number goes up significantly if the kids are six years old or younger. Adding boneless wings to the kids menu or to a family meal deal with pizza can result in increased check totals.

“QSR Pizza chains are top-of-class when selling bone-in wings,” Arnold concludes, “but they lag significantly behind Bar & Grills with boneless wings. We at Pierce Chicken are ready with the products and support that operators need to close that gap and see their sales grow significantly.” 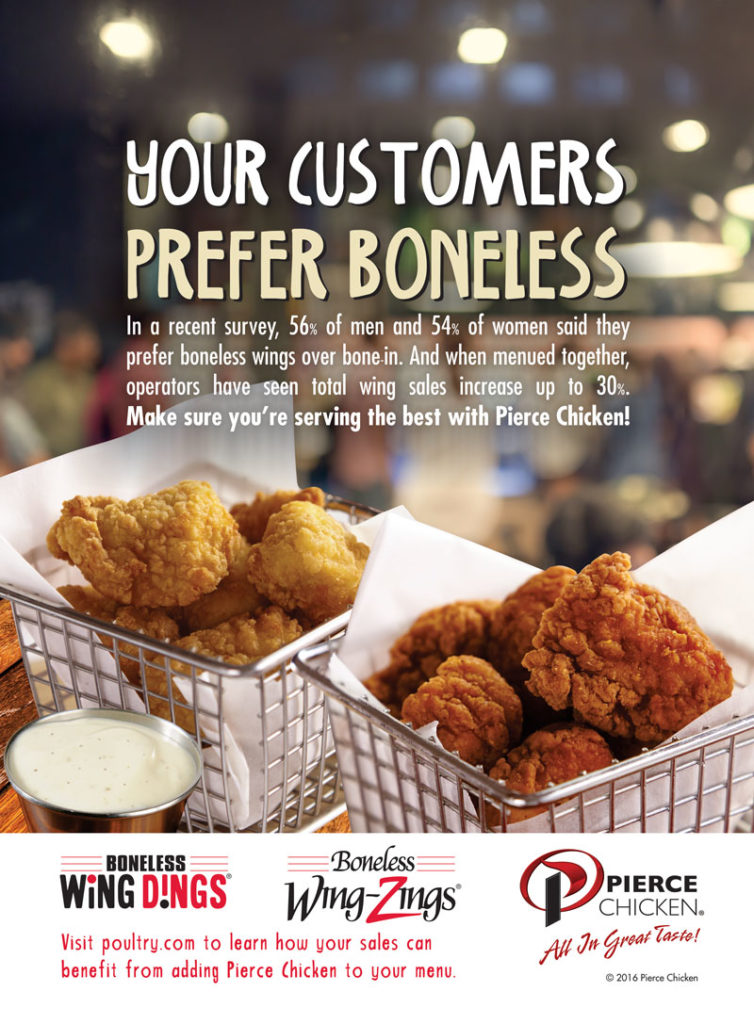