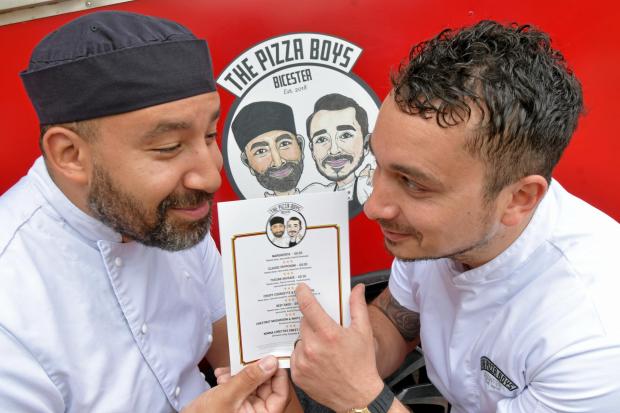 Hungry customers don’t always know what they want to order, but a quick whiff of Parmesan and oregano can convince them pizza’s for lunch. That’s the grand scheme behind the scented menus offered by Pizza Boys in Bicester, England.

Looking to set their mobile pizza operation apart from their competitors, co-founders Danny Holman and Simon Holder approached instantprint, one of the U.K.’s largest online printing services. “Simon and Danny were existing customers of ours, and when they came to us with this off-the-wall idea for menus, we, of course, jumped to the challenge. We pride ourselves on being able to deliver exactly what our customers want, and we weren’t about to let the fact we’d never done it before stop us,” said Jon Constantine-Smith to the Yorkshire Post.

The printing company created the menus with a scented varnish.  Holman said they could “smell the unmistakable scent of pizza seasoning” when they opened the package of menus.

“We take real pride in the pizzas we make, using only the finest Italian ingredients along with locally-sourced produce to create the best-tasting, innovative pizza flavors in the area,” he said. “We really wanted this to be reflected in everything, from our custom-built pizza trailer to our menus and branding, which is how the idea for scented menus came about. We wanted to stand out for being different, and, if we’re honest, we weren’t at all sure if it was possible, but the guys at instantprint really rose to the challenge,” Holman told the newspaper.

Pizza Boys offer 20 styles of stone-baked Neopolitan pizzas, which they serve out of their bright-red food truck at markets and gatherings like the Thame Food Festival, Bicester Bike Ride, and East Oxford Market.  Pizza Boys launched only last November, and it has grown in popularity since.

“Since March we’ve been fully booked,” Holman said. “Things have taken off really quickly. We’re booked for weddings, parties, and events – we’re really surprised at the amount of interest we’ve received. A lot of people know about us thanks to social media – it’s pretty much free promotion.”