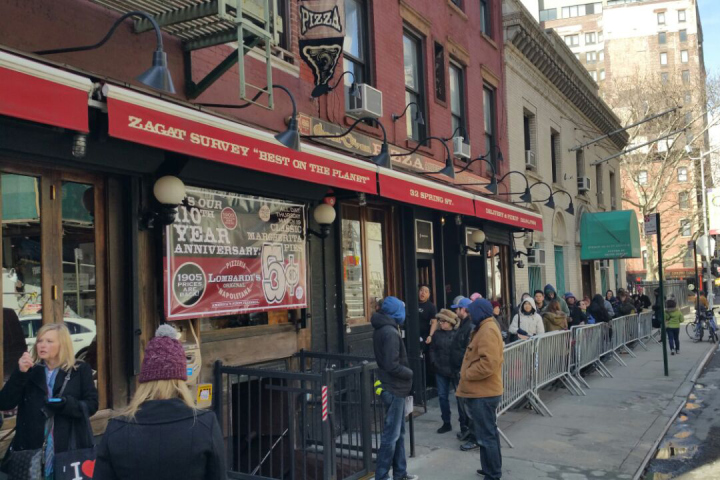 A New York pizza institution is going old school. Get a slice of the action! Legendary Lombardi’s Pizza on Spring Street is celebrating its 110-year anniversary by dishing out small Margherita pies for a mere 5 cents apiece.

NYpost.com reports the 1905 price – more than $20 less than today’s – was good all day March 19 for dine-in customers at the Spring Street pizza joint. Manager Gil Soto said the pizzeria offered the same promotion for its 100th anniversary back in 2005 – when they sold more than 2,500 pies at the price from 1905, when Hizzoner George McClellan was mayor.

Read more for a trip down Lombardi's Pizza memory lane.