Should Pizzerias Add a 'Living Wage Fee' to Every Check? - PMQ Pizza Magazine 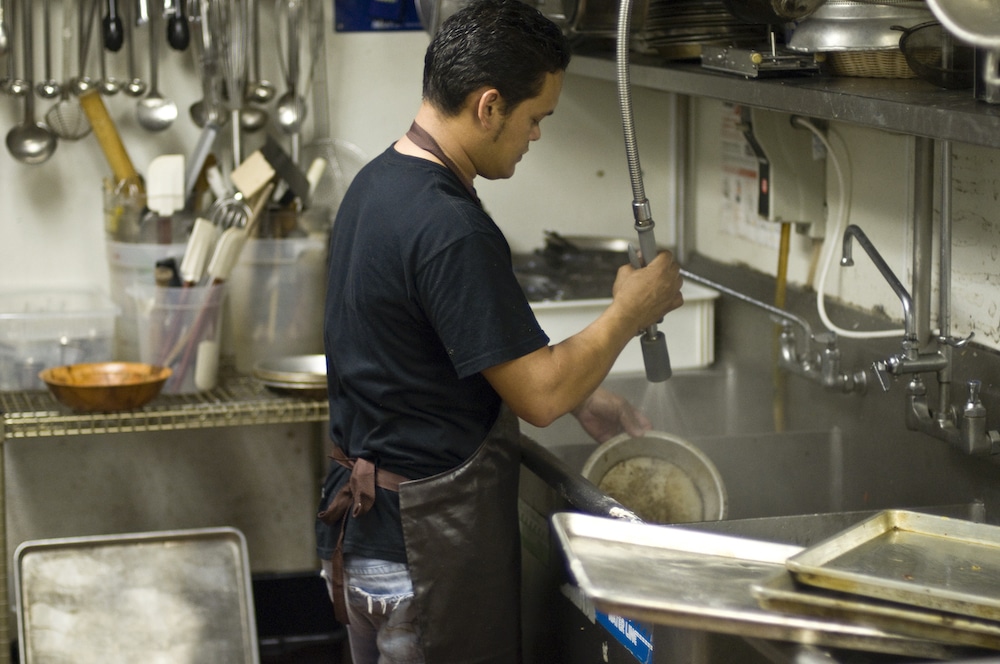 Related: How a minimum wage hike could impact the restaurant industry

What happens when a pizza restaurant tacks on a “living wage fee” to every customer’s check in lieu of a tip? The owners of Pizzeria Toro in Durham, North Carolina, plan to find out. But recent history suggests it’s a risky move.

Cara Stacy, Gray Brooks and Jay Owens announced on Facebook this week that their store, which reopened today for dine-in service, will introduce a living wage service fee of 20 percent to guests’ bills. “We believe that all hourly wage workers—seen and unseen—are the backbone of Pizzeria Toro and deserve a guaranteed livable wage,” they explained in the post. “We strongly believe this is the future of restaurants.”

The trio of owners said they will eventually start adding the 20-percent fee at two other Durham restaurants they own—Jack Tar Restaurant and Littler Durham.

One hundred percent of the fees collected will go directly to Pizzeria Toro’s hourly-wage staff. “Because of this, no additional tip is necessary or expected,” the restaurant owners wrote in the post. “As always, if you choose to leave an amount above and beyond this, it will, of course, be greatly appreciated.”

Brooks told ABC11 that the fees will be evenly distributed to back-of-house and front-of-house employees, including dishwashers, servers and bartenders. “Our idea is to have people have jobs, make more, [so] they can work … one fulltime job and not have to have a second job,” he said.

Although Pizzeria Toro still allows its servers to accept gratuities, it remains to be seen how customers will react to an automatic 20 percent bump on their bills.

Some restaurants in Denver began adding service fees to their guests’ checks back in 2020 as the city’s minimum wage rose to $14.77 and the tipped minimum wage went up to $11.75. Among them: Bar Dough, an Italian eatery with pizza, Burger & Tap and Señor Bear, all co-owned by Juan Padro. He and his partners switched to a “hospitality-included” model, adding a 20-percent fee to every bill and dividing the proceeds up among his hourly staff. Like Pizzeria Toro, those restaurants make it clear to customers that tipping is still allowed and appreciated but not expected. Padro told the Denver Post recently that his back-of-house employees now make between $23 and $28 per hour under the new policy while servers still take home about $40 an hour between wages, tips and the service fee.

“We’re just playing by the rules,” Padro said, adding, “All of it goes to the employees, bottom line. The service-charge model gives you tremendous flexibility to take care of your people.”

Similarly, Danny Meyer of Union Square Hospitality Group tried in 2015 to tackle the restaurant pay equity problem by getting rid of tips entirely and switching to a hospitality-included model. Meyer marked up his prices significantly, raised servers’ base wages and set up a revenue-sharing program for his employees.

But Meyer did an about-face during the pandemic, announcing in a July 2020 LinkedIn post that he was abandoning the policy. The hospitality-included model, he wrote, “was able to make some strides in narrowing the wage gap, but it was never easy to make the math add up for all stakeholders, even in far more robust economic times.”

In the post, Meyer detailed the problems with the policy. He noted that his restaurants’ menu prices had to cover 100 percent of operating costs, including employee benefits, such as family leave, sick pay and a 401K matching plan. “Dining room compensation would need to be competitive with other restaurants, where tipping was the norm, to assure that our dining room team members would be motivated to provide exceptional service and hospitality even in the absence of receiving tips from our guests,” he wrote. “Furthermore, guests would need to understand a system that would only allow them to say ‘thank you’ by voice and not permit them to do so monetarily. And somehow, the equation would need to lead to profitability so that shareholders—who philosophically supported the program—would also see ‘hospitality-included’ as a sustainable business.”

The policy survived for nearly five years—and then the pandemic hit. Union Square restaurants had to close their dine-in services and abruptly pivot to takeout and delivery. The economic uncertainties of 2020 forced the resurrection of tipping, Meyer said, although he pledged to continue “advocating for policy changes that will introduce much-needed equity into the compensation system,” including legalizing tip sharing.

Andrew Tarlow, the owner of several restaurants in Brooklyn, also tried a no-tipping model in 2015—and ditched it three years later. Like Pizzeria Toro, he raised menu prices across the board by an average of 20 percent and raised employee wages. But many of Tarlow’s employees quit, saying they were making less as a result of the change.

The same happened at Meyers’ restaurants, which over time lost between 30 and 40 percent of its legacy staff (those with between five and eight years of experience at the company).

Tipping servers has become a hot-button issue in recent years. As Eater reported in 2020, “The case against tipping is compelling: It facilitates racism, sexism and widespread wage theft; perpetuates a growing income gap between front- and back-of-house staff, particularly in cities like New York and San Francisco; and contributes to a stigma that service work is transitory.”

But many customers like tipping, and servers love getting tipped. Some economists have questioned whether a living wage, such as the oft-proposed $15 minimum wage, would even benefit tipped restaurant workers. In their recent analysis of Census Bureau data, economists William Even of Miami University and David Macpherson of Trinity University found that workers in states with the federal tipped minimum wage of $2.13 reported making $15.51 per hour on average in 2020.

Mike Fadem, co-owner of Ops, a pizzeria in Bushwick, told Eater last year that the hospitality-included model was a big let-down for him. When Ops opened in October 2016, he and his partners launched with a no-tipping policy balanced with higher menu prices. But, by September 2019, they still couldn’t turn a profit and gave up on the gratuity-free model.

The big issue was guests’ perception of value, Fadem said in the Eater interview. “In Brooklyn especially, I don’t believe it’s possible to charge the correct price to make tip-free work. People are happy to pay $25 for a pizza if it’s $20 plus tip, but if the menu reads $25 for a pizza, you’re looked at as ripping people off, even if it’s the right price for the cost of getting the food to the table.”

Although the living-wage movement continues to pick up steam, especially as restaurant owners face a labor crisis and struggle to staff their dining rooms, bans on tips have not been popular with American consumers in the recent past. According to a 2016 survey by Horizon Media, 81 percent of adult restaurant-goers frown on no-tip policies. “For over half of these restaurant-goers, the main drawbacks of built-in tipping come down to expected effects on service,” Horizon Media reported. “Fifty-five percent say they would be forced to pay the same amount no matter how good or bad service is, and 52% say it should be up to them to decide how much to pay for service.”